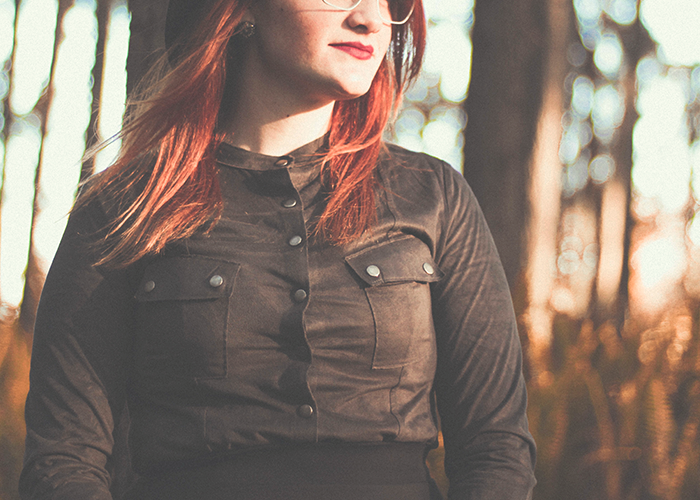 I got a job offer five whole months before I finished graduate school. While this should have simply been an uncomplicated good thing, for me, getting a job offer so early was surprising, and completely contrary to what I’d been trained to expect.

Early hiring may be customary for the hiring cycles of, say, budding lawyers, but this was not the norm for my field. In English studies, it’s rare to find full-time work quickly, especially work that has you doing exactly what you set out to do. It’s hard to get these jobs, and often people with PhDs edge out people with Master’s degrees. For the most competitive positions, people with publications, books, and years of teaching experience edge out even bright young PhDs. It’s a jungle out there. I don’t complain about getting a job really fast. I did, however, complain to my significant other about how long I expected to be on the job market, how strange and unrelated of a job I might have to take, etc., for many months of my grad school career. So I must have looked pretty silly — to both of us — when I got a phone call offering me a great, sustainable gig before I even had my diploma.

But, as I learned more and more about the job I’d gotten, it turned out that almost nothing about getting this position was totally in my control. It wasn’t widely advertised, so I found it because I looked at the employment page on the individual website of the school — and I had only heard of the school in the first place because I happened to talk to a friend who mentioned it. The job was only listed for a total of three weeks, so if that interaction hadn’t happened when it did, I’d never have applied. Because of the quick turnaround on the job, they only got a small pool of applicants, many of whom were also applying to many other jobs, and eventually dropped out of the running for this one. Everything I learned made me realize the job market is actually way less predictable than I thought.

It was these very factors that really ended up teaching me that one quick job hunt does not mean that every job hunt should or will be short. The unpredictability of the market taught me a few things about both preparing for the best, and not being blindsided by the worst. I hope these lessons can be beneficial to people in all kinds of job-hunting situations, whether your outlook is considered good or bad for finding that first position.

1. You may accidentally be pickier than you think in the job market, and it pays to know what you care about most.

I realized that I didn’t care about two big things: a long commute, and living in a relatively boring area where I don’t know anyone. These factors, much more than my credentials, pushed me to the top of the hiring pool, because people who wanted to live close to their work and who didn’t want to live in the rural Midwest just didn’t apply. I have friends who have a long list of particulars for their job hunts, and there’s nothing wrong with that. But part of not getting discouraged in the job hunt is knowing your odds. You add weeks of potential hunting for every “non-negotiable” you have related to your job.

2. It pays to learn what kinds of jobs in your field are hired at which times of the year.

I was considering, among many other things, jobs managing social media when I got out of graduate school — after all, I was trained to write well, and social media requires that. Those jobs, however, are rarely advertised ahead of time, so I focused on academic jobs first, because they hire between 3 and 6 months before the job actually starts. If there are jobs you’d consider taking that hire early, apply for them! Granted, it cuts out some of the potential quick-turnaround job opportunities, but this can be so nice if you are more worried about having a job than about what kind of job it is, or when you need to start it.

3. Turn any impending-job-hunt angst into applications.

I didn’t just apply for the job I got because it was a good fit — I had already started applying to anything I was remotely qualified for about two or three weeks before I got a bite about this job. I was super nervous about finding a job, thanks to my field’s expectations for my employability, and instead of just thinking constantly about how unprepared I was, I started applying to things. My nervous energy funneled into job applications, and even when I was using the cover letter to try to justify how my unconventional “fit” would work for the job, I was getting practice that would serve me well if I had to apply for a long, long time.

4. The job market isn’t about you, and thank goodness.

I now tell students this all the time, but even though rejection is awful and no one likes it, it’s become very clear that the job market is incredibly capricious — your particular field might be having a boom year, and there are just way more qualified folks than can be employed immediately. I have a close friend who is great at what she does, and highly skilled as an engineer, and she still applied to 150 jobs before getting the one she has now. While it never hurts to reach out to your networks, get a trusted professional to look at your resume, etc., as many long job hunts boil down to luck. My luck swung the opposite, but when I noticed all the nice circumstances that conspired toward me getting this job, I realized that it could have just as easily swung the other way, and it might have been 150 more applications before I got lucky.

5. Applying for jobs early can create a between-jobs or between jobs-and-school mini-vacation, and it’s a nice space in which to get ready for your next thing.

I didn’t plan for this all to happen, but the two-week break between my last grad school obligations and my new job ended up being the most amazingly useful time: I was in the throes of buying a house with my partner and planning a wedding, and having those days to just run errands and write lists and make life slow down just a little was wonderful. Obviously, that’s a privilege, not a right, but it really is nice to apply for jobs before you are unhappy with the current situation, and if you can swing the expense, take a few days between one ending and the next beginning. Life rarely hands us jobless moments that aren’t full of fear and uncertainty, so even a day off before a guaranteed new gig can really give you some much needed breathing room; I know I appreciated mine.