The 7-Part Checklist That Helps Me Nail Any Job Interview 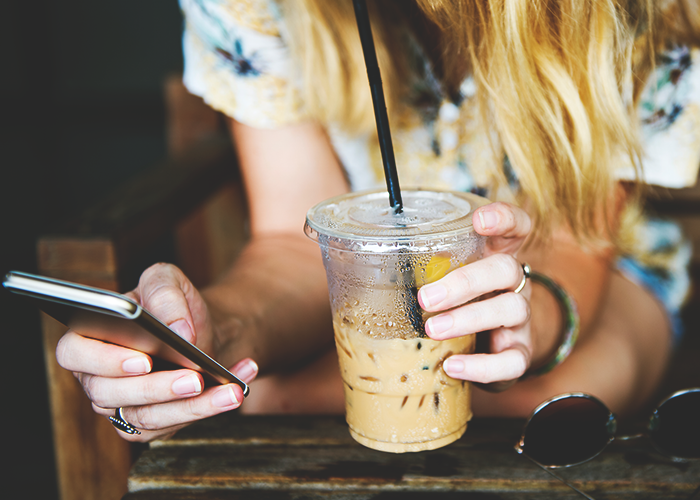 You know the feeling: the perfect witty reply that comes to you too late. You only think up the perfect comeback to “So, when do you plan to get a real job?” moments after you’ve already escaped to the car post-dinner with your family.

The worst is when something like that happens after a job interview — you walk out and realize you forgot to mention a specific experience you’ve had that they would have found totally relevant. Or, you blanked on what to ask them at the end, and only now do you come up with a million questions you should have posed.

That’s why I came up with a new strategy to prepare myself for job interviews. I’ve created a sort of “checklist” of key facts (about the job, and about myself) to arm myself with, and before each interview, I open up a new Google Doc and fill out the checklist. It’s for my eyes only — but if my interview is a phone or video call, I can keep it in sight for easy reference. If the interview is in person, I usually review my checklist the day before, and sometimes on the way there, if I have a chance to look at my phone.

The key is to keep the points you fill in short and sweet, preferably in bulleted form. This document will not be useful if you put in large blocks of text that you can’t easily skim during or right before an interview. Here are the bullets in my interview checklist:

Go through the job posting and take note of the specific requirements listed for the job that stand out to you. Bullet point a few skills in this section that you want so as to remind yourself to talk about or that an employer might not assume you possess from your resume. There’s generally no need to write down the most generic of qualities, such as “hard-working” — but something like “able to juggle competing deadlines” might be worth it, if you plan to tell an anecdote about your unique multi-tasking talents.

The best job postings will clearly break down the overarching components and goals of a job for you. For example, a typical posting for a social media management job might say your work will entail 1) development of new messaging and graphics, 2) building targeted advertising campaigns to attract new followers, and 3) interacting directly with the community online. Other job postings will not be so clear, and they’ll instead give a long list of the discrete tasks you’ll have to do, or just minimally list the skills they’re looking for (“need someone who has experience in Facebook ad campaigns and Adobe Photoshop”).

For this checklist bucket, either write down the top responsibilities of the job, or try to infer what they would be from the info you have. From the example I just gave, I would just write down “messaging & graphics, ad campaigns, community interaction.” Keeping an overview like that front and center during a long and rambling interview reminds me to hit all of the key components of the job, rather than focusing on one thing to the detriment of the others.

3. Key skills I claimed I had in my cover letter

When I write cover letters, I tailor them specifically to each job. In one cover letter, I may have described the same past experience with a greater emphasis on web skills I used in that job. For another cover letter, I may have included more about how that same job shaped my interpersonal skills. Writing a few points down in this section helps me remember what I emphasized for the particular employer I’m about to meet. It also prevents the potential embarrassment of seeming like what I’m talking about and what I wrote on the cover letter they printed out and have in front of them is totally mismatched… (Hey, we all have weird interview anxieties, and this is definitely one of mine.)

4. What excites me most about the job

Especially if you’re interviewing for a job dealing with a niche field or one that implicitly requires constant upkeep with the news — such as in politics, media, or otherwise — make sure you have at least a passing familiarity with what happened in that world in the last week.

For example, as I have been interviewing for environmental jobs, I write things down like “Major climate march happened in Washington, D.C. on Saturday.” If you end up having to make small talk with the interviewer while waiting for a colleague, bringing up current events can show your genuine interest in the field.

6. My questions for them

Many people have written that having well-thought-out questions for the employer shows that you are thinking critically about the organization and are serious about the role. Having questions written out has often saved me from giving a blank “uhhh” at the end of the interview when I am asked for questions but am relatively fried from an hour or more of conversation.

7. Bonus: Brainstormed answers to questions they may ask me

When I interview for jobs that are more of a deviation from the roles I have previously held, I sometimes imagine what they might be curious about, and write out bullet-pointed or even full responses. For example, because I have a lot of background in working on climate change issues, the question I am often most wary of is, “It seems like you have a lot of experience in climate work. What makes you interested in (completely separate issue)?” (I have many interests, I promise y’all! I like climate change work and startups. I am against corporate campaign financing and I can’t stop watching Millionaire Matchmaker. Okay, I’m done.)

Taking the time to consider that before the interview has really helped me deliver thoughtful responses. If there’s a question or two in particular that have tripped you up in the past, I recommend doing this, too.

One last note: Using tools like this is neither “being over-eager” nor “faking it.” Especially when you are super interested in a job, you have an obligation to yourself to organize your thoughts in a way that will communicate the best of who you are and what you’ve done. That doesn’t have to come naturally, because interviews are relatively unnatural situations.

So, pull up the job description, pull out your cover letter, and jot down some notes. Soon, you’ll be able to check “kill the interview” off your list.

Daniela Lapidous is a 23 year-old climate activist, writer, and researcher trying to figure out what “meaningful work” looks like. You can find her on Twitter or sign up for Small Dreams, her semi-weekly email of only good news about the world.