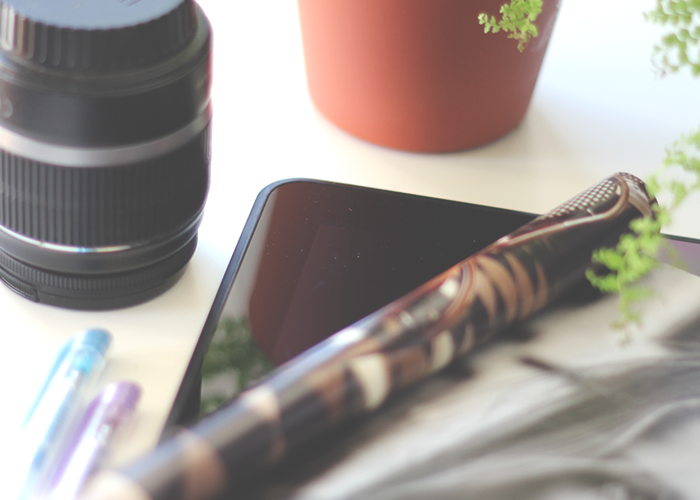 I’m grateful — as I’m sure all TFDers are — for Chelsea’s piercing, zero-B.S. commentary on the “unmentionable” pockets of shame, obfuscation, and self-appointed disguises that we all, at some point, have burrowed ourselves into while managing our money. I’m especially thankful for this post of hers: PSA: Stop Calling Yourself Poor When You’re Just Broke. Self-aware overstatements and playful exaggeration are part and parcel of internet-speak and our generation’s sense of humor; I engage in these lines of rhetoric along with everybody else. Hyperbole makes me laugh; it jostles my sense of self-importance when I’m dealing with difficult people or staggering amounts of work; holds my pride and proclivity for worry in check.

And, even though I’ve lived in very serious financial straits and illegally-managed housing, I balk at describing this period of my life as anything but “broke.” Yes, my income was below the poverty line for two years; I was unable to purchase new clothes (or many clothes from Goodwill). I relied on food from my current job to make as few grocery store purchases as possible (and usually only bought dry staples, canned beans, and generic-brand frozen vegetables when I did shop). I didn’t have any health insurance to speak of (though eventually, I managed to secure Medicaid coverage for myself). Once I had Medicaid, I went to a doctor’s appointment in the dead heat of August. Without explanation, was asked to provide a urine sample in an out-of-order bathroom that was set smack dab in the middle of the waiting lobby. The lobby itself was speckled with meaty houseflies, chairs with stains that rivaled the crusty, evaporated pools of suspicious liquids I saw each day on the subway platforms, and an overwhelming smell of body odor. I carried my own pee in a biohazard bag back through the lobby, in front of all the other waiting patients, and — at the encouragement of the utterly un-phased, very kind and funny secretary — passed it over the front desk. (There’s a lot more to this story, but suffice it to say that the resentful tax-payer’s argument that people “enjoy” welfare coverage and “ride the benefits” is one that can only be made by people who’ve never lived on Medicaid coverage.)

Despite these circumstances, I would not say I was not poor. I had a vast network of professional and social resources; though I knew no one who was capable of fully supporting my financial needs for any period of time, I knew enough people — family, even some friends — who could have given me genuinely loans if I’d ever asked for them. I never asked for money, but I did ask for help while searching for a job; without a doubt, I am back to living above the poverty line because of my larger community, their resources, and my own educational privilege.

That’s why I think J. Money’s second pick of the week, “How Growing Up Poor Made Me A Badass” is more than just a compelling account of personal growth and triumph. It’s a crucial reality check for all of us who are struggling with (very legitimate, might I add) first-world money problems. While reading “Growing Up Poor Made Me A Badass,” I remembered a few choice stories of my own struggles; at the same time, I recognized the inherent, first-world privilege embedded in those struggles (it’s incredible that live in a country where a government-subsidized healthcare program like Medicaid exists at all). The author’s anecdote about his teddy-bear coke bottle reminded me of how shimmeringly luxurious the simplest amenities (hot water!) seemed to me when I moved out of my condemnable building into my current apartment. When I took my first shower at my new place, I felt like I was bathing in gold. Naturally, these “luxuries” of mine have faded into everyday givens; I’m grateful for the author’s reminder of how incredibly lucky I am to live in the (by American standards, modest) way that I do.

I believe that shame is a useless tactic for communication (and a particularly toxic emotion), so I don’t intend this as a passive-aggressive, never-forget call to pipe down and suck it up. I want to offer it as a call for gratitude. Happy reading!

“My ‘awesome ideas’ folder is piling up, so I thought I’d release some of them for you today to help turbocharge your goals. See if any of these ideas stick with you!”

2. How Growing Up Poor Made Me A Badass — Millennial Revolution

“By using the skills I developed from growing up — Creativity, Resilience, Adapability, Perseverance…or CRAP (I’m not good at making acronyms) — I became a millionaire.”

3. The Nude Selfie Of Personal Finance — Retire Before Dad

“The ultimate nudist colony of net worth sharers can be found on the Rockstar Finance blogger net worth page. Bloggers from all walks of life, the fit and the financially flabby, fully expose their financial physiques to the world.”

4. What It’s Like Living In A Million-Dollar Home For 3 Weeks — My Money Wizard

“The truth is, despite all the flair, I still went to work every day. I still had chores to do. And the things that brought me the most happiness still involved spending time with people I cared about, doing things I cared about.”

5. How Jerry Seinfeld Made His Millions — Aol

“This is the secret sauce. This is how the top 1% of all performers are productive at a level that seems impossible to us earthlings.”

6. One Simple Question To Ask Before Any Purchase — Becoming Minimalist

“You know what you’ve been promised if you buy…but what if you don’t? How would your life improve if you said ‘no?’”

7. What Is Your Ikigai? — The View Inside

“An ikigai is essentially ‘a reason to get up in the morning.’ A reason to enjoy life.  Having spent most of the last few years helping dozens and dozens of entrepreneurs find their ikigai, whilst also searching for my own, I can now visualise where it belongs.”