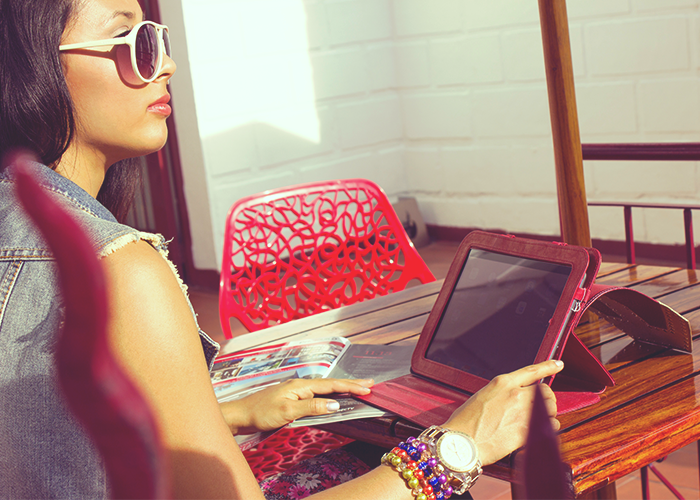 The older end of the millennial spectrum is the last generation that did not grow up with social media. While the kids of Gen-Z made their first digital footprint before they hit puberty, we can all remember playing outside, riding our bikes, and having fun without also having a mobile device in our hands. For most of us, Facebook was our first foray into social media, before Twitter, before Instagram. Some of us can remember when Facebook had a “The” in its title, when it was only open to users with a dot-edu email address.

Considering we’ve had social media for a while, we should really know how to use it by now. Of course, there’s not one “right” way to utilize social media, but when we think of it as a tool to brand ourselves, or to appeal to potential employers, it becomes obvious that there’s probably some concrete do’s and don’t’s to follow. Yet I’m amazed by some of the things I see my friends and acquaintances do on Facebook, Twitter, and Instagram — with their accounts set to public.

Of course, your social media is yours, and should be a reflection of who you are. That said, if your accounts are open to the world, it’s a good idea to be mindful of what you’re putting out there for literally anyone to see. Here are seven things that you might want to think about putting a moratorium on — permanently.

1. Complaining about your current job.

, you should never, ever, ever trash-talk a job or a boss on social media. Sometimes I’ll stumble upon a friend’s lengthy rant about a bad day at work, and notice that his or her post is set to public. First of all, your boss could see it — which would be bad enough. But if you’re looking for new work and a potential employer sees that you’ve publicly ranted about previous employers, they probably won’t want to hire you, for fear that you’ll do the same. This is sort of like dating. You know that feeling when you go on a first date, and he or she describes all of their previous exes as “crazy”? That red flag goes for the career world, too.

Can someone please explain to me why people post pictures of cuts, bruises, and scabs on social media? Literally no one wants to so see your close-up of your torn up knee after you fell off of your bike. Honestly, for the greater good, just stop doing this.

We’re all adults here, so it’s obviously not a big deal if you’re out with friends and post a picture of yourself with a cocktail in hand. But maybe refrain from photos of beer pong, doing shots, or any photo where you’re obviously Jersey Shore-level drunk. If you’re over 21, you’re not legally doing anything wrong by drinking, but it’s probably not a good idea to present yourself as a college freshman when you’re, like, idk, 30.

4. Writing or linking out to extremely offensive material.

Here’s what I mean by this: I have an acquaintance from high school who constantly — and publicly — posts sexist memes on Facebook, or recounts unsuccessful tales of trying to hit on girls — and then getting mad when they don’t respond to his liking. It’s gross, offensive, misogynistic, and obviously plays into rape culture. When people call him on it, he gets all up in the comments (see #6), claiming that he can write whatever he wants on his social media accounts. Sure. He totally can. But if I were looking him up after a job interview, I definitely wouldn’t want him in my workspace where he might offend — or harass — his female co-workers. (P.S. I’ve since unfriended this particular person.)

Let’s get this out of the way: We all love a good f-bomb. And in our private lives, some of us might drop them like crazy. And some of us might work in a relaxed environment where it’s fine to curse with our co-workers. But for people who don’t know us IRL, our social media presence is all that they have to go on. And there’s a professional standard that we all try to adhere to when meeting people for the first time — and it usually doesn’t include dropping f-bombs constantly.

6. Getting into public social media fights.

Social media spats happen to the best of us. And it’s important to stand up for what we believe in — now more than ever. But if that’s your M.O., if that’s ALL you do online, it makes you look combative. It makes you look difficult to get along with. And that’s not conducive to being a good employee, or being a good teammate.

At the end of the day, your Facebook, Twitter, or Instagram is yours. And of course no one can tell you what to do, and you alone make the decisions on how you present yourself online. But if you feel entitled to do any of the above things, make sure you know how to set your posts to private. Make sure you know how to make yourself unsearchable on Facebook. Don’t fool yourself into thinking that what you post online doesn’t matter — because it does. The Internet does not make you anonymous, and it is essential to remember that.