7 Unexpected Things I Cut During My Summer Closet Clear-Out 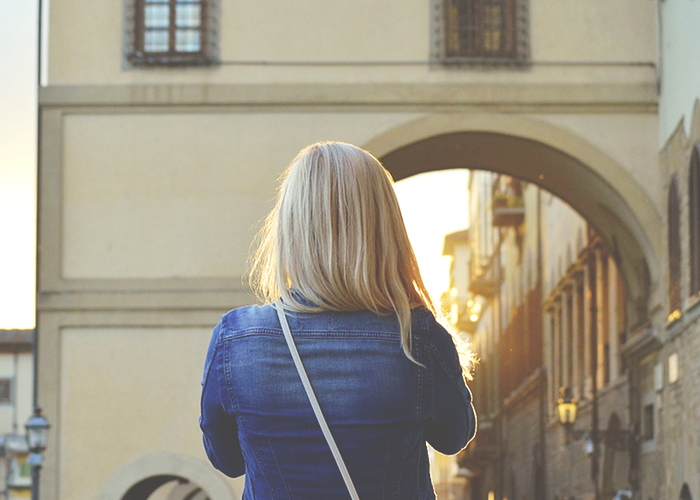 Being asthmatic during the summer is troubling for many reasons, one of them being the fact that even when it is freaking gorgeous outside, and all you want to do is frolic in the sun, you are often stuck sulking in your home because your lungs aren’t fit to deal with humidity. There are only so many 1000-piece floor puzzles I can do while watching so many Netflix reruns before I get hella bored and need to do something else to heavily entertain myself (and my tired old lungs).

Today, I took on my closet.

My closet is a scary place. When I first moved into this house, the bedroom had two huge closets, which was sweet because I could diffuse my useless crap between the two and make the amount of junk I’ve accumulated over the years look less absurd. But one of the closets was eliminated to make the room next to it bigger, meaning that all of my extra-closet-crap had to be moved to the other already-overflowing one.

I have a lot of stuff that I hang on to for reasons that aren’t real reasons, and most of those reasons are money-related. I feel like if I spent a lot of money on something, I should justify keeping it because it was expensive. If I spent hardly any money on it, I feel like I should justify keeping it because eh, it was cheap and maybe I’ll use it one day. If it is worth something, I’ll think about selling it, and then get weirdly possessive over it and wonder if it’ll be worth more the longer I hang on to it. You get the point — I’m basically insane.

The thing I’m realizing about being ~financially savvy~ is that it is much less about making consistently-perfect financial decisions, and more about recognizing your slip-ups and taking active and appropriate steps to ensure they don’t happen again. Accepting a small mistake for what it was and eliminating it from your life is a lot healthier than, say, letting it hang in your closet to mock you for years.

When I took to my big scary closet earlier today, I had every intention on just getting rid of a few unworn items of clothing. What I ended up eliminating has cleansed me into a state of near-bliss. I’m sitting in bed now with a sweetly-scented candle burning in a chic frosted jar and sipping water with sliced lime like the freaking minimalistic goddess I am after this closet clear-out. Here are the things that got cut, and exactly why I decided to rid myself of them.

I mentioned once in another List of Shame that my friend and I decided to start a business once. LOL. I finally got rid of the evidence. The failure was mocking me, and I kept them mostly just because we put some money into buying the supplies in the first place. I kept some of the glasses that would be useful, but the excess ones were just taking up space. I could have stopped going through my closet after getting rid of just these and felt completely cleansed, to be honest.

2. A sweater that I hate wearing, but wore often anyway.

I kept this sweater for years longer than it deserved, because it was a) pricey as fuck, and b) my ex’s favorite. Those were both dumb reasons to keep and wear a sweater that was ugly and uncomfortable. Be gone, hideous item of clothing.

3. A ton of hoarded cardboard boxes

I squirrel away boxes like a madwoman because I do sell a lot of clothes online, and need boxes to ship them in so I don’t lose sales (because lest we forget the lost sale I mentioned in my last post). However, having such an absurd amount of boxes makes me feel stressed out, and pressured to make even more sales. Additionally, boxes are free almost everywhere, so I don’t really need to hoard so many of them in my closet and justify it in the name of my side-hustle.

I have this totally ill-fitting formal gown that I got somehow at a thrift store for $1 many years ago. I actually never even wore it once, but I’ve kept the thing for all these years on the off-chance I need to wear a formal gown somewhere, so I don’t have to spend the money to buy one. Well, I’ve never needed to wear one, and I probably never will. I don’t exactly attend formal events, and if/when I ever do, I’ll bite the bullet and buy myself a dress I’ll actually look good in and feel comfortable wearing.

5. A huge chunk of clothes I had listed in my Poshmark closet.

It is so insanely hard for me to toss out or donate clothes that I was trying to sell on Poshmark, because in my mind, those clothing items were supposed to be making me money. But after sitting in my virtual closet for months with no attention from potential buyers whatsoever, it really just becomes pathetic to keep them piling up in my closet and stressing me out. Rather than obsessing over every possible potential dollar I could make off of those pieces if someone bought them someday, I threw them in a bag for Goodwill, and already feel like a huge weight has been lifted.

6. Textbooks that the bookstore wouldn’t buy back, and wouldn’t sell online.

I usually sell my textbooks back to the university bookstore, or try to sell them on Amazon

. But the ones that don’t make me any money usually just sit in my closet for years after I use them, because I can’t justify getting rid of books that I spent so much money on. But the truth is, I’m most likely never going to crack open that god-awful French textbook ever again, so even though it was $250 and ended up being virtually worthless after the semester was up, I need to just let it go.

7. A box full of birthday/Christmas/graduation/whatever the hell else you receive money-stuffed greeting cards for.

So, I promise I’m not dead inside, but I had to get rid of 98% of my sentimental cards from friends and family members. It isn’t that I don’t love them, and I did keep some extra-meaningful ones, but mostly I hang on to those cards forever because a lot of them have money in them when I first receive them, and I feel like a jerk for keeping the cash and tossing the card after. I try to give myself a few weeks where I keep the card out on display and pretend it is more than just a money-vehicle before it makes its way to my desk drawer, and eventually, the box stuffed in my closet. I need to stop doing this to myself. Everyone gives cards, and everyone receives them. And everyone knows they’re not really meant to be kept forever. I need to stop hoarding them out of money-related guilt.