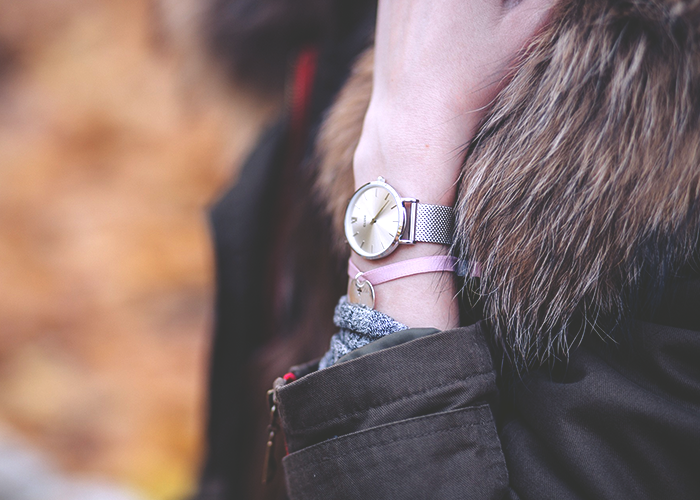 I’m moving pretty soon (!!!), and although I haven’t actually actively begun the process of packing my belongings, I do spend a heck of a lot more time thinking about it. Which is to say that I’m highly stressed out about the amount of shit that I own.

I write about minimalism sometimes, and decluttering, and cleaning (mostly closet and bathroom, my two most disastrous zones), and while writing about it does kind of help, it doesn’t necessarily change the fact that I’m kind of a hoard-y human being. Moving ultimately means whittling down my collection of things in order to make sure I’m not moving piles of useless crap over to my new place. Which gets me thinking a lot about my useless crap. I often feel like I have a very regular amount of clothes, but then I look at someone like my boyfriend, who has close-to-nothing, and I feel like a total hoarder, and like I’ve thrown my money needlessly at an excessive amount of junk.

And then I see my best friend’s, who basically has a closet that is bursting at the seams and spilling over into her bedroom, and I think, Maybe my collection isn’t so bad.

But then I remember that her closet is a third of the size of mine, and I’m back to square one, feeling weirdly insecure about how much stuff I have (even though I know that I haven’t spent very much on it at all).

How much is too much? Who really knows? Not me! To see how I compare, I decided to reach out to a bunch of women and ask them how much they have, and how much they spend (or have spent) on curating their wardrobe. Here’s what they had to say.

1. “I feel like I have so many clothes. I’m actually insecure about it. I have two closets and they’re stuffed full. And I have a dresser also full of clothes. And I have extras scattered elsewhere in my house. It is insane. And I’ll get rid of like, bags full at a time, and it still feels like I have way too many. I’ve spent a lot on clothes, when I think about it, I could have a pretty heavy bank account if I’d saved all that money.” – Lindsey

2. “I don’t have too much in the way of clothing, but I’m kind of embarrassed to say that I have at least 100 pairs of shoes. I’m not exaggerating. It is definitely excessive. And I keep buying them. And they’re not like, cheap ones. It is that sad Carrie Bradshaw moment when she realizes she’s spent $40,000 on shoes. I probably have spent more than I would be able to comfortably admit on shoes. It makes me sad, lol, I wish I didn’t answer this.”—Jasmine

3. “I have less than 30 items of clothing. But I’m not in a good place right now about my body, I just want to cover myself in stuff and that’s it. If I lose weight (and I’m really trying), I’ll want to really invest in a wardrobe. I’ve spent probably less than $200 on everything I own clothing-wise. Which sounds so cheap and crazy, but I buy theeee most basic stuff right now. Just pants, shirts, warm coat, etc.” – Ashley

4. “I don’t think about this much but it seems I have a pretty average wardrobe. It is just basics, stuff for work, casual stuff, a few nice things. It fits comfortably in my closet. I’ve done that ‘buy quality pieces’ thing, and it has worked well for me. I’m not terribly into fashion, so experimenting with cheaper fast fashion pieces and having a more extensive wardrobe doesn’t make sense for me. I’ve spent a good chunk of money on my professional wardrobe, but it is very practical and not excessive.” – Christine

5. “I have a lot, maybe not a crazy insane amount, but definitely a lot. Definitely more than necessary. I go shopping like, once a week or a few times a month at least. I’ve spent a good amount, but I do get rid of stuff regularly, and I consign so I’m making a bit of money off luxury pieces sometimes.” – Shannon

6. “I’m actually in the process of a wardrobe overhaul. And not like, a regular old getting rid of stuff closet purge. I just recently got my first ‘real’ job with a salary much higher than I’m used to, and none of my clothes really feel like me anymore, so I’m seriously throwing everything away and replacing it all. Like What Not To Wear So I’m spending a ton right now on clothes, to be honest. So far, I’ve spent at least $900, and I know I’ll go a bit over that too. I’ve never done that before, though. I never had a crazy wardrobe full of fun fashionable stuff that I truly loved. It was always just clothes that I had because like, you need to wear clothes, being naked in public is frowned upon. So the money now is totally worth it, and I have it to spend, so I’m going to create a wardrobe that feels really adult and really like me. I want a wardrobe with no holes in it, so I might end up with a lot of stuff, but I just am proud at this point that I can afford to have the things I really want, clothing wise.” – Erin

7. “My husband might low-key hate me because he doesn’t have a closet anymore. Because I’ve taken his over. I have a lot more than I need, I know that for sure. I’ve also actually never donated, and I read TFD pretty regularly and when I see posts of closet cleaning and getting rid of clothes, I’m like, goddamn I should do that. But I am so emotionally attached. I have so much. I’ve spent thousands, easily, and I don’t want to throw my money away by getting rid of stuff.” – Emily