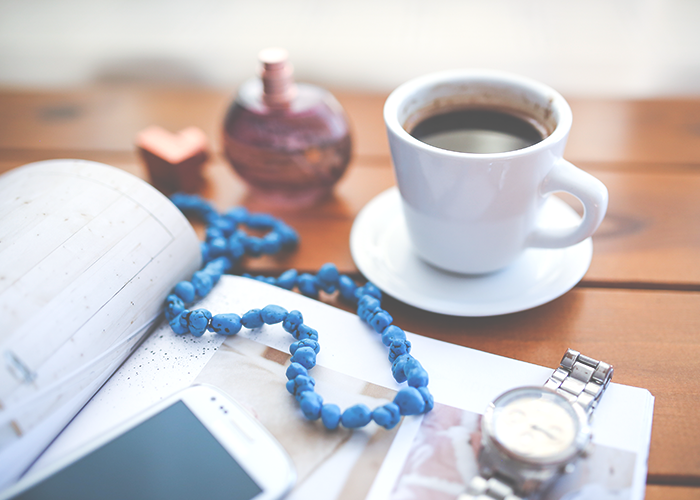 In almost every class I’ve taken in my Communication program, we’ve talked a lot about professional interviews. No matter how much I talk about them with professors and peers in class, job interviews are a thing that seems really scary to me. After 22 years of being alive, and seven-ish years of holding various jobs, I’ve never really had a formal interview anywhere.

As a nanny, most of my “interviews” consisted of talking on the phone to parents or meeting their children in person — and being hired on the spot if the kid seemed to like me. I worked at two mall stores that called me and gave me the job without interviewing because I’d gone into the store and told them I really wanted to work there (somehow, that worked). The closest thing to a formal job interview that I’ve had was when I applied to be Media Fellow for TFD, but even then, it was a phone interview that happened so quickly after it was planned that I hardly prepped for it, so I didn’t have to go through the nerve-wracking process of picking a nice outfit and preparing responses to questions I thought I would be asked.

I honestly have no idea how I would go about preparing for a big interview in a way that would prevent me from making some sort of stupid mistake, like calling my interviewer “mom” or something. But after listening to a few classmates recently admit some of their most terrible and embarrassing tales of job interviews gone wrong, I decided to search for and round-up a bunch of interview horror-stories. I figure knowing what to avoid in an interview is just as important as knowing exactly what to say and do, right? Here’s what everyone had to say.

1. “Oh yeah, I interviewed at an expensive clothing store and she asked me where else I shopped besides the store, and without thinking I said ‘Oh, I don’t even shop here, it is way too expensive.’ God that was so bad. I regretted immediately.” – Katherine

2. “I can’t tell if I was just so nervous that I forgot to pee or if I was so nervous that my body decided to make itself pee, but I was freaking squirming through an entire interview. It is gross, I know, but it happened. I could hardly form sentences; I was so distracted. It was terrible. I didn’t get the job. I didn’t get called back for another interview or anything. They were probably like oh shit this guy can’t even make words. But I just had to go to the bathroom so badly.” – Jack

3. “Ugh it was a group interview at the mall and we had it in the food court, and one of my friends was there and she noticed me so she kept walking by and like trying to get my attention. It was so obvious what was happening and it made me look so unprofessional. I actually got the job though, somehow.” – Abby

4. “I was asked why I wanted to leave my current job, I was so stupid and said it was because the management sucked and I didn’t like my coworkers. Lol. The person interviewing me knew my manager, called her, told her that, and I got fired. And didn’t get the new job. I want to die still thinking back.” – Elena

5. “I went through a time where I sent the same cover letter to many different places when I was applying for jobs, and I would just tweak the name of the company before I sent it. But I forgot to once, and I got an interview (probably because no one really looked too deep into what I’d sent to them) and the interviewer had my cover letter with him during the interview and was like ‘Oh… you know we are not this company, right?’ It was so embarrassing I don’t even think I attempted to follow-up after that interview.” – Nick

6. “I had a group interview for a store and the other girls were friends, and they were so comfortable since they were together and they seemed to have so much to say. I felt so quiet and awkward, and every time I tried to jump in and respond to a question I got immediately talked over. Then we were all told that we would be called back for a second interview the next day if they wanted one, and I never got a call, so I called them and asked if they wanted one. And the person who interviewed us was like ‘Oh right, I forgot about you… uh, we don’t need an interview. You can just have the job.’ So it isn’t a terrible ending, but it is still awkward that I was so forgettable that the interviewer felt guilty and just gave me a job.” – Crystal

7. “I went to an interview for a job that I was soooo under-qualified for, and that’s fine, because they decided to give me an interview, but the interview was so uncomfortable because she kept asking me about my experience with things and I straight up had no answer. It was so uncomfortable, I kept giggling because I felt stupid. I should have done my homework and come up with some sort of relevant experience.” – Hannah