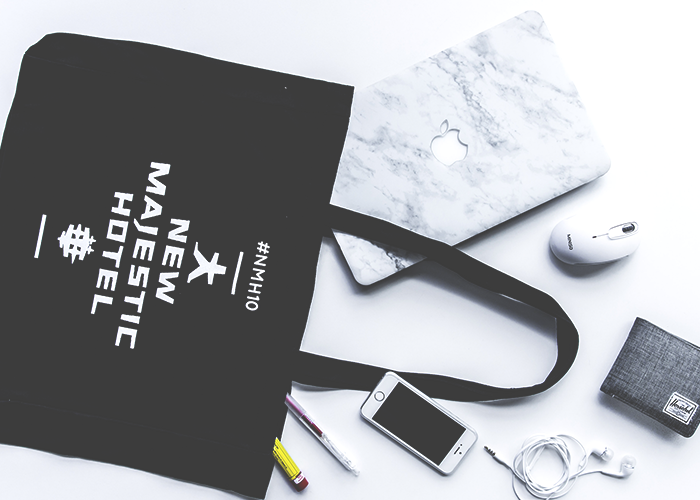 This month, I turned 25. While that felt painful enough on its own, I’ve had some extra cherry-on-top problems to deal with — namely uncertainty about my future, the fact that I am still in school getting my MA and, finally, my inability to take control of my finances. To make everything worse, I am also in this stupid habit of comparing myself to other people, and it just feels like, at my age, everyone pretty much knows what they’re doing. Everyone but me.

It’s not all bad, though: I have a small debt that I’m paying off steadily, and that’s very reassuring. I also don’t have student loans (where I come from, education is free if you get a full-ride scholarship from the government). I have my own place, and while I live in another city, I don’t have to pay rent. I fully agree, I am in a very, very privileged situation.

Even in all these circumstances, which are basically screaming at me “You don’t even have it that bad,” however, I have no savings, no emergency fund, no anything. I decided that 25 is the year I am going to change this, and thought back to the thing that I hear all the time: the first step is admitting you have a problem, right?

Well, here I am, ready to face nine of the most stupid and unnecessary purchases I’ve made in my life, ranked from simply dumb (AKA somewhat justifiable) to gloriously idiotic (AKA wtf were you thinking…). Hold my hand on this journey, please?

You know why some people succeed in life? They’re able to finish what they’ve started. And when they start, they do it step by step, rarely going all in at once. I am not one of those people.

When I started boxing, I got new mitts right away, even though the gym I went to had some old ones I could use. Then I got into painting and — of course — I got all the fancy brushes, watercolors and pencils. I was also for some reason thinking I’d be good in finances, so I bought several books on binary options. And so on.

(Granted, seven years later I got into kickboxing again, and those mitts

came in very handy. Well, every rule has an exception.)

I don’t even know Spanish. I mean, I’ve always wanted to learn it, and whenever I bought a new textbook I’d be like, “This one is gonna make me sit down and finally get fluent.”

I minored in German in university, and my knowledge of it is still non-existent. In order to achieve this impressive level I’m on, just visiting classes would have sufficed, yet for some reason, I still bought dozens of books on irregular verbs and tenses.

You get die Idee.

With so many things that App Store offers, I’ve (naturally) been in the habit of trying every single one of them. And each time, it unfolded along the same scenario as my notebook obsession (see below).

First, I buy a new planner or a productivity app, and feel very inspired about having my shit together and writing everything down, color-coding it, and putting little stars next to the tasks. I’d do this for a couple of days, then forget about it. Then I’d remember I’d downloaded an app (that now would probably have abandonment issues), and get back to it, still unable to get back in the game.

Honestly, with all the apps I’ve ever paid money for (that includes paid memberships and subscriptions), I am — in theory — a productivity Guru. However, when it actually comes down to it, it turns out that for me, pen and paper still work best.

I love photography, and it’s what I’ve been doing for a while now. I am by no means good at it, but I love me some new tech, because I convince myself I only suck because I don’t have the necessary equipment (which is completely untrue — there are great photographers who only use iPhones). I got this camera on a whim, and really enjoyed it as I snapped through the first pack of paper. Then, when it came to buying more, I discovered — much to my disappointment — that continuing to replace the paper is expensive AF. Way more expensive than I’m willing to pay for these cute Polaroid-style photos.

It now sits next to my books, and I just look at it, trying to figure out when I’ll stop making stupid decisions. Next to it sits my film camera. And there’s a similar story behind that purchase.

Heart beating fast, palms sweaty, vision blurred…When it comes to stationary, I am an addict. I just love it when my new pen glides so effortlessly along the lines of my new notebook…Ahhh. Just thinking about it makes me shiver.

This unhealthy addiction has resulted in me buying dozens of new notebooks over the course of my life. Every time it was the same thing: I got a new notebook, wrote something on the first page, made a mistake, or decided that this is not something I’d wanted to dedicate this notebook to, then abandon it. Well, it’s ruined already! Or, better yet, in my “new year, new me” spirit that I get into every December, I’d buy a dated notebook, write in it for the first few weeks, and forget about it — then, when I would remember, I’d just think, Well, I’ve missed so many pages, it’s just gonna look ugly now.

It took me a lot of willpower, but now I have only one notebook

— simply lined, no dates, no nothing. Turns out, it’s enough to write down everything.

When I was a first-year student in university, I made it my habit to order pizza…two or three times a week, especially during finals. In the city where I lived then, there was this delicious and relatively cheap pizza that I enjoyed way too frequently…Actually, so frequently that in a couple of years, I got, and I quote, “a life-long 20% discount on all my orders.” Life-long. It’s like someone gave up on me completely, and they were right to do so.

Now, I’m just thinking of all those times when I could actually just cook something instead of ordering, even if by “cooking,” I mean warming up a frozen meal in a microwave. God knows how much money I could have saved.

Yep, I actually did it. It was difficult, it was exhausting, but I calculated all trips I’ve ever taken via UBER.

The final result is honestly way more than I have ever expected. Worst insights include:

About a year and a half ago, I decided it was time to put an end to my couch-potato lifestyle. I was ready to lift, to run, to squat, and whatever else those Instagram models do to (literally) embody hashtag #goals. I found a gym that was located perfectly, right on my way from work to the subway. I had no excuses this time, and I was ready to look and feel gorgeous.

Yet I found many excuses to walk right past my gym without any qualms of conscience, get on my train, go home, order pizza delivery (see above), and enjoy my life. Over the course of nine months, for which I had paid, I visited gym exactly 20 times, most of which happened when I quit my job (yep, that job the location of which became the decisive factor when choosing my gym). Moreover, five months into my gym membership, I moved to another city, and didn’t even think of asking for my refund.

Now, I can justify almost anything on this list. Pizza? Well, I was hungry! UBER? Well, I was late. Gym membership? Well, I actually wanted to have a fit, toned body for a change. But this…this is impossible to justify. And that is why these shoes are at the top of my list.

When the shoe is beautiful and you can afford it — why not treat yourself, right? Wrong! You should at least see that it fits you, then buy it.

These particular Choos did not fit me (they were way too small), but they were so beautiful and on sale! I could sit or stand up straight in these shoes, but not walk — still, for some reason I decided it would be a good idea to buy them. Why? Why on earth would I decide on buying something that hurt me more than any of my exes did? There’s not enough embarrassment in this world for me to feel what I do when I remember this purchase. It was stupid, irresponsible, and probably the lowest point in my consumer life.

I think that covers my biggest mistakes. Now I think I need professional help (and also to do some budgeting).

Jane writes from Moscow, Russia. She works in social media management, is in her second year of getting an MA, and in her spare time, she loves kickboxing and crying over the (mostly financial) mistakes of her past. Sarcasm and self-deprecation are (quite obviously) her most notable features. You can find her on Instagram here.