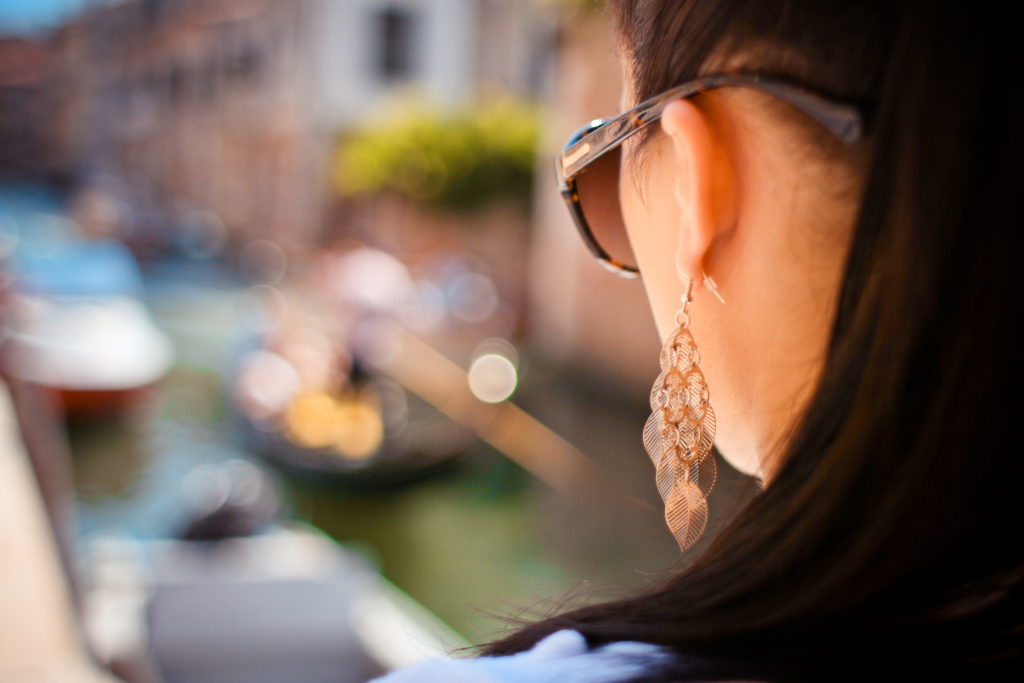 I often find that, in my attempt to be frugal-as-heck, I end up wasting more money than I ever needed to. Case in point: in my adult life, I’ve always thought it was a huge waste of money to get haircuts (because really, why should I pay someone to cut my hair when I could just keep it long for free?) but then I realized the money I was spending on shampoo, conditioner, and gross amounts of product to maintain the length and fix split ends was way more than it costs to get it dry-trimmed every few months for $15 (plus tip). Little things I do to try and cut corners and save a couple dollars here or there often end up costing me more in the end, and I’m trying hard to remind myself that sometimes, the things I think of as “money wasters” are actually the total opposite. In trying to be a little more mindful of my habitual money-stupidity, I’ve learned some things that I always thought were huge wastes of money are actually things that are helping me save. Here are some of the biggest ones:

1. Shopping at the real grocery store, as opposed to grabbing things as I need them at the convenience store.

I am one of those people who has eyes 100x bigger than her stomach, so I get super amped every time I walk into a grocery store, and want to buy e v e r y t h i n g. To prevent myself from getting excited and swipe-happy in the Stop & Shop, I sometimes try to just run down the street to whatever random convenience store is closest and grab just a few ~essential~ things as I need them throughout the week.

However, I’ve realized my “money-wasting” habit of buying a shit-ton at the grocery store is actually way more economical than grabbing milk and bread (and cookies, if I’m being honest) at the little convenience store. Those stores often mark up the prices like crazy because they’re not buying the food in bulk, like at big grocery stores. Most recently, I saw a box of brownie mix priced at $4 at the gas station convenience store, as opposed to the 99 cents I usually pay for the same exact mix. That’s some wacky bullshit.

I love reading magazines, but canceled all of my subscriptions a year ago in a fit of penny-pinching. The problem is, every time I see some recipe I neEeEeEed to make on the cover of Food Network mag, or see an outfit I like on any fashion magazine at the grocery store checkout, I drop $5 like it’s nothing and justify it because “at least I canceled my subscriptions!!!”. Heh. It really is more worth it to pay the $12-20 for the year to get every monthly issue of the magazine you love rather than tempting yourself with buying single-issues at the marked up price. For me, that Food Network magazine subscription is not at all a money-waster.

3. Buying the ~expensive~ gas at the conveniently-located gas station.

I live in a small, quaint town that boasts only a few tiny and usually pricier gas stations. For awhile, just because I hated paying the highest prices in Southern CT for gas, I would drive further away each time I needed to fill my tank to get gas for maybe five cents less per gallon. This is obviously stupid, because driving all the miles in between the gas station down the road from me and the one 15-20 minutes away from me was burning enough gas that the amount I saved was really being evened out. This was stupid, and although I didn’t really crunch any numbers to realize that, I know now that I’m saving cash by not driving to the $1.99/gallon gas station in New Haven (and consequently spending extra money to make a day of my New Haven trip!) and instead just dealing with the $2.10/gallon one that’s only seven seconds down the street from me.

I’m talking automatic, programmable, or espresso-machine coffeemakers. My designer coffee habit is a real thing and it is nearly impossible to pry the paper cup from my hands, especially on mornings when I have somewhere to be early as heck and don’t want to be bothered to brew the stuff myself. The really nice ones do cost a bit of money upfront, but I’ve found that having two nice coffeemakers – one that can be programmed the night before to start making coffee by itself before my ass even gets out of bed, and one that makes fancier, espresso-based beverages – helps me get amped about making it myself and prevents me from my dangerous “Eh, I’ll just stop by Starbucks!” mentality.

This one might make me sound like a jackass, but hear me out: I’m one of those people who doesn’t have dental insurance. That means that I often feel like (provided that I brush and floss daily, and generally avoid all of the bad foods and beverages dentists warn us about), then I can probably stretch a solid three to five years between professional teeth cleanings. However, at a recent five-year-check-up, I discovered that I had a freaking cavity that had been brewing probably since the last time I saw a dentist (which was probably in my true high school youth.) And guess what guys – those things aren’t cheap to fix. I’ve since found that, in addition to regularly brushing and flossing (seriously guys, floss your goddamn teeth – it is super important!), paying the bill for a good teeth cleaning every six months (or a year, if I really want to push it) just saves you valuable time and money in the long run.

This is an easy one, and has been discussed here on TFD many times (as recently as last week, when I wrote a whole dang post on it!) but buying expensive clothes is actually saving me money like crazy. I’m not talking excessively expensive, designer label stuff. I’m just talking sturdy clothing made of quality materials that won’t stretch and rip after the second wash and then need to be immediately replaced with another cheap version, and repeating that terrible cycle. I love beautiful clothing, but owning nice, sturdy pieces that are so timeless and beautiful on their own is actually killing my desire to buy cheaper, trendy pieces to play with. I’ve saved a huge chunk of money already by killing my silly fear of buying any article of clothing that cost over $40, and I plan to continue.

Hear me out on this: although I stated above (and many times before) that investing in high-quality clothing saves you money replacing your easily-ruined cheap crap in the long run, sometimes the cheap crap actually isn’t a waste of money. Sometimes, spending $70 on a trendy belt is just fucking stupid, even if it is made of the ~finest quality leather~, because you can get one that functions just fine for ten bucks. Sometimes, the trend you’ve been dying to try isn’t worth investing in a $100+ piece of beautifully-made clothing, because if you’re being honest with yourself, you will probably wear it for a few Instagram pictures and that’s all. It is important for me to remember that it is totally okay to just buy a few pieces of cheaply made clothing instead of trying to make every trend into an investment piece. The fast-fashion “money waste” actually does save me money sometimes, as a person who truly values clothing as a hobby. So yes, I’ve contradicted myself. But at least I’m saving money by being decisive about which pieces of clothing are worth money and which pieces truly aren’t.

I am all for going store-brand on a lot of items to save money, but I’ve recently found that when I grab the off-brand, inexpensive tissues and toilet paper, the quality is so noticeably shitty. The tissues tear apart the second any moisture hits them, which is an issue because (besides nose-blowing) I mostly use tissues for removing eye make-up or applying face toner. The cheap toilet paper usually functions fine, but the rolls are pretty much half the size of the pricier brands, and it is honestly ridiculous that since I got this cheap pack of toilet paper I’ve gone through it probably three times as quickly as I usually do. (Sorry for the toilet-paper-TMI. I’m just trying to be honest with you guys.)

9. Spending my actual money even when I have little, instead of charging everything on my credit card.

This one is also obvious, but I often find myself believing I have ~plenty of money~ (lol) because my banking app shows a nice big number in the account, and then I’m weeping as I pay my credit card bill at the end of the month because I forgot that I actually bought a ton of crap and just hadn’t seen the bill yet. Although I never charge what I know I can’t afford on a credit card, I still do swipe the thing often, because it makes me feel rich in the moment, and allows me to ignore the fact that I’m probably spending money carelessly because I’m not being faced with the dollar amount of what I’m spending until the end of the month. A few weeks ago, I actually started leaving my credit card at home more often and using my bank card or cash for most smaller purchases, just to make sure I’m actually able to see the damage I’m doing. It has saved me tons of money already in just the past few weeks.