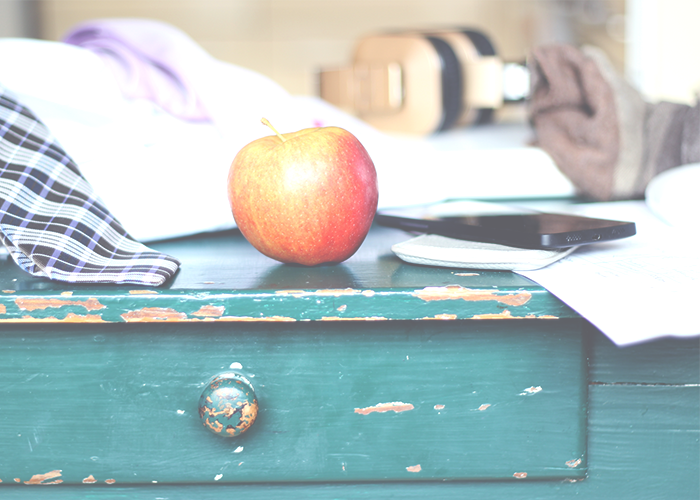 Recently, I was chatting with a friend of mine about an article in The New York Times called Congratulations! You’ve Been Fired. The article was written by a former HubSpot employee, and he quickly launched into describing an insane, cult-like work environment. The author was an employee at HubSpot, a “slick” and fast-growing tech startup founded in 2006, for about two years. During his time there, the author says he experienced a culture of backstabbing and viciousness where employees swallowed up (scary sounding) company-produced mantras in the name of “progress” and “innovation.”

The article opens with an insane example of this harsh workplace reality by describing what happened when someone got fired. He says his team was notified via a (laughably perverse-sounding) email that read, “Team, just letting you know that X has graduated and we’re all excited to see how she uses her superpowers in her next big adventure.” YIKES. Can you imagine working in an office where the word “superpowers” is casually dropped, and the word “fired” is swapped out for “graduated”? #Nothankyou. Startups are notoriously quick to fire as it is, deciding the fate of a new employee within weeks, but getting fired under such harsh circumstances makes things even more painful.

On a whole, the piece illustrates how typical start-ups treat their employees like cogs in a machine who are regularly pruned, and replaced by a fresh crop of employees. At one point in the article, the author describes his company as a kind of kindergarten fused with a frat house and Scientology center. (I mean, lol, right?) To me, it’s clear that some of these companies really do feel that employees are disposable forms of labor who exist only to optimize workflow, increase efficiency, pull long hours, and accrue data. The author expands upon the dynamic he presents, and writes:

“Treating workers as if they are widgets to be used up and discarded is a central part of the revised relationship between employers and employees that techies proclaim is an innovation as important as chips and software.”

Any place where people are equated to chips and software, it’s sign to GET OUT, no matter how many complimentary morning hot yoga sessions the company offers. I watch the show Silicon Valley a lot, which is a hilarious portrayal of a tech startup in San Francisco, but stuff like that stops being funny when you realize it’s actually how people work on a daily basis. The Muse published an interesting article on navigating startup life that doesn’t shy away from addressing the difficult issues. They say that startup culture demands an “all hands on deck mentality, financial uncertainty, long hours, and undertrained managers.” To me, if a job is going to ask me to go above and beyond to work my ass off, I sure as hell better be treated with like, a modicum of respect from co-workers.

The article reminded me of other articles about startup culture, like the one about the woman who got fired from Yelp for writing an essay about being underpaid, and the lengthy New York Times exposé on Amazon. I won’t lie, I knew very little of the Amazon workplace culture and the world that Jeff Bezos built, and the exposé provides a ton of difficult-to-believe tidbits about what it’s really like to work there. While Amazon can’t be classified as a start-up the way HubSpot can be, the company enforces the same punishing, rigorous, and intense set of standards for its employees. An insider at Amazon describes the extremely competitive nature of the office saying, “Because team members are ranked, and those at the bottom eliminated every year, it is in everyone’s interest to outperform everyone else.” The company even goes so far to suggest that employees anonymously tip off someone’s supervisor by leaving private anonymous feedback.

Another employee describes the cutthroat dynamic of the workplace, where managers are forced to play dirty, saying:

“They adopt a strategy of choosing sacrificial lambs to protect more essential players. “You learn how to diplomatically throw people under the bus,” said a marketer who spent six years in the retail division. “It’s a horrible feeling.”

Another example of this damaging workplace culture can be found in the essay from the woman who got fired from Yelp, which I linked above. She wrote an article about how incredibly underpaid she was — she made about $24,000 living in San Francisco where the median rent for a one-bedroom apartment is at $3,460 a month.

She writes in scathing detail about the pitfalls of working for a company that clearly undervalues it’s employees, and criticizes their decision to provide free drinks, snacks, and snazzy extras over competitive salaries, saying:

“Yelp could save about $24,000 in two months if the company stopped restocking flavored coconut waters since no one drinks them (because they taste like the bitter remorse of accepting a job that can’t pay a living wage and everyone kept falling over into the fetal position and hyperventilating about their life’s worth. It really cut into the productivity that all those new hires are so prolific at avoiding).”

There are countless articles about what it’s really like to work at a tech startup, and I think the most damaging takeaway for me is the idea that these companies feel employees are totally replaceable sources of labor; the idea that it’s somehow okay for employees to burn out after their one or two year “tour of duty,” to be replaced by someone willing to work longer, harder, and dirtier, for less money. I can’t help but reflect on a particular line from the original New York Times article that referred to the mentality of the tech startups as being ANYTHING but “new” and “innovative.” The author writes, “They see Silicon Valley as a model of enlightenment and forward thinking, even though this ‘new’ way of working is actually the oldest game in the world: the exploitation of labor by capital.” I feel like these workplace cultures might be having their time in the sun, but I don’t believe that this environment of intense pressure, stress, and fear on employees is sustainable at all. We don’t all need unlimited free snacks, massages, and dog-friendly offices, but we do need more respect for the individuals making companies what they are.

While the experience of working at a startup is not a universal one, and there are many companies who don’t behave like this, the idea of seeing employees as a raw material is far too common in the tech culture. In an industry that values numbers, efficiency, and “innovation” above all else, the individual worker becomes less of a priority. Personally, I think when tech companies use employees as a disposable renewable resource, they are in danger of letting the entire process suffer in the long term.