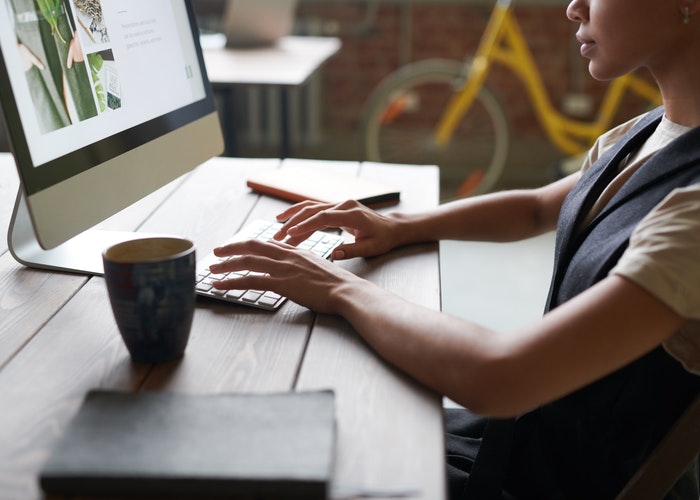 Interviews are like a game you know mostly how to play, but there are still a few rules you’re not familiar with. There are always surprises, and they require a good bit of tact when they arise. Luckily, I’m a talker and a people person, so when the interview goes awry, it’s usually easy to turn things back in my favor.

But in one of my most recent interviews, I stumbled.

It was going really well. I was prepared and answering the interviewer’s questions thoughtfully and confidently. I knew before I went in that I was a strong candidate, and I could tell I was impressing them as I talked proudly about my achievements, careful to toe the line between sharing and showing off.

Despite being totally qualified and a good personality fit, I didn’t get the job. While I can’t know for certain, I would bet a good amount of money on the reason being the way I answered this question: “Where do you see yourself in five years?”

It seems like such a simple question to stumble, but I’d argue that it’s one of the hardest to navigate. It’s a bit of a trick question, too. Sometimes, the real answer is “in your role” or “hopefully not still here,” but that’s not something you can share with the hiring manager.

Where I Went Wrong

While the position I was interviewing for was woefully low-salaried, it was also one I genuinely wanted to see long-term progress with. In employment settings, I’m also very self-conscious about my age. At 21, I’ve come up against a few people who see my youth as a risk, rather than an opportunity. Perhaps it’s a reflection of industry gatekeeping, and the Boomer assumption that Generation Z workers have never had to work for anything in their lives.  My interviewer asked this question, I set out to prove exactly how ambitious I am – and how “big picture” I can be.

Here’s what I said: “Writing is my profession and my passion. The job I want to be doing in five years is one where I can balance multiple projects and exercise my creativity often.  There’s so much I want to do: write books, work on campaigns for industry-leading brands, create content for social media and online audiences. Whatever I do, I want to excel in it. I have big dreams and I’m totally committed to achieving them.”

Answer For The Job In Front Of You

My answer doesn’t sell a bad version of myself by any means — it just sells the wrong version. My biggest mistake was speaking passionately about things that weren’t related to the job in front of me. I showed too much enthusiasm for things that weren’t part of the job itself, making it seem like I’d be settling or compromising to complete that role every day instead. Employers will see you as an investment of time and money. The question is partly assessing whether they think their potential investment will be returned, and you’ll stay at the company long-term. In trying to express how excited I was to progress in my career, I gave them the impression that the position was a stop-gap, something for me to do for the time being until a better opportunity came along.

But also, in trying to prove my ambition, I marketed myself too highly for the job on the table. It was an entry-level, junior role, and I wanted to show that I’d be able to take on and achieve so much more than that if they hired me. That was a mistake because, though it sounds obvious now, the job they were hiring for is the one they’re hiring for.

In emphasizing all these extra skills I possessed, I overlooked the ones the job description actually required. Instead of impressing them, I probably sounded flighty, and likely to get bored doing their “mundane” work in comparison to my dashing dreams. When I think about it now, I was probably very overqualified for the job, hence why I was so passionate talking about the future of it – I was eager to get to the place I actually wanted to be. As my mentor remarked when we mulled over why I wasn’t hired: “They knew you were more than a copywriter.”

How I Answer This Question Now

Ultimately, I answered the question for the job I wanted, not the one I was actually applying for.  I’ve had a couple of interviews since, in which I’ve been asked that same difficult question. Now, my answer is different.

Here’s how I answer now: “I want to continue working for and with industry leaders throughout my career. I see myself in a company with a culture of excellence, where I can take real pride in my output and continue to develop, professionally and personally.”

While this response keeps it general, it makes it clear that I hold myself and my work to a high standard. By leading with the kind of environment, as opposed to the exact role I’m looking for, I’m able to show commitment without avoid pigeonholing myself.

I’ve since learned the importance of reconciling my expectations and hopes with the job that is actually on the table and playing to the strengths required of me. Recruiters want to hear their job posting repeated back to them in your speech, so in your answer, lift key phrases and ideas from this description, as well as the company website. In other words, play the game.