I Got Laid Off During the COVID-19 Crisis. Here’s How I’m Handling My Money 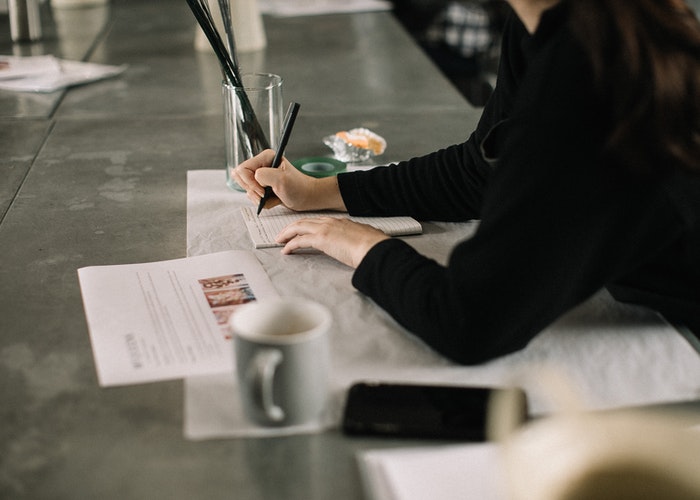 Late March, I got laid off on a Zoom conference call. I received a message on Slack around 10 p.m. the night before from my boss who asked if we could set up a one-on-one the following afternoon. After confirming, I closed my laptop and immediately scarfed down an entire sleeve of Thin Mints I had packed away in the freezer for emergencies.

I knew what was happening. Even before the ominous Slack message, there were signs. My team and I were worried what the state’s shelter-in-place mandate meant for our next round of fundraising. Financial journals were predicting the worst for the global economy — a recession (or worse, a depression) could hit the U.S. and last for months. VC investors were spooked, and for good reason.

When I signed into my boss’s Zoom room the following day and was told my team and I were being laid off, I tried to be zen — as zen as you can be when you learn that you would no longer be receiving a bi-monthly paycheck that paid for your house, your dog’s organic kibble, groceries, credit card bills, and car insurance. That you would no longer have day-to-day responsibilities that gave you a sense of purpose and order, or a calendar that made you feel important and valued. I was losing my income, but I was also losing the identity I had so carefully crafted and aligned with my career over the past seven years. I had only been with the startup for nine months, but that didn’t matter. “Am I even a person now?” I wondered after the call ended.

After my boss and I said our cordial goodbyes and she told me to please sign some termination documents that would shortly be sent over to my personal email account, I called my husband and asked if he could bring home a dozen Krispy Kreme donuts, and he did. I ate them one-by-one that night in bed, letting the flakes of glaze fall into the sheets like confetti.

What does the morning after a layoff look like?

I made a point to wake up the same time I always did — earlier, even. I set up shop in my office and started updating my resume and LinkedIn. I emailed everyone in my network, even coworkers I’d lost contact with. I was flamboyantly shameless, cheerfully sending messages like, “Hey there! So I just got laid off (thanks covid-19! lol) and was wondering if you knew of any potential opportunities? Hope all is well with you during these crazy times!” I brewed a carafe of coffee, extra strong. I scrambled eggs that would sustain me through the afternoon. I browsed the LinkedIn profiles of people I admired and annotated them, highlighting power words and phrases. I took the dog on an extra-long walk and mulled over my goals for the day, the week, the month.

This was my first layoff, which is surprising considering I’ve been working in digital media for about seven years. I was used to the chains of emotional tweets describing the latest rounds of layoffs at media startups, major corporations — casualties of the disintegrating media landscape came in all shapes and forms, and nobody was safe. It was clear that many media outlets lost their way years ago, business models shattered after Facebook’s algo kicked publications to the curb. HBO’s Succession is the closest there is to a docuseries about the media apocalypse, if you want to learn more.

After giving my LinkedIn, website, and resume fresh coats of paint, I needed to, as the execs like to say, ~pivot~ to my finances and see where I would stand in the coming months as I looked for a new job.

Figuring out a budget after you get laid off.

I was privileged enough to be able to put away at least a quarter of my paychecks into my savings account for about five years. I did the math: I had about a 6 to 8-month cushion until panic mode. And luckily, my husband still had his job.

With my Google calendar no longer splattered and color-coded with conference calls and deadlines, I got to work figuring out how to budget my new life. How much credit card debt did I have? Did I pay for any services I could go without? How much had I been spending on takeout? I went through the past two months and was actually shocked and a little disgusted with how much money I had been spending frivolously.

Reader, I am embarrassed to write this, but I consider it an emotional confession and cleansing. I (along with my husband) spent $736 on restaurants and takeout, and $768 on groceries and snacks in March alone. My bills (including my mortgage, a bi-annual car insurance bill, utilities, and credit card loans) amounted to just over $7,000. I had also spent nearly $300 on my dog who needed expensive medication for her acne (yes, I’m serious) and goes through 40 pounds of the “nice” dog food. If I had written a Money Diary this month for that popular women’s lifestyle outlet, commenters would have torn my digital presence from limb to limb, and I would deserve it.

So, I slashed everything and gave myself (much) smaller budgets for each category I thought I had overspent on. No more expensive takeout. No more expensive jeans or trendy facial serums that promised everlasting youth and happiness. Reasonable grocery store trips that would allow me to make meals in bulk were good. More canned beans and chicken thighs on sale were also good. Every vegetable I bought would be cooked and eaten, and if it wasn’t, it would be chucked in the freezer and my god, it would not be forgotten.

My husband and I recalibrated our credit card auto-payments so that we only had to make minimum payments (hopefully this would be temporary). As I crunched the numbers, my new budget materialized into something maybe, maybe doable for my new life.

I kicked my freelance side gigs into high gear.

A couple of years ago, I got back into freelancing because I missed writing (my most recent positions mostly consisted of content performance data and sending my bosses numbers that needed to grow 3x and such) and my anxious brain needed to establish a Plan B in case disaster struck. Which it did, so it does help that I tend to err on the side of disaster.

When I held my full-time positions, my side gigs amounted to a couple hundred bucks here and there that went straight to my savings account, but now I had to reach out to every single editor and inquire if they had to budget to give me more weekly assignments. I was lucky that my editors were gracious and gave me as much work as their budgets could allow. I input this potential income into my spreadsheet and felt a glimmer of relief. It wasn’t enough, but it was something.

Job-searching during a global pandemic.

Career guides don’t tell you this, but looking for a new job when the state of the world is in complete disarray is akin to that poor Greek bastard Sisyphus and the rock he pushes up a boulder for eternity.

When the market screeches to a halt because nobody is allowed to venture outside their homes (obviously for good reason) to shop and stimulate the economy, very few companies hire in this environment. The market is unstable, and nobody knows how long this financial turmoil will last. This affects every company that relies on revenue coming from consumer purchasing and/or advertising dollars. Even Google has halted hiring. Same with Microsoft. There are seemingly no untouchables. Successful startup tech darlings have laid off employees by the thousands, and this is only the beginning. 22 million Americans have filed for unemployment at the time of publication.

Still, I’ve been applying every day. I apply to dream jobs, freelance jobs, contract jobs, jobs I’m underqualified for, and jobs so misaligned with my skill set I’m not even sure I could pull them off. I keep typing up cover letters and selling myself, telling hiring managers I have “a lot I could bring to the table.” I have no choice but to keep trying.

At this time, I have a couple of projects lined up. I had an interview this morning. I take my dog for longer walks. I’ve been painting with watercolors on the weekend and watching TV shows I always wanted to watch but didn’t have the time. There are ups and downs, but there’s always hope. I won’t compromise that.