What I Learned About Evil Healthcare Loopholes From A $1,100 Medical Bill (& How I Paid Less Than Half) 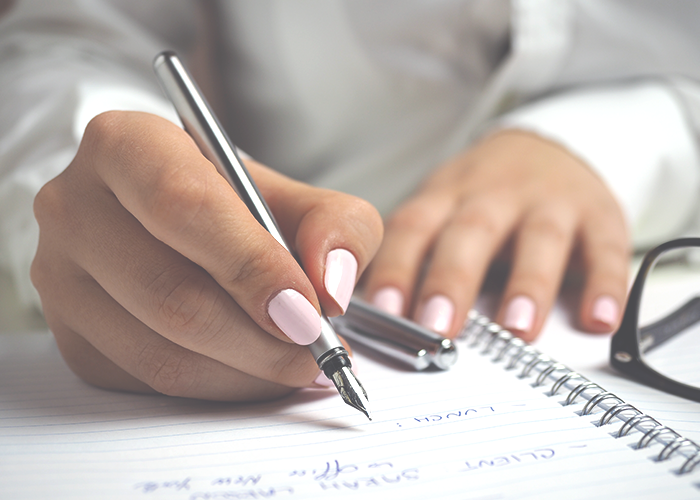 Last October, I woke up with an excruciatingly-painful toothache. The dentist informed me that I had a severely-impacted wisdom tooth which, unless removed immediately, would cause further infection. The dental practice’s friendly receptionist cheerfully informed me that the practice’s oral surgeon was out of my provider network, but that she’d called my insurance and they would cover 80% (rather than the full 100%) of the fee — meaning I owed $300 upfront. It seemed like a reasonable price to pay for being able to chew sans blinding pain again. I agreed, had my teeth removed, was given some Vicodin, and was sent home.

About a month later, I came home to a scary-looking envelope from my insurance company. Inside was an accounting of the charges I’d accumulated in getting my wisdom teeth out, an explanation of what they’d covered, and a big, red total at the bottom: “$1,100 Owed To Provider.” I blanched.

How did this happen? Essentially, as it turned out, my insurance paid 80% of costs — based on their own internally-determined Maximum Allowable Costs (MAC) schedule. Which meant that when my provider billed me $600 per extracted tooth, my insurance determined that the MAC was around $65 per tooth, and then dutifully paid my dentist $52 — meaning I was on the hook for the remaining $548. Two extracted teeth and the consultation cost meant I was suddenly responsible for an $1,100 bill, in addition to the $300 I’d already paid. My insurance had reimbursed less than a hundred dollars and called it a day.

Eventually, things worked out and I paid my bill off — but not without learning several extremely-expensive lessons about insurance and our healthcare system.

1. Your practice may be in-network — that doesn’t mean your doctors are.

My dentist, dental hygienists, and the dental practice at large were all listed as in-network. My oral surgeon (at the same practice) was not. Unfortunately, this is incredibly common and very frustrating. And this is a no-brainer, but — always, always, always go the extra mile to see an in-network doctor. Your insurance company has more leverage with doctors in their network, meaning you’ll pay less and have more recourse for disputing unexpected bills. In retrospect, in that moment, dealing with a fever and extreme pain, going out and hunting for an in-network oral surgeon seemed like an unnecessary inconvenience. But it would have saved me a thousand dollars to do so.

2. Know your insurance coverage inside-out — and do NOT trust your doctor to double-check.

If you’re told you need a procedure, ask for the billing code and then call your insurance to double-check that it’ll be covered. All this goes double if you’re stuck with an out-of-network provider. Since my Great Dental Debacle, whenever I’ve been faced with the prospect of another medical procedure, in addition to calling my insurance provider, I ask them to email their estimate over, so I have some documentation on my side if a situation like this ever comes up again.

3. Your insurance company might lobby for you — that still doesn’t mean they’ll pay out.

Your first step with an unexpected bill should be a call to your insurance company to make sure everything was billed correctly. My insurance rep pointed out that my dentist had billed for a full set of x-rays when I only remembered one being taken — when the dentist’s office got on the phone, they waived the charge ($200) right away. I had less luck with everything else — I believed that, since my dentist claimed they’d pre-checked my insurance coverage, someone had messed up, and I shouldn’t be held responsible for the bill. It ultimately became one big case of he-said, she-said: the dentist office maintained that they’d called my insurance and verified the amount I’d need to pay; the insurance office insisted they’d received no such call; and both sides dug in and refused to budge on what I needed to pay. Still, even getting that x-ray charge off made a dent in the total amount I owed.

4. Make your HR team advocate for you.

A friend who deals frequently with insurance claims told me that your first stop in a case like this should be your HR department, if you’re on company insurance. Technically, they should be able to get on the phone with your insurance representative and figure out what your options might be. In my case, I tried this, but I also worked at a non-profit where one person was our entire HR department, so her capacity to help was limited. Still, I’ve heard that especially at larger companies, where a significant number of people rely on company-provided insurance, insurance companies have an incentive to keep clients happy. A complaint from HR may persuade them into taking some action.

I contributed $0 to my FSA, thinking I’d never have a major health expense (lol). If I had, I would have been able to pay the dentist off with pre-tax dollars and saved some dollars from Uncle Sam.

This was my ultimate takeaway from this sorry tale. You can — and should — negotiate every outsize medical bill. It’s a smaller version of what your insurance company does with every doctor, which is why insurance companies ultimately pay far less than the doctor’s actual charge. In my case, after nearly six months of working to get the charges reduced, I was still staring at a $900 bill I couldn’t afford with a bunch of past-due notices from my dentist. Finally, I got on the phone with the dental office’s manager and pled my case, who ended up being extremely sweet and forgiving and made no mention of the fact that they’d been trying to get me to pay up for the past half-year.

I started with an extreme lowball of what I could realistically afford to pay—around $200. After much haggling, they were satisfied with just under $500 and a payment plan over two months. They did not send my bill to a creditor. I ultimately paid less than half of what I owed, and my credit score stayed intact. And my untouched credit rating — since I’m about to start applying for student loans — is perhaps the biggest #blessing of my hard-won negotiation.

7. Last and most crucial — this is why you need an emergency fund.

I’m a young, healthy 25. I never expected a medical bill to nearly bankrupt me. And I thought I’d done everything right — maintaining insurance coverage, knowing my benefits, and finding in-network providers whenever possible. I still landed myself with a giant medical bill. This was my first real brush with the dark side of the U.S. healthcare system, and I now understand why it’s so incredibly easy for Americans to go bankrupt after an illness.

I am incredibly, incredibly lucky that past-Meghan had the foresight to build up an emergency fund. Still, with this expense coming right around the time law school applications drained my bank account, it was a huge financial stretch. I ate a lot of rice and beans for a few months to rebuild my emergency fund to its former glory.

Our insurance system is meant to protect us when we need medical care. That doesn’t mean it always will. Do not think you’re infallible to huge medical costs because you’re young.