The Manageable, Month-Based System I'm Using To Tackle My Goals This Year 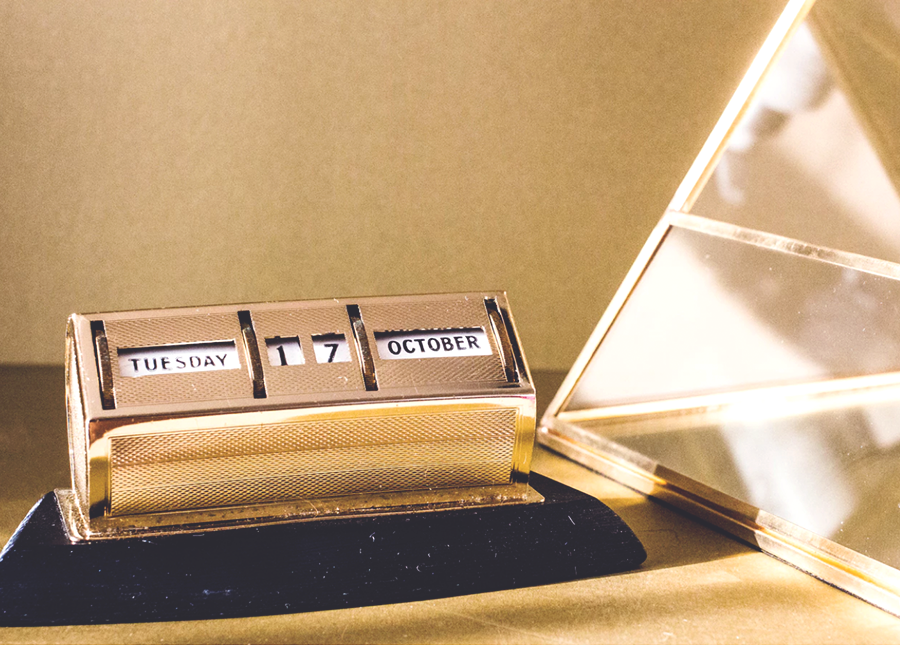 2017 was an overwhelming year. I’m sure I am not alone in expressing my relief at the fresh start we were all afforded on Monday with the new year, new week, and full moon. In 2017, among many other things, I graduated law school and began my first real full-time job. I had no idea what to expect from my day-to-day life, so I set a number of lofty goals for myself. I was going to buy a piano with my first paycheck as a “congratulations on the job!” present to myself, and practice every night. I was going to wake up at 6 AM and do one of those high-energy 30-minute workout videos before getting ready for a 45-minute subway commute to my office. I was going to pack my lunch every single day. I was so optimistic — and almost immediately, so overwhelmed. I had no idea what I was in for when I began working, and my hopeful routine went out the window. I started eating too many grilled cheese sandwiches and watching too much British television.
I tried not to be hard on myself when I realized that I had failed miserably at nearly everything I had wanted to do, and I wanted a chance to change it. And spread out in front of me, starting neatly on a Monday, was a brand new year. I’m not a big goal-setter — I have general goals in my life, but I’ve never been one for specific resolutions, because I know myself and I’m one of those people who doesn’t want to do something as soon as it feels like I have to do it. So I would set these amorphous goals for myself like “be more graceful.”
None of that this year. I wanted actual goals and an actual plan. I decided immediately, when I began thinking through this in December, that the goals I set needed to be sustainable, or else what’s the point? I am so used to changing my entire life every few years, since that is the nature of being a student, but I am facing down at least five years at this job, if not more, provided nothing disastrous happens, while I pay off my monstrous student debt. How can I make this new life sustainable for myself? Not that there’s anything wrong with grilled cheese sandwiches and British television, but I want to aim for something a little loftier than that.

Here’s my idea: instead of setting year-long goals for myself, I’m setting monthly specific goals. I don’t have to worry about anything else for that month if I don’t want to. The idea behind this is to not overwhelm myself. I want to end 2018 feeling like I have a solidly grown-up, lovely, sustainable life, and I won’t be able to do anything if I overwhelm myself by feeling like I need to have it all figured out all at once. (Has anyone ever figured out how to shake this feeling?)
I’ve planned out the first four months, with the thought that in April, I will know more about what I need as the year goes on. But this is what I have so far:
January: Exercise
I am decidedly not an athletic person. I would rather do almost anything than exercise. But I also am in a high-stress job, and I so badly want to be healthy in all aspects of my life and not let the stress overwhelm me. I want this more than I don’t want to exercise — which is a lot. So I’m giving myself the month of January to establish a solid exercise routine. As much as I’d love to be able to stick with the exercise app I bought for $20/month in October when I started working, since it is much cheaper than a gym membership and I don’t even have to take the subway to do it, I just can’t manage it. It didn’t click for me, which made it unsustainable. I could have pushed myself harder, sure, but I am very good at talking myself out of things I don’t want to do, so I knew ultimately I needed to find a better solution.
I did a lot of yoga in college and law school and deeply loved it, so I decided to join a yoga studio. The one I settled on is a bit out of the way, but it’s the cheapest one I could find that was on my subway line, at $115/month. I could definitely find a gym membership for cheaper than that, but this works for me for now. It’s January 4 as I’m writing this, and I’ve gone once so far this year (and eaten approximately 18 cinnamon rolls, give or take 15). But there’s time. This is the only thing I’m focusing on right now, so I know I can do it. And I’m so excited to get to a place where my day doesn’t feel normal unless I’m doing yoga. I am already craving it, just after this one class, because my body remembers how good it felt before, so I’m hopeful.
February: Money
Don’t worry, I will still pay my student loans in January. But there are a few administrative financial things that I have been putting off that I am relegating to February. A few examples: figuring out a solid payment structure so I can maximize my student loan payments but still make my rent payment before my paycheck comes in, applying for a good points-based credit card, refinancing my student loans, speaking to an accountant prior to tax season, and setting up my 401(k). I did not pick the shortest month on purpose to deal with money, but this one is a little bit stressful. One thing that I was also going to do in February, was to set up some monthly donations, but I got too excited and couldn’t wait so I set them all up on the first of the year. I have always wanted to do this, but didn’t have the room in my budget as a student, and I am so grateful that I have the resources to give now. For those wondering, I set up donations to Planned Parenthood, Partners in Health, the ACLU, Save the Children, the New York Public Library, and several people on Patreon.

March: Home
I have lived in my apartment for two and a half years now, and it is just now, finally starting to feel “done.” I’ve been working very slowly at it for the entire time I’ve lived here but only now, with my new job, have the resources to pick up things I’ve been saving and planning for, like nightstands made of actual wood. The goal for March is to finish the very last things I’ve had in mind — a print to hang over my bed, another bookshelf, and maybe another rug. And I never did buy a piano…
One thing that I cannot forget to do in March is to get renter’s insurance. This is one of those things that I always put on the long-term to-do lists that I make, read every few weeks, get overwhelmed by, and stuff back into a drawer. Another thing in the “too hard” category is to develop an efficient and useful personal filing system so I’m not frantically looking everywhere for that one folder with the pet insurance information in it when I need it. Also, I’ve been putting off having a conversation with the super of my building about my terrible oven, and this will happen in March as well.
April: Internet
My goal for April is to clean up my digital life. This includes every aspect: make sure my files are organized and backed up, that there is plenty of storage left on everything, that nothing is eating too much data on my phone, unroll from any final listservs, and unfollow anybody on any social media I don’t genuinely enjoy following. I also desperately need to organize my music library, but this might tip April into “too hard” and overwhelming, so we’ll play that one by ear. I am kind of nervous to dive into my law school email, which I definitely have not sorted into folders in over a year, but that also must get done. I want to feel as organized in my online life as I do in my physical life and stop feeling the mild panic when I go into my “documents” folder, or that twinge of annoyance when a post comes on my feed from someone I’m not interested in following.

In April, I also plan to evaluate how I’ve done for the past four months, and decide what to do in May! I’m really hopeful that this system will work for me, and I’m excited to continually feel like I’m finally getting on top of my life. But for now, I am off to pack my yoga outfit for class tomorrow, and trust that in the span of a year, there will be time to tackle the rest.
Lauren is an almost-lawyer in NYC who dreams of being an astronaut.