How Money Can Actually Buy Happiness 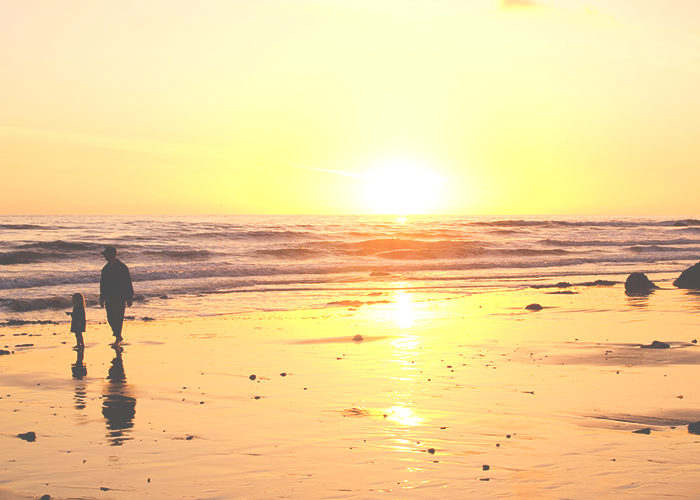 Imagine that you and a friend are strolling across the grounds of your college campus. A friendly woman stops to greet you and explain that she’s a social psychologist running an experiment on whether or not money can buy happiness. She hands your friend five-dollar bill and tells her that you she spend it on herself. She hands you a five-dollar bill and tells you that you must spend it on someone else: buy your niece a corndog, drop it in the donation box at the Salvation Army down the block, pledge $5 to your favorite podcast. At the end of the day, she continues, you most both fill out a survey to report your mood and levels of overall happiness.

You’re jealous of your friend, right? It’s just your luck: a clipboard-carrying angel drops out of the wild blue yonder and gives you free money, and you can’t spend it on yourself. But you suck it up, call your buddy Gina (who just ended things with a mega jerk-hole and is taking it in stride like a champ) and ask if she wants to chill by that fountain with the “modern” sculpture that looks like a dying muskrat and have an ice cream cone. Your treat.

That evening, you log on and fill out the lab-angel’s survey. As you click through the multiple-choice bubbles, you’re surprised to find that — despite today having come and gone without remarkable event, despite the fact that you’ve got a killer load of Spanish homework to grind through — you’re feeling perky. Were those hotdogs laced with something?

They were, my friend. With GENEROSITY.

A bunch of lab-angels actually ran this study, and they actually proved that money can buy happiness…when you spend it on someone else.

As a Radiolab geek, I love nothing more than social psychology experiments that disprove our knee-jerk (in this case, capitalist) assumptions about how best to enrich our lives and pursue happiness. Obviously, we’re conditioned by a never-ending parade of ads to believe in the power of purchasing our own satisfaction, of earning our way to the comfortable, even luxe, lives we covet. Turns out, the clearest path towards a fulfilling life is donating our satisfaction, giving away our earnings.

You’re thinking: This kid’s crazy. Or rich. The only way she can seriously contemplate charitable giving is with a thickly-padded wallet in hand. Folks: I’m not starving, but I sure as sh*t ain’t rich. I’ve lived through much harder times, but when I was truly struggling to buy food for myself and make rent on a poky bedroom in a condemnable building stranded in an urban food-and-transport-desert…I started giving more, systematically. I’ve never found it easy to turn away from pan-handlers in the subway and on the street, but in that poverty-line period of my life, my blinders refused to stay on. Unless I wasn’t carrying small cash, I stopped and opened my wallet.

I found little ways to give to my coworkers who were drudging alongside me at a rough service job; I’d bring in three packs of Sour Straws (the $3.75 it cost me was an expense I had to think twice about) and share them around. I brought groceries and pastry treats to my little brother’s place and cooked for him. I didn’t cancel my automated monthly $5 donation to WNYC (again, a small number that was a real budgetary consideration for my means).

I also found a free way to give. The gourmet shop I worked for wasn’t registered with City Harvest, a New York City organization that bridges the gap between commercial food waste and the hungry. I often worked the closing shift, and my managers instructed me to throw away loaf upon loaf (I’m talking pounds that filled a Santa Claus-sized sack that I struggled to lift, if we’d had a slow sales day) of freshly-baked bread. I obeyed orders once; it gnawed at me for the rest of the week. The next closing shift, I stuffed as much of the bread as I could carry into plastic shopping bags and walked through Washington Square Park and Union Square, looking for homeless people. By that time of the night, many were asleep on benches and under trees; I left loaves by their heads, hoping they’d see them when they woke. I took the long way back to my subway stop, targeting the restaurant-lined streets because homeless people often opened the trash bags that kitchen porters heaped by the curb. I began to see the same people; we didn’t speak much, and during most encounters, we were both uncomfortable. Whatever I didn’t give away, I saved for myself. I ate a lot of bread that year.

I learned later that my choice wasn’t unusual. Percentage-wise, poor people donate more of their income than rich people do. As in: almost twice as much. Participants in one study were given $10 and asked what amount they wish to donate to a stranger in need. On average, folks making less than $15,000 donated $7; six-figure earners ($200,000 or $250,000) only gave away $2 or $3.

If I’d read that statistic when I was growing up with modest privilege, I would have wondered at the logic of this behavior. Now, having lived in that bracket myself, I understand. You see yourself in people who are struggling. You contemplate the reality that you might become homeless. You realize that many of the homeless were in your position, a few years or decades or days earlier. You understand the value of a dollar or a free loaf of bread that will last a few days.

All this is to say: there are sustainable ways to give when you’re broke. And take it from one who did it — giving some of your money or food or time to someone in need make you feel happier and more connected to your fellow humans, no matter how much or little you earn. Some affordable ideas: