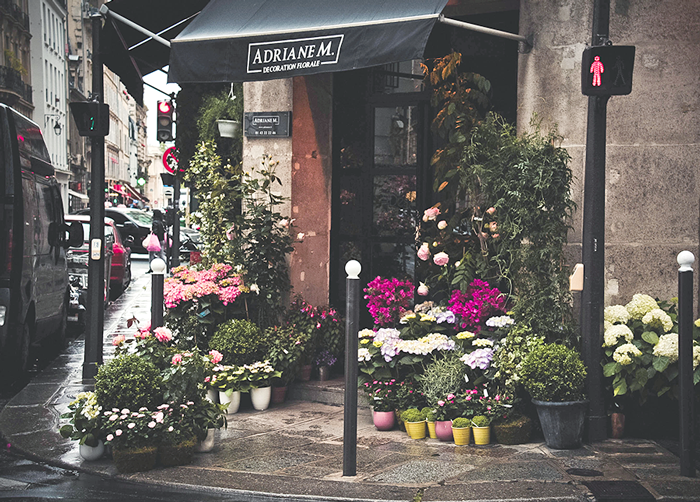 If you haven’t heard (and to be clear, unless you follow me on Twitter, why would you have?), TFD is moving into an office on November 1st. Yes, we’ve had pretty cool home office setups in the past, and I by no means want to sneeze on those experiences — particularly in a place like New York where every bit of square footage counts — but there is something truly cool about this move. It feels so real, first of all, so official and affirming of all the things we’ve been building as a team, and an important step in our growth as a company and as a team. Plus, I cannot lie: the idea of putting together chic office outfits every day, after nearly three years of working from a home office, is so wonderful.

I’m someone who has always enjoyed personal style (even if capital-F Fashion deeply stresses me out and frankly upsets me), and the idea of having this new blank canvas on which to create a style identity (~*my professional self*~) is incredibly exciting. But between this big change, and the fact that it is generally autumn, which makes me want to buy essentially every clothing item I come across, the desire to spend and totally overhaul my wardrobe is weighing heavily.

To combat the creeping shoppies I’ve been feeling, I started by creating these outfit boards on Twitter for fun (and no, I will never migrate to Pinterest, stay back you zombies!!), which I have found gives me that feeling of imagination and creativity without having to actually drag my ass into a store. But instead of trolling Google for all of the lush cashmere sweaters and wine-colored jackets I dream of, I wanted to take it a step further and force myself to confront my own closet in a more creative and thoughtful way.

To that end, I decided to set myself a personal challenge over the next month in the interests of a) creating a more dynamic and robust work wardrobe, b) enjoying what I have more without the nagging desire to get things that are new and different, and c) making use of my closet while finally deciding what I actually don’t get any use out of (vs. what I’m simply bad at styling).

The challenge is simple: for one month, I can only wear outfit combinations I’ve never worn before, while buying nothing new. (I am intentionally leaving out the five-day period the TFD team will be at a conference in Dallas, because the hell if I am adding to the stress of that event by having to come up with unique outfit combos.) For the rest of the time, though, I’ll be shopping my own closet and forcing myself to create looks I’ve never put together before, because let’s be honest: there’s a solid 40% of stuff I never really wear, and a short rotation of the same few things that I’m super-comfortable in which end up becoming my default, which ultimately leads me to feeling exhausted with my own stuff. I’ve already started today, and am feeling emboldened by the kind of results 30 straight days of this would have.

Anyone who knows me knows I don’t buy into the capitalist minimalism hype, and don’t feel any particular draw to the idea of radically decluttering, whether my closet or any other element of my life. But I do believe in challenging yourself to love what you have more, to get more use out of things, and to be creative with the things you already have rather than feeling like creativity and imagination is always intrinsically tied up in newness. I’m certainly not perfect at the practice, but the more I try to consciously curate my life and surroundings, the happier I feel in them.

And while this may sound obvious, the degree to which being considerate about one’s wardrobe and outward presentation is still coded as superficial, vain, or a waste of time is still enormous. Women are taught to feel ashamed if they care “too much” about clothes, and (particularly in the Personal Finance Industrial Complex), giving a lot of thought to one’s wardrobe or (god forbid) their beauty routine is among the first things to go, and to be heavily chided. Of course, a lot of this is because it’s a feminine-coded practice to curate one’s image — though why so many men have stopped giving a shit about how they look is beyond me — but it’s also because we have somehow tied “not looking put-together” with “caring about other, more worthy things.”

But let’s be clear here: first of all, you can look highly put-together and stylish while still being incredibly thoughtful and accomplished, and second of all, the outward image you present of yourself to the world is one of the biggest defining factors of how you will be perceived, received, and treated. Clothing and styling can be used as a tool, as armor, and as a means of being understood the way you want to be. My choices as a 20-something woman who owns a successful small business to dress a certain way in certain professional contexts are extremely conscious, and work to my benefit in an environment where most of the crowd are older men. To treat one’s outward presentation as some kind of a flippant afterthought is to ignore the enormous privilege inherent in that kind of decision: to not care about how you look is a luxury many of us do not have.

That said, though, the rub for me comes when we confuse “curating and being creative about one’s appearance” with “accumulating for the sake of accumulating.” Anyone can spend their way into a relatively coherent wardrobe, and more importantly, you can easily put yourself in debt in the pursuit of the “perfect” style which will never exist. I do not believe that we should be constantly looking outwards to the person we want to be, and I believe that the true work of defining your style should happen with the things you already have. One can be a curator without being a consumerist.

There is a happy medium between “caring about clothes is stupid” and “racking up credit card charges on the ever-moving goalpost of Fashion.” You can challenge yourself to find a coherent and empowering sense self-expression in your own wardrobe, and that is what I hope to do over the next 30 days.