Not Every Article Is About You, And That’s Okay 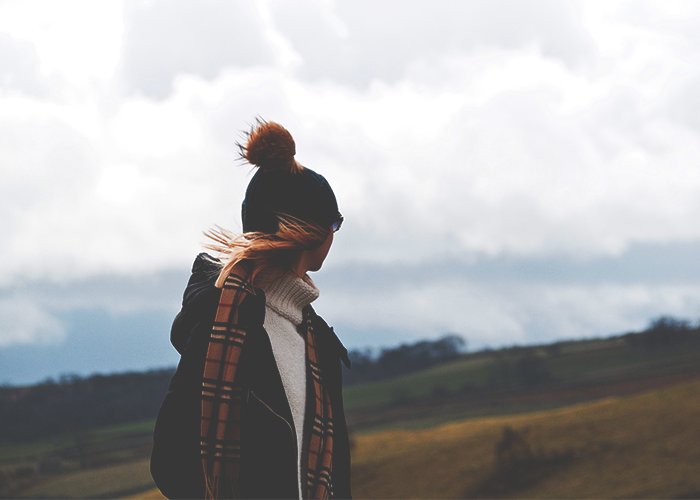 I submitted my first article to TFD almost a year ago. Having been an avid reader of Chelsea’s for a while, I followed her words to The Financial Diet when she first launched. I loved reading the smart, funny, candid pieces that showed up on TFD, and eventually, I worked up the courage to submit my own. After I was published, I continued submitting several articles a month. Even though I’d been writing for a long time, writing for this site always felt different. There’s a common thread of raw honesty that ties all TFD writers together — it takes a lot to write about your career mistakes, or a struggle with a disease. I admire everyone who has the guts to write the truthful pieces that make this site so unique, and I have always been proud to be a part of it.

In recent months, I’ve noticed a trend in the comments I’ve read on this site –- both on my articles, and on the pieces of my fellow contributors. There seems to have been an increase of comments laced with snark, simply because a reader feels like an article doesn’t apply to them. It might be an article that promotes a certain lifestyle, or an essay about a personal choice, that gets railed with nit-picky remarks from people who don’t subscribe to that method of daily living.

These comments aren’t overtly insulting or offensive. Trust me, as a woman writer on the internet, I’ve received much worse. But they’re snarky enough to get under one’s skin, and they’re just mean enough to feel unnecessary. For example, I recently wrote an article about items you should own by the time you’re 30, and a sister piece about items you should throw away by age 30. The word “should” seemed to sit uneasily with people, as if I were writing a rule book, and saying that anyone who didn’t check off each of these bullets was somehow less-than-human. I even went so far as to try to explain that in the opening of my second piece, but still, some people were annoyed by certain details, like my discussion of a clutter-free fridge.

I’ve spent a lot of time thinking about why that is: Why the act of reading a list might inspire frustration or anger when the reader feels like it doesn’t speak to them, personally. Listicles haven’t always been A Thing — they’re a product of our current time, where viral is the end-goal. A piece of writing is designed to be catchy and shareable. When listicles first came on the scene, they were fluffy and endlessly readable. They head headlines like, “20 Things All 90s Kids Miss,” or “10 Struggles Of Coffee Addicts.” They were relatable, funny, lighthearted, and written to make the reader go “OMG, ME.”

But listicles are the norm now, in no small part because they’re easy to write and easy to read. Considering our attention spans have become less than that of a goldfish, it makes sense that articles in list format are literally everywhere. They’re on our Facebook timelines, on our Twitter feeds, in our emails, and on our phones. And because there are so many of them out there, it should go without saying that not every single one will apply to every single person. You’re bound to read a lot of listicles that have nothing to do with you. And when you’re used to reading things that make you go, “LOL literally me,” it can feel like a disappointment or a let-down when you read something and think, “Not me at all.”

That said, while it’s normal to feel bummed out when you read something that doesn’t “speak” to you, why has it become normal — for some people — to feel the need to lash out at the person who wrote it? It seems like there’s a disconnect that is both alarming and depressing; there are far too many people who feel the need to hurl insults and snark, simply because they’ve read something that doesn’t resonate with them personally.

Going back to my anger-inciting article for a second: To be clear, I don’t really care if your fridge is clutter-free or not. Even though having a de-cluttered fridge makes my own life easier, if your fridge is covered in take-out menus and magnets, that’s cool, too. But let’s be honest, “30 Things You Should Throw Away By The Time You’re 30 But It’s Okay If You Don’t Because We All Have Different Lifestyles” isn’t exactly a snappy headline. Perhaps it’s too much to ask for people to take articles — especially listicles like that — with a grain of salt. Perhaps it’s too much to expect that readers will inherently understand that most writers are not actually judging anyone, and that it’s totally fine if their lifestyle is different from your own. But just how you assume that writers have a thick enough skin to deal with mean comments, they are also assuming you are capable of reading things that might not apply to you without taking offense.

Writers are assumed to accept mean comments as “part of the territory,” which they do. But perhaps readers need to start accepting some things of their own. Perhaps it’s time that we just take a collective deep breath and come to the realization that not every single article on every single site will resonate with every single one of us — and that’s okay. It’s more than okay to read an article and think, “Yeah that doesn’t speak to me.” But perhaps the next step should be closing out the tab then and finding something that does speak to you, rather than wasting energy on a negative comment that’s not all that productive.

I’m not saying that we shouldn’t hold different opinions; one of the things that’s amazing about TFD is that we are all unique, and so many people from different backgrounds come here to have a conversation. But are negative comments the best way to express those differences? Ultimately, there’s already plenty of room on the internet for hate; we honestly don’t need one more place where women are tearing each other down over nothing. We’re all better than that, and we need to start treating each other with more respect. At the end of the day, it simply takes more energy to be mean. So let’s choose kindness instead.