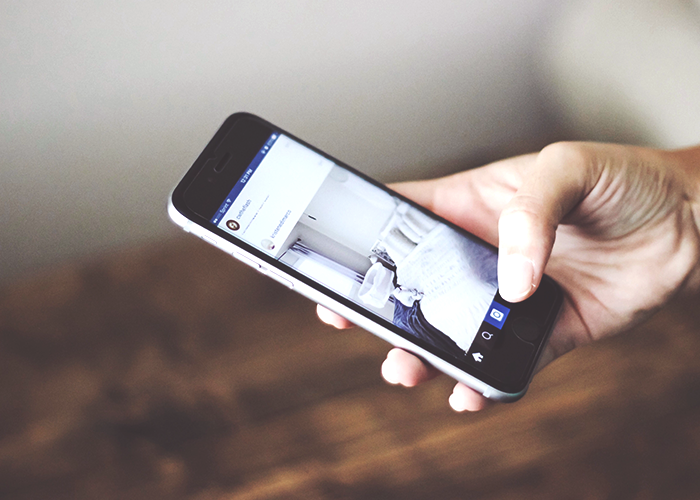 I resisted the iPhone craze for years. I’m a frugal person, and I’m buried in student loan debt, so I couldn’t justify spending a large amount of money on a cell phone. Instead, I used cheap, unreliable phones with extremely slow internet. A few years ago, my mother-in-law suggested adding me to my in-laws’ family cell phone plan. Under their plan, I could buy an iPhone for $100 and spend just $45 per month for an enormous amount of data. At the time, I was paying $60 per month for a phone that wasn’t at all user-friendly. It seemed like a no-brainer deal. I said yes.

I was excited to get my first iPhone. And, like many iPhone users, I quickly became addicted to my phone. It was so easy to use: the internet was fast, and I had all kinds of apps to play around with. I would often waste a couple of hours per day tapping on my phone.

Several months ago, my anxiety worsened and I started showing symptoms of “Pure O” Obsessive Compulsive Disorder, a lesser-known form of OCD that affects a small percentage of the population. Those with “Pure O” –- that is, Primarily Obsessional OCD -– experience the disturbing thoughts or images that come with OCD, but often do not display any outward compulsions. We do not fit the mold of the OCD sufferers who wash their hands 100 times per day or switch the lights on and off three times before they leave the house. For those who have “Pure O,” the compulsions are typically mental and may involve rumination or desperately trying to avoid horrific, anxiety-ridden thoughts.

For me, my phone became a tool for avoidance. To try to escape my obsessive thoughts, I spent every spare second glued to my phone. Whenever I wasn’t working at my day job or writing for my blog, I was on my phone. I would walk on the treadmill with my phone. I would eat dinner with my husband and spend more time on my phone than I spent talking to him. I read article after article, in the hopes of distracting myself from my anxiety-inducing obsessions. I would often spend four to five hours straight hunched over my iPhone.

After a few months of this, I started to notice a pain in my neck. It was subtle at first, and I only noticed it on days when I was spending many hours on my phone. Then the pain became worse and more frequent. Soon it was constant. The pain prompted me to seek help and work through my OCD. When I got to the point where I learned to accept my obsessive thoughts instead of trying to avoid them, I gradually spent less and less time on my phone. Now, I spend very little time on my phone, but the pain in my neck is still constant. It makes it hard to sleep, to be on a computer for more than a short time, and to drive. When I change lanes while driving, it’s challenging to turn my head far enough to check the other lane for traffic.

Recently, I went to the chiropractor and was diagnosed with “forward head posture,” which has been aptly nicknamed “text neck.” This essentially means that my spine is curved forward in the neck area. For every inch the head is tilted forward, it exerts an extra 10 pounds of force on the neck. The neck has to work much harder to keep the head from falling to the chin; the resulting muscle fatigue and tension causes pain. It also affects range of motion, which is why I have a hard time turning my head very far in either direction when driving.

Unfortunately, treating this issue is not cheap -– it is extremely expensive. Here is a breakdown of all of the costs associated with my iPhone addiction and the resulting forward head posture.

The iPhone itself: $100
Three-Year Monthly Data Plan: $1,620 ($45/month)
External iPhone Keyboard: $4 (to make my setup at my desk more ergonomic)
New Pillow: $50
Supportive Neck Pillow: $130
Chiropractic Adjustments: $840 ($35 copay for each session; two sessions per week for three months)
Physical Therapy Appointments: $1,000 (because of the $1,000 deductible on my health insurance)

The grand total is $3,744 –- and this doesn’t necessarily include every single expense, especially in the future. I may very well need more physical therapy and chiropractic adjustments to maintain my spinal and mental health.

You may be able to get a great deal on an iPhone, but keep in mind: iPhones won’t save you or solve your problems. In the end, they won’t distract you from mental or physical pain. In fact, the true cost of an iPhone addiction is considerably higher than the cost of the phone, and it comes with a lot of long-lasting impacts on your health and wallet. So check in with yourself and your data usage: if there’s something you’re not confronting, take this chance to acknowledge and face your problem today.

Jen is an HR & Finance professional and a frugal lifestyle blogger. Jen and her husband are paying off $117,000 of student loan debt in just three years. She writes about healthy eating on a budget, affordable wedding tips, destroying debt, and living frugally on her blog Frugal Millennial.