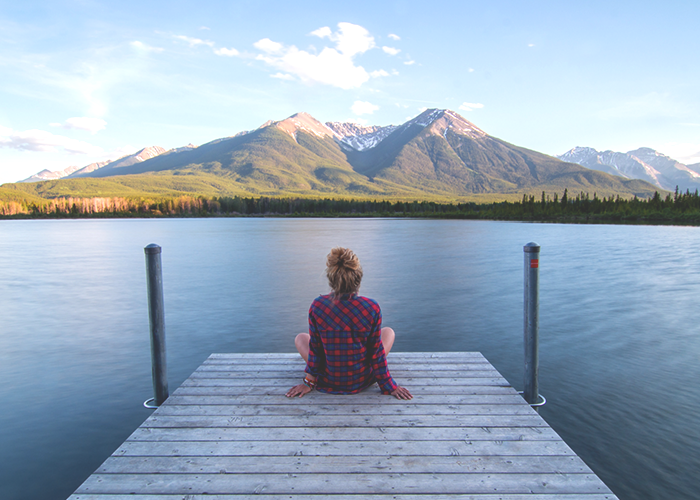 Before I talk about where I saw you, I think I ought to explain why I — a stolid athletic atheist — am about to write a letter about sports and address that letter to a woman who is clearly a consummate athlete. ‘Tis true: apart from taking in the occasional soccer match (or, when the Olympics roll around, rooting for specific heroes of swimming, gymnastics, and women’s boxing) I absolutely abhor the experience of watching any athletic event. So…why am I weighing in on this subject?

Because money, and because feminism. (This one of those moments that forces me to reconcile with the reality that my ardent wish for a “burning bra” emoji will not, in all likelihood, ever come to fruition. I have several ad-hoc solutions for scrapping together emojis to evoke the experience of bra-burning, but I look to you, and our dear TFD readers, to guide my search for fulfillment. Put your emoji ideas in the comments below.)

Former high school athletes (and former varsity college athletes) systematically grow up to earn salaries as much as 15% higher than those of their athletically-atheist counterparts. Interestingly, this statistically significant wage-earning difference doesn’t exist with any other extracurricular activity. So, why do former school athletes make more money? This social phenomenon boils down to a seemingly-trite sports metaphor (none of which I can recall, off the top of my head, so I’m opting to mix my sports metaphor with a…ahem…a theater truism): all the world’s an athletic field.

Writ large, the skills required to play a team sport (discipline, decision-making, confidence, and consistent effort) are also crucial skills for working in an executive or management position in the professional world. As a six-year-old T-ball player, you’re learning to make nuanced decisions in a half-second: when to take a swing, when to hold back and play out a longer strategy. As an elementary school soccer player, you develop a respect for the authority figures on your team, and a special attention for the specialities of your teammates. You’re rewarded with victory when you balance your own leadership instincts (taking responsibility for making the goal shot) with task delegation (pass the ball off to someone whose shooting skills are better suited to the current layout in the field). Odd as it may seem, dodgeball teaches you to be a respectful, discerning, problem-solving, responsible adult. And adults who have those qualities also tend to have far stronger hiring, promotion, and earning potentials. FACTS.

That’s why Title IX was (and continues to be) an immeasurably important step towards closing the gender pay gap. The profound economic and political impact of requiring equal funding for women’s sports may also explain why the patriarchy has devoted such energy to spinning a factually-lazy cocoon around the long-term effects of Title IX, and why there have been so many legislative attempts to amend (and even strike down) the law.

The practical reality of women plays sports, which I’m sure you know all about, is complicated. A friend of mine (and a TFD contributor) Chloe Angyal writes in her staggeringly powerful, evocative, nuanced article “Sexual Abuse In The Land Of America’s Sweethearts” that the instances of (usually male) coaches taking sexual advantage of their protégés are disturbingly prevalent; abusers can attack generations of girl athletes over a series of years, often with impunity (or a half-hearted dismissal and slap on the wrist, before the next hire). And, as the Title IX cited above explains, “Female athletes at the typical Division I-FBS (formerly Division I-A) school receive roughly: 28% of the total money spent on athletics, 31% of the recruiting dollars, and 42% of the athletic scholarship dollars.” Middle schools and high schools across the country are funneling more money into boys’ sports teams, in blatant defiance of the law.

And on a pop culture level…yeah. In America, the NBA and the NFL seasons — with their incredible pomp and circumstance, awe-inspiring profit margins, with their male celebrity players who earn millions and launch personal brands that sustain a lifetime of earnings — hold as much sway over the national mood, imagination, and wallet as religious high holidays do. How many times have I been invited to a Super Bowl party? How many times have I sat with family members to watch football before Thanksgiving dinner? How many summers were spent watching the endless string of hours-long baseball games? How many major publications include detailed sports updates in their morning digests, reporting on the victories, losses, and trades of the athletic world with the same detail as global political events and wars.

There is only one time — ONE — that I have ever witnessed a mass-level, instinctual, non-fetishistic interest (as in, the key athletes were not featured in artsy-nude photo shoots with Vogue, or playboy-nude photo shoots for the Sports Illustrated Swimsuit Issue, or just straight-up Playboy photo shoots) in women’s sports. The 2015 FIFA Women’s World Cup Final. I watched it with my best friend of 16 years (with whom I ran many a begrudging P.E. lap and fumbled through many a middle school field hockey drill). I was — perhaps for the first time in my life — spellbound by the action unfolding on the screen. I leapt up from my seat and pumped my fist with each goal, and I groaned with each failed pass. I spun in my seat during the commercial breaks, watching in disbelief as the bar packed out with a solid crowd of dedicated sports fans, both men and women, who all wanted to watch the game for the game’s sake.

That’s why my heart stopped when I saw you on the soccer field in the public park outside my apartment. I’ve walked past the field almost every day for the past two years; every day (and in all weather), I’ve seen sleekly-uniformed men darting across the astroturf with confidence and authority, sweating and enjoying the power of their bodies without shame or fear of being catcalled at through the chainlink fence. I have never, never seen an adult woman playing soccer on that field. Not on a women’s team, not with a mixed-gender league, not in yoga pants with a group of friends.

And there you were, wearing your shin guards and cleats, calling out to teammates for passes, making solo penalty kicks with confidence, diving into the scuffle when the defense was trying to hold the line against another goal. Watching you move amongst the men — like literal fucking baller — made my heart sing. I hope it didn’t seem creepy or voyeuristic when I stopped by the fence to watch you play. It was just…too inspiring not to. So, thank you; you remind me that feminism — and the legacy of Title IX, with all its wage equity implications — is still out on the field, sweating and striving and scoring goals. FIST BUMP.