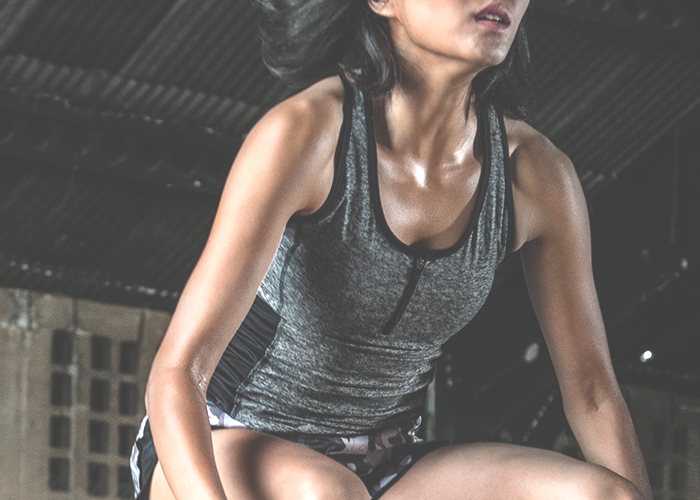 About a year ago, I signed up for a gym membership at Planet Fitness on a promotion that had no annual fee (wow!) and if I prepaid, I would have 24-hour gym access to their downtown location for $99 for the whole year. So I did.

This worked well when I commuted to an office and lived in Southie (South Boston, to you non-Native Bostonians), just two stops away on the train. I bought a monthly train pass for $70, took the train to the gym in the morning, worked-out, showered, then continued from the same train stop to work. Sometimes on the weekend, I’d just walk the 1.5 miles to the gym.

I moved about two months ago, and I have been to the gym a total of one time since then. I was feeling lax about needing to go to the gym with my $99/year commitment. I wasn’t commuting to the office regularly, so I didn’t need to buy the monthly train pass or even the weekly one. The only time I was going to use the train was to get to the gym, which had me shrugging my shoulders with the excuse that if I walked a little more, I didn’t need to go to the gym. It would have cost me $4.50 roundtrip to buy the train tickets ad-hoc just for one work-out.

I know TFD is big on looking where you can eliminate costs in your budget, and the gym is a frequent one to go. I’ve thought about what I’d do with the extra money, but I know a gym membership makes sense for me. I live in Boston where it gets extremely cold in the winter, so walking around places to get exercise is something I usually try to minimize. I don’t like to exercise by myself at home, and don’t really have the space for it in my apartment, anyway. Paying money for a gym membership holds me accountable for being an active, healthier, and better me.

I used Mint.com to look more into my spending patterns for public transportation to see if paying for the monthly pass again would make sense. Because of my erratic work schedule, which barely has me in a local office, I typically bought train rides ad-hoc, with the occasional weekly or monthly pass when I knew I would have more frequent usage. But I spent less than $200 on public transportation in 2016 so far. To make going to the gym an easier habit, I would likely aim to buy the monthly train pass for $84.50 to lower my cost per trip, which was way more than I usually spend.

Realistically, I wouldn’t make good use of the $84.50 outside of using it to go to the gym. And because walking to the gym from my new apartment is no longer an option, it would cost me $1,113 a year to keep my gym membership as-is (Gym + Transportation). It would also take me half an hour to get to the gym, or an hour roundtrip, factoring in the walk to the train and the train ride itself — a lot of time lost and money spent.

By switching to a more expensive local gym, I save $533.14 a year and 45 minutes a day. It is less than a 10-minute walk! The cost of transportation and the time it took are no longer a concern when it comes to my gym time. I can no longer rationalize that going to the gym doesn’t make sense, because going to the gym doesn’t cost me an hour and $4.50. I’ll spend the $31.74 more a month, the $69.99 annual fee, and even the one-time $29.99 activation to know that I have one less excuse preventing me from working out and over $500 saved.

Reevaluating the cost of my gym membership made me realize that what seems like the cheapest option isn’t always the actual cheapest option. You need to look at the whole cost and consider other factors where paying more money might be worth it, like if you save precious time or if you save money because you’re not relying on transportation and can walk. Perhaps keeping the $99/year Planet Fitness membership plan would have made sense if I only intended to use the gym seasonally, or if I liked working out at home and only wanted to go to the gym every once-in-a-blue-moon, but it ended up being an excuse for me not to go, and more expensive in the long run if I wanted to commit myself to a regular gym habit. Talk about gains.