The Sobering Money Truths I Learned After My Dad’s Death 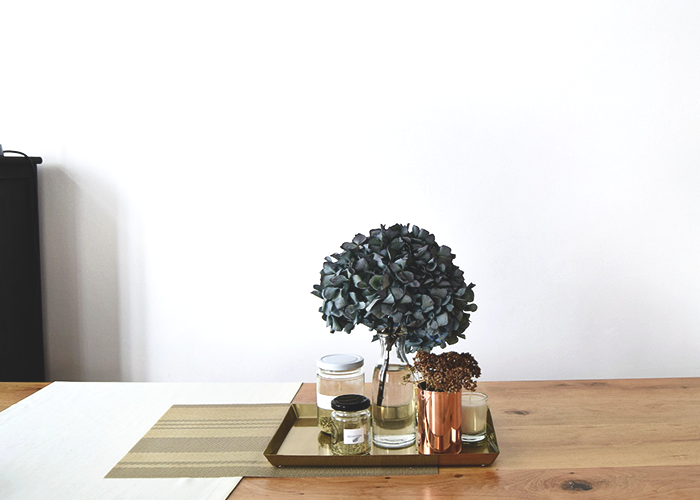 My father died three years ago. I clearly remember the moment I got the phone call. And I could never forget how I felt in that moment: Relief. Relief for him, because his suffering was over. But also relief for me, because he couldn’t ask for any more money.

Now, I know how that sounds. Like I’m the worst daughter ever. But the reality is, my dad had not been well for many years. And I’m not talking physically; I mean that he hadn’t been financially well. For at least the previous five years, my father hadn’t had enough money to survive. He would ask me for money every month. And for him, the month was always far longer than the money.

After he’d died, I calculated that I’d given him about $2,000 over this time. This might not seem like a lot to some, but to others, it might seem like an inordinate sum of money. To me, it was the latter. His constant requests for money meant I could never spend my own salary. They meant I had to set money aside every month, because I knew that inevitable phone call would come. They meant I was forced to miss out on a trip to Europe with a group of girlfriends, still the biggest regret of my life.

Eventually, after many discussions with family and friends, I decided to stop giving money to him. I’d struggled with this for many years, but finally realized he was using me as a crutch. With my help, he’d never make the changes he needed to turn his life around.

I stopped answering his phone calls. I stopped replying to his text messages. We had no relationship. Because, I realized, if I wasn’t giving money to him, he didn’t want to communicate with me. One day, I received a text from him, saying he wasn’t feeling well. I didn’t reply, sure it was an excuse to ask for money. A few days later, he died. Here’s what I’ve learned about money and finances since then.

The importance of an emergency fund

Every financial adviser and expert will tell you about the importance of having an emergency fund. What they don’t agree on is how big this fund should be. Anything from three to six month’s living expenses is considered standard. This is the fund that’ll save you and give you freedom when you need it most. Basically, this is the fund that’ll keep you going should the worst happen. Think losing your job, becoming ill, or being in a major car accident. What’s not an emergency? A trip overseas, a new wardrobe, or a big birthday party. This fund of mine isn’t as big as I’d like it to be, but it’s getting there.

You can’t ignore the future

It’s time to realize that you will become old. You won’t be able to work forever, and you will need to have money set aside for your retirement. This was when I finally realized I had to put myself in the driver’s seat of my own future. For the previous four years, I had allowed my employer to manage my retirement contribution. I had no involvement in how much I contributed every month. I don’t even know if the option was there for me to contribute more. Luckily, I changed jobs soon afterwards, and this was no longer an option. It was up to me to handle my own investments, and I took full advantage of this. In South Africa, we’re able to contribute up to 27.5% of our salaries into retirement annuities. If you do this, you get the maximum tax advantage possible. And, of course, I wanted that. So, 27.5% was the amount I chose to contribute every month. Another tax-advantaged option we have here is to contribute R33 000 (about $2,500) each year into a tax free savings account. And, yes, I’m now taking advantage of that.

Have an extra income

One of the true advantages of this period in my life is that I became a voracious reader about everything financial. I read every book, article and blog about money I could find. And it was through this that I learned about the importance of having an extra form of income. I credit Gary Vaynerchuk for teaching me this. Gary Vee is the king of the side hustle, and has led me down many paths. Often, but not regularly enough, I’ve been able to do freelance writing work. Recently, I’ve been exploring other options, but have yet to find the right fit. I’ll try just about anything.

The difference between a gift and a loan

My father always insisted he would pay me back, but he never did. I should have realized then that what I was giving him was a gift. The biggest gift I’ve ever given to anyone, but a gift nonetheless. I learned this lesson from Afford Anything blogger Paula Pant. She counsels on her blog and podcast to avoid lending money to loved ones. Rather, she says, give the money without expecting to see it again. That way, if you do get anything back, you’ll be pleasantly surprised, and avoid all of that negative expectation.

In January 2015, after many weeks of reading everything financial, I wrote this: “I want my money to work for me; I want to work to live, rather than the other way around.” This has become my money mantra, and I say it to myself every day. I had realized that, yes, I was working hard to save money and invest money into my retirement annuity (almost a third of my salary!). But I wasn’t living. I was merely existing. My life wasn’t much better than my dad’s, who existed in his tiny one room at a boarding house. That year, I decided to start living. By the end of that year, I’d checked off trips to beautiful Mozambique and Mauritius from my bucket list.

Losing a parent is not easy, but I am thankful for what the experience taught me. And I’m glad I was able to learn these lessons. They’ve made me who I am today: an independent young woman who is firmly in control of her financial future.

Michelle has been writing professionally for a decade. First as a newspaper reporter and now as head of a performance marketing content team. She lives in beautiful Cape Town, South Africa. She loves traveling almost as much as she loves personal finance (a lot).