“The F*ck It Diet”: An Unexpected Way To Stop Buying Into Diet Culture 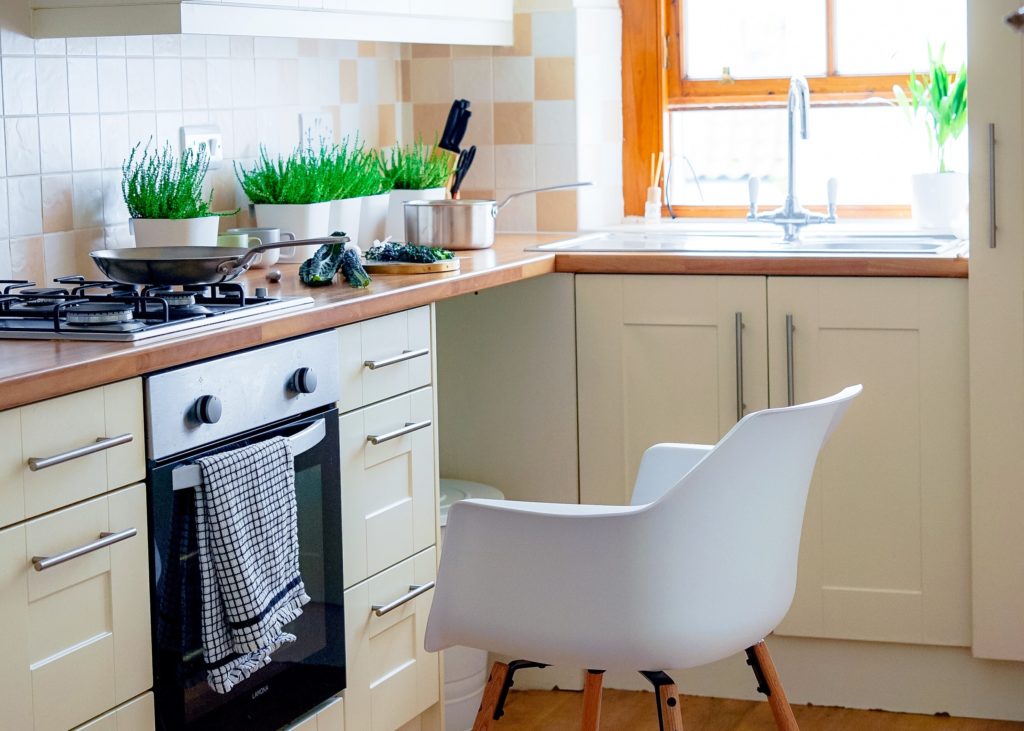 Disclaimer: As with money topics, we would never presume that there is one universal health solution for everyone. Dieting and weight loss are extremely sensitive subjects — please only continue to read if it is healthy for you to do so.

Here at TFD, we recognize that money intersects with every aspect of our lives. Where and how we live, what we do for work, what we do for fun —  and, of course, what and how we eat. And for many of us, especially women, what and how we eat has a lot of societal influences beyond our control. We are constantly bombarded with (often conflicting) messages that we need to eat “the right” foods. The diet industry is worth $66 billion, and a big part of that is likely because of our inherent and socially-cultivated vulnerabilities. When so many people don’t feel “good” enough, it’s relatively easy to persuade consumers into spending money on what they see as a solution to a problem.

Chronic dieting is incredibly common, and often, it can do more harm than good. We recently spoke with Caroline Dooner, author of The F*ck It Diet: Eating Should Be Easy. After her own experience with chronic dieting, Caroline decided to research the often negative effects of restricting food intake and “micromanaging health.” She eventually came up with “the f*ck it diet,” a more intuitive way of eating. Here’s what she had to say!

1. Tell us a bit about your background — what is your relationship with diet culture? Why did you start/write The F*ck It Diet?

I was a chronic dieter and for 10 years. I would diet and binge and diet and binge, and I genuinely believed I was a food addict because all I did was think about food, and stuff my face whenever my resolve weakened. The more I dieted, the more and more out of control with food I became. But of course, instead of understanding the cycle I was in, and how much we are wired to be fixated on food when we diet…I just blamed my own willpower.

I started writing about our relationship to food when I realized something was wrong. I began to research what happens to us when we diet, and what it takes to actually heal and step out of that cycle. I started learning things about food, weight, health, and food restriction that blew my mind, and it all felt very important to write about and share. I bought the website, thefuckitdiet.com, because that’s how I felt…“F*ck It.” I was learning that all of the micromanaging I was doing to try and become healthier was actually really bad for me. And after years of dieting (and what I now see as disordered eating) and fear of ingredients and weight, F*ck It is how I felt.

2. For those unaware, can you briefly explain what “the fuck it diet” is?

The hardest thing about this cycle is that it’s insidious. Dieters keep doubling down on their diet efforts, not realizing that dieting and restriction is fanning the flames of food obsession and cravings in the first place.

We live in a diet culture, where everything is tinged with the belief that thinner is better and that less food is better — both things that can actually do a lot of damage and are squarely not true. So, in that way, I hope that my writing and my book can actually reframe food, weight, and health for anyone. But my target audience, and the people I write my “how to step out of the diet cycle” content for, are chronic dieters.

3. Who can benefit from learning to eat intuitively? Why/how?

Anyone can benefit from learning to eat intuitively. There is mounting evidence that is showing that focusing on weight loss and restriction does harm to our health long term. Instead, if we focused on feeding ourselves, listening to our bodies, getting out of that yo-yo eating cycle, people have health improvements (even when no weight is lost!).

Conversely, having an erratic relationship with food, and yo-yoing and weight cycling, is one of the worst things we can do for our health, and it is exactly what happens to people who diet. 95-97% of dieters gain all of their weight back, and often more weight than they lost, and then force themselves onto another diet. And so many of us stay in this cycle for decades. That’s the definition of weight cycling, and it is bad for us.

4. Some people believe that while “eating intuitively” sounds like a good idea, they feel like it just means they will end up eating nothing but junk food and fried foods because that’s what their body “craves.” Is this assumption incorrect? And if so, what do these people misunderstand about intuitive eating?

This is the fascinating thing about our relationship with food. The more rules we have, and the more we diet, the hungrier we are and the more fixated on food we become. It’s hormonal, and it’s actually a primitive survival response. So people who diet believe they are completely out-of-control food addicts, because that is actually what the body forces you to become when you spend your life going from diet to diet. It becomes this self-fulfilling prophecy. So, in the beginning of stepping away from diets, people actually do crave all of the dense, “forbidden” foods that they’ve denied themselves, and it’s totally normal and okay. And the irony is, it’s actually a healing phase to crave dense forbidden foods in high quantities. What would your body want to do after years of being semi-starved? It would probably eat as many cakes as it could for a little while.

5. As you mention in the book, dieting makes up a multi-billion dollar industry. How can people (and women especially) help themselves avoid being tempted to spend on things like dieting programs/supplements?

Once you see diet culture at work in marketing, it’s hard to unsee it, because it is everywhere. Every other ad mentions “suppressing cravings” or “weight loss” or “bikini bodies” or, even more insidiously, framing it as feeling your best, healthiest, and most responsible.

The important thing to remember is that your fears are being exploited, and diet companies are gaslighting us, selling you a cure that doesn’t work long-term. When it blows up in your face, you blame yourself and your will power, but diets have never been proven to work long term. Dieting only works in the short term.

6. A lot of people report feeling “spending guilt” when they purchase things they aren’t “supposed” to. In what ways is this similar to (or different from) feeling guilty about eating certain foods?

Having guilt over eating certain foods can actually keep us in the diet cycle. It can set off a cascade of emotional reactions that make us feel like we should be dieting, and therefore this might be our last chance to eat this guilt-ridden food anyway, and then we kind of spiral into madness and bingeing and lack of control, not understanding how the guilt tipped us into the cycle again.

7. Do you have any tips for people who want to learn to accept their bodies and eat intuitively, but still struggle with images of what healthy bodies are “supposed” to look like according to mainstream media/society?

I think the most important step is to learn about the science behind weight and food and health, and basically how we’ve been misled for profit. If you can see how you’ve been continuously told you’re not good enough for profit, that anger and frustration can help motivate you forward. My book goes through the basics, and then for people who want to go even further, the book Body Respect by Linda Bacon and Lucy Aphramor go extensively into the science. You can also read this online journal. The other important thing to do is to start following more diverse bodies on social media. Studies have shown that only seeing very skinny models and actresses in our media has trained our brains to believe that’s the only beautiful and acceptable kind of body to have, and this can actually cause perpetuate feelings of shame, which affects our relationship with food, too. And so what we have to do now is retrain our brains.

8. Anything else you want people reading this to know?

We have been taught to distrust our bodies, and put our trust in diet gurus (who all contradict each other anyway!). Your body is actually really, really smart and wired for survival. You can trust your appetite and hunger, and there is a way out of the diet cycle — even if you’ve been stuck in it for decades.