The Side Hustle Diaries: Making About $100/Week From A Theater Gig 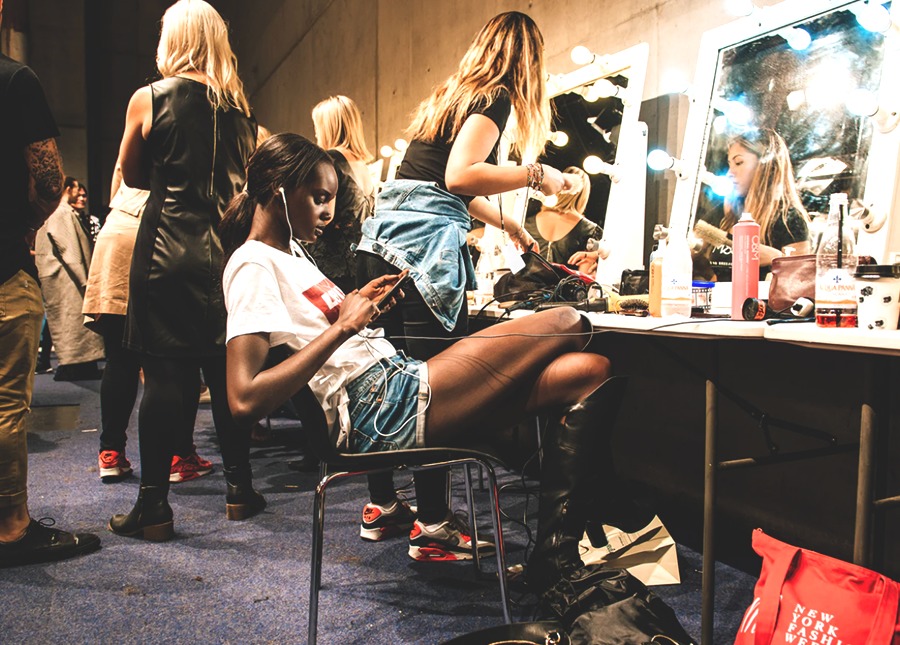 The Side Hustle Diaries is a column showcasing how different real-life people earn extra money on the side — because you totally can, too. Click here to read more!

In most conversations I have with friends and coworkers about part-time work, the first benefit that’s often mentioned is its flexibility: the freedom to make your own writing hours, to pick up a few classes to teach during a time that suits you, to create whenever you want and update Etsy as you go.

But that isn’t the case for every kind of part-time or on-the-side work. In the first post I wrote for the Side Hustle Diaries, I briefly mentioned a coworker who worked as a stage manager for local theaters during her free time. In the months since that first post, she’s moved on to a new role as a program coordinator for a state arts board — but she still works on productions whenever she can. This week, she sat down with me to share a little bit about the ins and outs of stage management: a side hustle that she’s carried with her from full-time job to full-time job, and one that, unlike other freelance work, often has a set on-site schedule.

How does your side hustle fit into your average day?

Honestly, this might be the hardest question. I think the short answer is that it doesn’t? But to me, it’s not just a side hustle; it’s also a hobby that I’m really passionate about, so I make time for it and it doesn’t feel like a sacrifice.

The longer answer is that it depends where we are in relation to our run. Usually, when we’re in pre-production, I’m able to squeeze in rehearsal times in the early evenings, after I leave work. And then there are days when I don’t have any on-site commitments and I’m just working on the show bible, prop lists, production book, that kind of thing, so I can work remotely. But during the weeks that a show is in full swing, I usually end up taking longer lunches or taking an hour or two off in the afternoon so that I’m able to be there to run tech, to handle any emergencies, stuff like that. And weekend time! A lot of weekend time. I have no weekends when a show is running.

How did you find your way to that position?

I’ve always been involved with community theater, ever since I was little. I acted for a few years, but started working tech when I was in high school, and then stage-managed a couple of small shows when I was in college and loved it. I actually went to college nearby, and had a bunch of friends who started acting and directing in the city after they graduated, and a couple years ago, one of my best friends was in a production that had a last-minute opening for an assistant stage manager so, on a whim, I decided to jump in.

I ended up loving it, and I started regularly checking in on theater announcement boards and Facebook groups for shows that were hiring. Now I have enough of a network that it’s much easier to find work and to be selective about it, but I definitely signed on to projects that were bigger than I could handle during those first few months.

How much do you make during an average week from that side hustle?

This is kind of a tricky question, because at least in my experience, freelance stage managers are paid mostly by stipend. It ends up really depending on the show’s size and budget.

So like, right now, for example: I’m working on a show that has a three-week run and had a two-month-long rehearsal schedule, and my contract is for two installments of $525, at the start and end of the contract. I’m also finishing up another gig that paid $10 hourly with a 15 hour/week cap, though I was definitely putting in more time than that during the show’s run.

I usually take a week or two as a break between shows, especially when I’ve had two overlapping, like this month — and winters are the busiest season for my full-time job, so I usually ease up on any other projects during Jan-March. So I’d say it probably it averages out to about $100 or so a week, over the course of the year?

What’s your favorite thing about having a side hustle? Your least favorite?

I love that my side hustle is something that I already do! And even though the pay isn’t great in relation to how many hours I’m working, I get a lot of free tickets to shows in the area, and I really feel like part of the theater community here, which feels worth it to me.

One thing that is kind of hard about it is figuring out how to guard my own time. Even though I go into most gigs accepting that I’ll end up working more than is outlined in the contract, it’s still important to me to make sure that I’m actively choosing to volunteer those extra hours rather than working them because I feel like I have to, if that makes any sense? Like, if I wouldn’t volunteer that time, and I’m only working that — essentially unpaid — overtime out of a sense of contractual obligation, then I need to figure out how to communicate that, and to either cut down on my hours or to ask for my stipend to be increased. Which I’ve done before, but is still definitely my least favorite part.

If you keep a budget, how does income from your side hustle fit into it? And if it fits into multiple categories, would you mind doing a mini budget-breakdown of that income?

Anything I get in checks gets deposited into an account that’s just for travel and gifts, and anything I get through an app like PayPal or Venmo (which admittedly doesn’t happen often) gets directly rolled over into an Acorns portfolio.

All of my extended family lives in Guatemala and my parents just moved back, so I usually try to visit at least once a year. Tickets can get pricey during the summer, which is when I have the most flexibility to take time off, so I like to have as much of a cushion in that account as possible. My family is huge, and Christmas and birthday gifts have always been a pretty significant category in my budget every year, so pretty much anything left after travel gets earmarked for that.

How do you see that side hustle changing or fitting into your long-term plans (if at all)?

I don’t see it really changing for the foreseeable future! Which is probably not a very interesting answer. But I’m pretty happy with keeping theater as something to do on the side; it feels like I still have the freedom to take a break from it when it’s too overwhelming because it isn’t my only source of income.

Last question: is there one financial goal that you feel like your side hustle has helped you meet? 🙂

Hm. Maybe dabbling in investing? Even just having a few small, low-risk investments has made me feel more confident in my ability to manage a portfolio; I’ve been thinking about rolling the money in my Acorns account over into an index fund once I hit $1,000, hopefully later this year.