Why You Should Know Your Friends’ Salaries. (Yes, Really.) 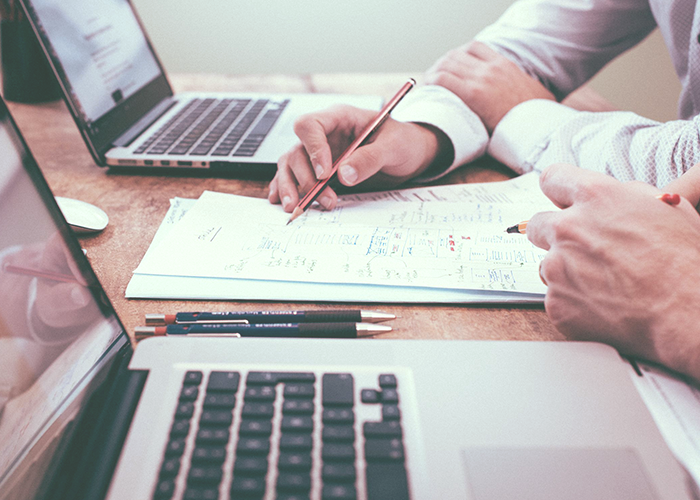 Recently, I came across an article on Daily Worth called, “Do You Know How Much Money Your Friends Make? You Should,” written by Margo Thierry. I first clicked on the article thinking, shit, no, I do not know how much most of my friends make. This is despite working full-time here at TFD — a site that promotes financial literacy and transparent financial discussions with friends and family. I’ve realized I am more open with strangers who I meet through work, but there remains an element of secrecy amongst my closer friends when we discuss money. Each time I’m faced with this reality, I’m reminded that salary-sharing is an important tool we can use to empower one other, and advocate for ourselves in the workplace.

While there’s been a long history of people being secretive about what they make, there are many schools of thought that suggest we would all benefit if we talked about what we made. Knowledge is power, and the more you know about what you should be paid, the greater confidence you’ll have to negotiate. For example, a friend of mine took another older friend of hers out to lunch for some #honest financial talk. During the course of the lunch, she discovered she was being underpaid by about $15k in her account management role. She switched jobs about a month later, and would have never felt comfortable negotiating if she hadn’t had the information her friend gave her.

It’s not uncommon for people to not only be touchy about sharing their salaries, but with sharing personal financial details as well. I wonder if it’s because we fear the judgment of those who are closest to us because we have to interact with them often. And I wonder if it’s because we feel uncomfortable revealing the financial standing of our partners/spouses/boyfriends etc. (which is bound to affect our overall financial picture). It’s worth reflecting on how each of us feels about candid financial discussions, and the role they play in our relationships. We can’t allow ourselves to fall victim to societal norms and be told what gets the green light for discussion.

In the Daily Worth article, Thierry talks about her own relationships and the role that financial honesty plays. She says that the level of intimacy with friends went from surface-level to feeling incredibly intimate once it was OK to talk about money. She writes about the significant shift she experienced once concrete numbers, budgets, bills, and salaries were on the table. At that point, she says that honest and productive conversation could ensue. The author writes about how it made a world of difference, saying:

We were shocked to learn how much of our lives were foreign to each other, despite our closeness (Brian asks me to vet all his potential boyfriends, and I talk to his mom regularly, for example). We realized that shutting our closest friends out of our financial situations meant shutting them out of a huge part of our lives, since money touches everything.

That’s the thing, isn’t it? Money does touch everything, and if you aren’t going to let people in on the details surrounding your financial situation, salary, or bills, how can anyone expect to really know someone? The author explains that her friends were out of touch with her financial reality, and they would frequently ask her to partake in activities she simply couldn’t afford. Rather than telling her friends she was unable to join, she had to make up excuses that left friends feeling hurt. People mistook her reluctance to join them as a personal slight, and they believed she simply didn’t want to hang out with them. When friends have to hide or protect part of their identity out of fear of judgment, there will always be walls up which stunt the growth of friendships.

Personally, I used to feel like money was an awkward topic of discussion (which was largely due to the way I was raised). As I’ve grown older, I’ve learned to be unafraid of having tough money discussions with friends. (We’ve written about breaking the money taboo on TFD here, here, and here.)  I know I deeply appreciate when people are candid with me, and I feel like I owe my friends the same openness I expect of them. I know that being honest about financial matters is not easy, especially when you are raised in a household (like mine) which views candid money discussions as “tacky.” I found myself identifying with the author, for I, too, was raised by parents who were somewhat secretive about money. They never told me what they made, or discussed the health of our finances as a family. While I could usually perceive if our finances were tight, they never conversed about it openly. Now, my fiancé comes from the opposite end of the financial-candidness spectrum, and regular discussions with his parents about money were the norm. It took us a long time to come to terms with how each of us viewed financial matters because we both felt uncomfortable addressing it.

I’ve had to unlearn the habits and behaviors of my parents and family and make choices for myself, and I’ve come a long way. I’m happy to say that financial discussions with my fiance haven’t been an awkward topic of discussion for a long time now. Over the last three years, financial honesty has grown to play a pivotal role in my relationship with my friends and partner.

It’s important that we aren’t afraid to have difficult and honest discussions with our closest friends. If not them, then who? Who else can we expect to understand our value system and truly support us? The author captures the benefits of discussing finances, saying,

But being open about our financial situations goes even deeper: Now we better understand each other’s values and the lives we want for ourselves. I feel like they actually know me. This is true intimacy — to be seen and understood wholly, beyond the public-facing version of myself.

When you are honest about your financial situation with those closest to you, life really does open up and get better. Nowadays, I talk about finances with as much openness as I would about topics like sex, dating, personal issues, political opinions, etc. — and that’s the way it should be. When we remove the stigma from discussing the financial details of our lives, we can be more supportive, understanding, and helpful friends. It allows us to practice more empathy and be more useful support systems in times of need. I’ve realized the value in having people to lean on rather than bottling up stress and anxiety on my own.

Financial openness is a journey and will look different for everyone. If you need help taking baby steps, you can use this salary calculator to help figure out if your salary is average for your age, sex, geographical location, and level of experience. You can use it as a starting point to help negotiate a salary at a new job, or help corroborate an argument for a raise at your current position. Let’s all help each other get better, together.