How Women’s Reproductive Freedom Is About To Seriously Improve (Yes, Really) 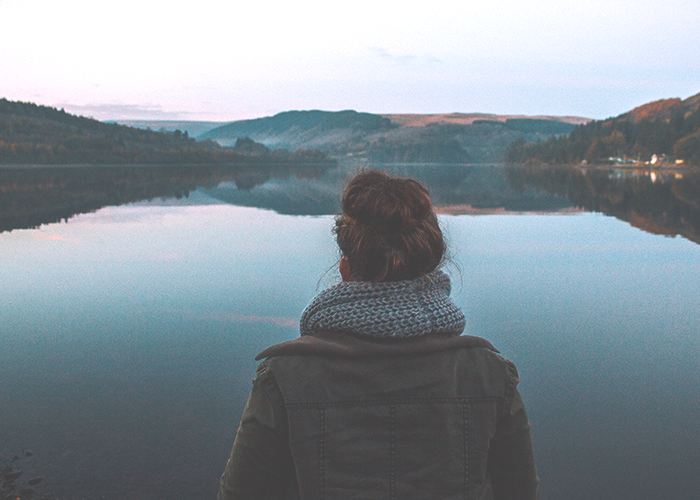 Recently, between hearing Donald Trump’s crazy comments on abortion and reading about the recently passed Indiana laws, I was again reminded that women’s rights are being trampled upon. The individuals who threaten to remove the decision-making power that women have over their own lives and bodies can cause a ripple effect of damage. These limitations threaten women’s financial, professional, and personal freedoms. It’s imperative that we realize these conversations, choices, and actions don’t exist in a bubble, and the repercussions they have over women’s financial lives are staggering. Women deserve the right to build the kind of lives they wish for themselves, and that freedom is a key component to a woman’s ability to exercise her right to full independence, financial freedom, and autonomy over her own life, career, and reproductive rights.

Then, just the other morning, I saw a headline on Wired called The FDA Just Opened Up Abortion Pill Access. Next Up: Webcam Prescriptions, and it was written by Sarah Zhang. This article was a fantastic read that restored some hope for women’s rights advocates. Sarah Zhang’s article was eye-opening, and she talked about the importance of women having the freedom to choose an abortion method. Stumbling upon that article was just what I needed to restore a little of my faith in humanity.

The article started off by explaining that the FDA just pushed through a rule change that would make abortion induced by medicine, as opposed to surgery, much easier to gain access to. While the change only applies to certain areas of the country, it’s significant because it means the pill can be prescribed without there needing to be clinics specifically near the patient’s home. In addition to the change requiring fewer doctor visits, the change also extends the time in which a woman can take the pill to 10 weeks of pregnancy (up from a previous seven weeks). This is significant for women who can’t afford the time off of work, or the transport to attend four appointments, or who risk crucial income (or their job entirely) for doing so. And that is, in this country, the majority of women. According to another article written in The New York Times, the author writes, “The change was an unequivocal victory for abortion rights advocates who had been fighting laws in Texas, North Dakota and Ohio, among other states, that require doctors prescribing the pill to follow the directions on the FDA label for using it, which had been more stringent.”

Regardless of your personal views on the matter, it’s important that we build ways for women to have access to safe abortions. Some people call the abortion pill (the most common version of it being Mifeprex) the “safer” and more “affordable” option compared to a surgical abortion. And while the FDA’s changes that make the pill more readily available are an important victory, we can still go further in our quest to provide safer and financially viable abortions for more women.

Zhang recognizes the importance of the FDA’s change, but comments on another way we could increase access to the abortion pill saying,

By expanding a patient’s ability to use telemedicine as a way to access the abortion pill, more women can receive timely and cost-effective care they need earlier on in their pregnancy. (You might be wondering what the hell Telemedicine is — you can read up on it here.) These sessions with a doctor can take place via Skype, two-way video, on a smart phone, or email. There are obvious benefits to women receiving the pill this way, and it’s convenient, offers a more extensive reach to patients, reduces complexity, offers greater flexibility for physicians, and is cheaper.

Being prescribed the abortion pill via a webcam in a telemedicine scenario might sound scary to some, but implementing it here in the U.S. would mean that women could get early, safe, and effective care cheaper and more easily. The method of telemedicine abortion pill prescriptions can be a safe experience for women, and Zhang writes:

“With the Tabbot Foundation in Australia, for example, women call in and get referred to a local provider for ultrasound and blood tests before getting their abortion pills. Since the program launched last September, over 300 women have used its services.”

In the U.S., we don’t allow direct-to-patient telemedicine abortion services, but by allowing studies and clinical trials to begin to take place around the world, we can generate useful data that is invaluable to society and the FDA. These trials are an essential component of understanding and destigmatizing the method of distributing the abortion pill to women who need it.

The statistics of unsafe abortions are staggering, and I was shocked to learn just how many women die from unsafe methods. In fact, these unsafe abortions account for 13% of maternal mortality rate in the U.S., making it one of the leading causes. Doing what we can to provide safer abortions and financial and reproductive freedom for women is crucial. According to statistics provided by the US National Library of Medicine National Institutes of Health, “every year, worldwide, about 42 million women with unintended pregnancies choose abortion, and nearly half of these procedures, 20 million, are unsafe. Some 68,000 women die of unsafe abortion annually.”

When we empower women to make their own decision about how they choose to handle their pregnancy, they don’t have to feel afraid, reluctant, or hesitant to come forward. There is less of an incentive for them to proceed with unsafe methods if they know they have options that are readily available. Reproductive rights aren’t women’s rights, they are human rights. Women deserve access to every opportunity they wish to pursue, and they deserve professional flexibility, financial freedom, professional security, safety from abusive situations, and educational opportunities, and we can help them achieve those opportunities by making this conversation less taboo.