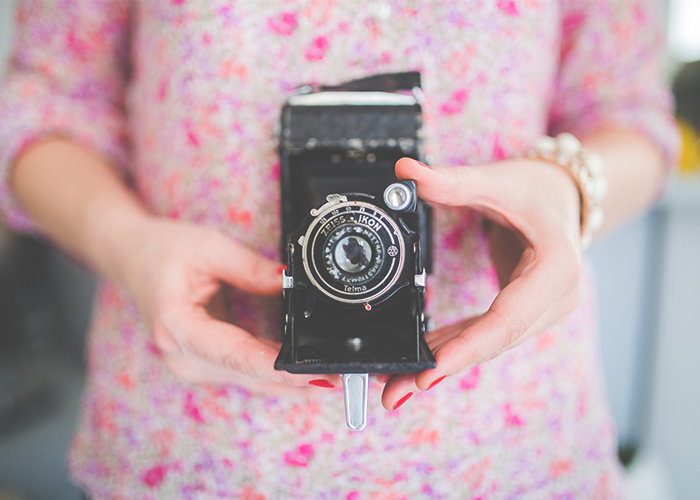 It started with one email, ‘Sent: Barbwire Flaming Heart Pendant With Black Stones On A Chain In Antique Silver.’ It took me awhile to remember the eBay purchase — then I remembered. I had gone down a YouTube hole of Guns N Roses music videos a week before, and decided I was going to shop the look. The necklace was $15 from eBay, including shipping to Australia.

‘Maybe I have a problem’ I thought at the time, but inevitably I justified it because it was a purchase under $50 and of course it’s a unique item — a bargain really.

That was a little over a year ago. Before and since then, I’ve bought more accessories on eBay, usually rings and other necklaces that have free shipping. My big weakness is designer clothing, though. I’ve bought Ralph Lauren and Marc Jacobs dresses from eBay for $40 or $50 that arrived and didn’t fit, then passed on to my sisters without thinking to return them. Sometimes ill-fitting items would go straight to an op shop (what Australians call second-hand clothing stores), purely because I can’t be bothered with the refund process. My favorite eBay purchases include a Carven printed t-shirt, covetable Australian designers whose stores I would never go into if there wasn’t a sale on, some cool sample pieces and Elizabeth Arden products. I’ve never spent more than a hundred dollars on a single purchase from eBay, but collectively per month, I was spending a few hundred without noticing.

I am one of those millenials with under $1000 saved up, and I tell myself it’s because I can’t afford it. To me, saving means you put aside half your paycheck every fortnight and never going out to the movies and dinner with your boyfriend. You never see touring bands, or current art exhibits, because you prioritize having a house one day or something. It’s for people who have mapped out their whole lives already, so I’m in denial about getting old and dying I guess.

Sometimes I would look at my bank balance the few days before payday and wonder ‘Where does my money go?’ and truly be wondering. It took a couple more email notifications from eBay for me to really recognize it as the problem though. I’ve been an avid op-shopper since about the age of 12, I don’t max out credit cards at department stores — I’m thrifty. I just couldn’t understand that my spending could be that much of a problem.

By comparison to people who are tens of thousands of dollars in debt from shopping addictions, my issue of just not having much saved isn’t that big of a problem. It doesn’t mean I don’t have exactly the same tendencies though, I’m just playing on a smaller field. I’m currently a temp worker and freelance writer, but when I’ve had full-time work, my spending matches. The shopping is constant no matter my circumstances, which proves it’s a problem. And it is a problem because it cuts into things I could be spending on: dentist visits, short courses and travel, and financial security — that great unknown. Most importantly, as someone who rents, and for whom moving back in with a parent isn’t an option, I really can’t afford to be so careless. Maybe I find it unconsciously thrilling, I don’t know. But recently, after yet another eBay purchase (a Dinosaur Designs ring, $38 all up including shipping), I realized I was feeling shame and regret like an addict, too.

Now my interests are my interests, and I think I have great taste (I actually wear the barbed-wire heart necklace), but I should put into perspective that for the ten cheap opal rings I’ve purchased from eBay stores, I could have bought a really nice ring from a local designer. Every pair of gas station-bought sunglasses combined could be some decent Ray Bans. Every time I’d gone looking for a rain jacket with a hood and ended up buying a 90s Gucci knock-off (with no hood), could be an actual rain jacket with a hood. The problem is I get so carried away browsing that I entirely lose focus, and end up buying stuff that I do at least like, but they’re all sentimental purchases. I don’t own much in the way of staple items. I actually have much more in common with the magpie I saw repeatedly flying into a bus stop advertisement (the person in the ad was wearing sparkly glasses) than fellow second-hand clothing aficionados like Alexa Chung. I need a reality check, not a Reality Bites (1994) inspired wardrobe.

Take for example my email Inbox. I probably receive five or six fashion-related junk emails a day notifying me of sales. Not only popular online stores like ASOS and Finery London, but totally unaffordable labels like Bella Freud (who the hell am I kidding?) and Henry Holland. What I worked out was that even though I would sometimes check out some sale items on the latter labels, I could never justify the shipping, but I would then search those labels on eBay. The emails are a trigger, and before I know it I’m typing ‘tartan’ and ‘mustard yellow’ into the eBay search bar. The same with op shopping, I tell myself, ‘Winter is coming, you need sweaters’ then end up buying two or three, but then spending at least $30 to $40 extra on other clothes, books, VHS tapes and maybe a necklace or picture frame — all items that I have plenty of.

So first things first, I deleted my eBay app, and I’m slowly unsubscribing from clothing related junk mail. I also set up a high-interest savings account that direct debits $30 from my main account a week, which I plan to increase as I get more on top of cutting down my spending. When you have a somewhat fanciful mind like mine, sometimes enforcing strict rules is the only solution, but they do work. Not even two months after making these small decisions, I’m already nearly halfway there to having more money saved than the average millennial.

I don’t think I’ve tackled all the core issues around my impulse spending yet, but by identifying it as an issue, I feel at least less overwhelmed when thinking about my finances. I’m taking the steps that work for me, and getting better every day.

Hannah Joyner is a writer from Melbourne, Australia. More of her work can be found via her Twitter.