11 Invaluable Qualities All Adults Should Look For In A Roommate 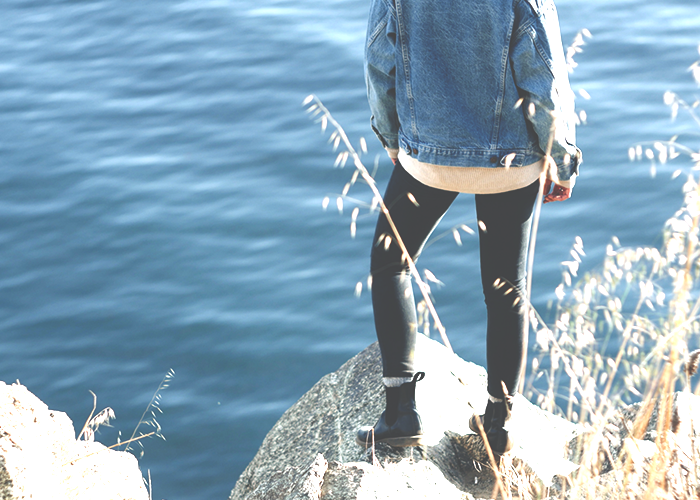 It’s hard to make friends as an adult, and it is doubly hard to make friends as an adult while thinking, “Hey, should this person co-habitate with me in a tiny apartment for  twelve long, excruciatingly-shared months?” Okay, so maybe you don’t find the roommate-matching process as difficult as I do. Perhaps I sound wildly-cynical. But the numbers will show that I’m actually pretty great at finding non-psychos to live with: in the past five years, I’ve set myself up with 18 different people. Is “My Housemates, My Roommates, My Subletter, Myself” a good memoir title? Sorry.

The bottom line of that corny book would be this: I’ve lived with a lot of different people, and I turned out just fine -– but being choosey would’ve saved me mad financial grief. Not all friends can be roommates, dear reader. And I’ve absolutely been a shitty roommate at some point, even though I’d say I’m a charming lady. Some of your loveliest friends will take your clothes, food, booze, weed, time, patience, and, in extreme cases, your damn boyfriend. Fun people are capable of diabolically annoying things! Learn to embrace it. If you look at a potential roommate as an investment –- as opposed to looking at them as, say, a fellow vodka enthusiast or a bomb chef -– then maybe you can avoid some of my more unsavory, costly living situation pitfalls.

Here are some pointers for your next adult roommate speed-dating™ session. Godspeed.

1. They hold down a job and/or they have several sources of income.

As it stands, I am throwing a big stone with “IN DEBT” spraypainted on it from the inside of a very unstable glass house, but my situation won’t keep me from stating the obvious: good roommates can pay rent on time. Baseline. Minimum. The most clear indicator that your roommate won’t screw you over when the rent’s due? They *earn* money; not “have money,” but “earn money.” It’s possible to come up with a bunch of money in one a week — trust me, I’ve been known to let my bank account go into single digits before putting together $800 in a matter of days — but is it wise to sign a legally binding document with someone who doesn’t have paychecks coming in consistently? No. If they work — in any consistent capacity, not just a full-time job — and earn money on the regular, then you can check off one box. If not, you’ll be taking a big chance.

2. They’ve lived with other people close to your age before and didn’t hate it passionately.

No-brainer! Has this person ever had roommates? If not, why? Are they way more mature than other people? Further along in your life, to a point of not being able to live with someone who doesn’t get that turning lights on costs money? Or…If yes, did they like living with other people? Why or why not? These are first date questions for your Bachelor-style roommate competition. Ask tactfully and carry a big stick. A president said that. Don’t Google it.

How can you tell if someone is clean or not? For me, it’s about asking what their kitchen and bathroom are like. Do you think it’s chill to let the dishes pile up for a hot second? Do you love to bleach your bathtub on Sundays? Once you suss out someone’s cleaning style, you can decide if they’re an appropriate match for your preferences. But here’s a free clue that it took me almost 26 years to get: cost-effective, reliable roommates clean up after themselves and take care of their shit 89% of the time. If someone is messy and shrugs at the idea of a gross sink, there’s a slim chance that they’re just “mad chill” and a high chance that they’re going to be a burden on your lifestyle. Go forth and be chill, but also find a roommate who knows what dish gloves and sponges are for. Trust.

Boundaries are the most attractive thing in this world. When I was 21, I’d leave my door open at all hours of the day and tell people to come by whenever they felt like it, especially if their feelings included a block of cheese, alcohol, a dude, several dudes, or anything else that could be addictive and awful when consumed in non-moderation. That phase of my life resulted in a lot of money and time spent on other people, parties, and — when I really think about it — tuition dollars wasted on time spent fucking off. I continued these habits into my mid-twenties, sort of, and I continued to compulsively overstep (and overspend) every emotional and financial boundary in my life. These days, I’m trying to be better, which has made me — shocker! — way easier to live with. It’s difficult to determine if another person respects boundaries, but I’ll just say this: look for a roommate who is trying to be better in all areas of their life, or already has a routine worked out, and you’ll both be happier for it. I promise.

5. They own (some) stuff and take care of said stuff.

Having useful possessions is a great thing, for two reasons: these possessions serve functional purposes, AND they show that a person can own something without destroying it out of recklessness or for personal catharsis. Are you scared of how my brain works, at this point? I am. In spite of this whole cynical shtick I’m on, I’m inclined to be sappy and say that people who take care of things and care about things tend to care more about everything: paying bills, other people, not blasting god-awful acoustic rap covers from YouTube at 2AM. Yes, I’m making some wild assumptions, but hey — this is a listicle about judging people so that you can decide if they’re okay to share a living space with. Judge people based on how they value and *treat* things, not on their things alone. The end. Or the middle, rather.

I mean. It doesn’t hurt, okay? People who can cook can also like, add and subtract. I’m reaching here. Can you tell that I can only cook one meal well? I’m trying, okay? Move in with someone who won’t rely on you for sustenance, is what I am saying.

7. They don’t hate everyone.

If your potential roommate speaks highly of no one and complains about most things, then yeah. You’re about to move in with a hater. Being a hater is a lifestyle rooted in deep insecurity, which happens to the best of us, but it is no fun to share a bathroom with a hater. Or to listen to a hater while you eat breakfast. Or like, anything. Hate responsibly, and don’t move in with someone who hates in order to survive. It is worse than living with your parents, your parents’ parents, and just about anyone.

8. They can be honest with you, even on a micro-level.

If this potential roommate has ever told you that you have something in your teeth, that you can try harder than you are trying, or that, like, they think the bathroom’s a bit small but will work, then…solid! This person might be trustworthy. Look for personal character clues where you can take them, and ask follow-up questions, man. It’s better than being charmed by a fake-ass rich kid with a car who, in actuality, will hoard all of the dishes in their room and throw out dirty laundry. In the trash. Clothes. In the trash. True story. Anyway.

This is beginning to sound like A Guide to Deciding If Someone Is An Okay Human Being. So be it! Do you know how many people aren’t okay to live with? A lot: Me. Your weird cousin who prefers to be alone. Me. Your ex. Me. Uhhh….anyway. You should live with someone who understands the way you socialize and vice versa. No matter what your socializing style, I believe that seeking a roommate out who actively enjoys being around other people and does so on a fairly regular basis is, well, the baseline minimum of what you should do. Sharing an apartment means sharing some social interactions. Living with someone who has no established connections or routines or like, anything? That can be dicey. They could try to adopt your own life and friends and routines, or they could cut themselves off entirely; both those approaches would be stressful to live around.

10. They have Amazon Prime…or some other subscription service that they pay for by themselves.

Look: if you do not have Amazon Prime yet, you are absolutely playing yourself and everyone around you. For a smooth $90 per year (like $8/month), you can order anything and have it at your doorstep in two days! Anything! Well, almost anything. Okay. I digress. Point is: if someone has Amazon Prime in 2016, they aren’t a fool, *and* you can mooch off their Prime (if you’re a damn fool and don’t have your own) by tossing them a few bucks every month or so. Such is the nature of all subscription service conveniences in our wild time: everyone should have some, and when someone has some, they should share logically. If I’ve got the Prime, you’ve got the Chromecast and the Netflix.

If this doesn’t make sense to you, then whatever. Keep going to stores and buying vinyls and mason jars and oatmeal by handing paper that has monetary value to a cashier or something, I don’t know.

11. They’re looking at you and sussing you out in the same way you are to them.

Desperation in the search for living situations is very, very real. I live in Los Angeles and it is baaaaad here, like “I was about to move in with five actors because there was a washer-dryer unit” bad. JK. But for real: the cost of rent is too damn high, especially in cities where young people are flocking. Especially New York and San Francisco, the rental-gentrification dystopias of our fair nation’s design. In spite of this, you have to be smart about where and who you live with.

Risk vs. reward, pros vs. cons, and short-term vs. long-term. And also, like, you should have some happiness in your living environment somewhere, right? It’s a lot to consider, and the person who wants to move into your place should be sizing you up with consideration, too. It’s the mark of someone savvy, smart, and not wildly in need of a place to live to the point of very clouded judgment. I’ve been the latter and I’ve gotten lucky with gracious roommates. But if we can all be more considerate, we can all live better, I think.

Too Hallmark for this Craigslist situation? Probably. I’m the only one who has to live with my bad jokes, though. Well. Me and my future new roommate. Hard yikes!