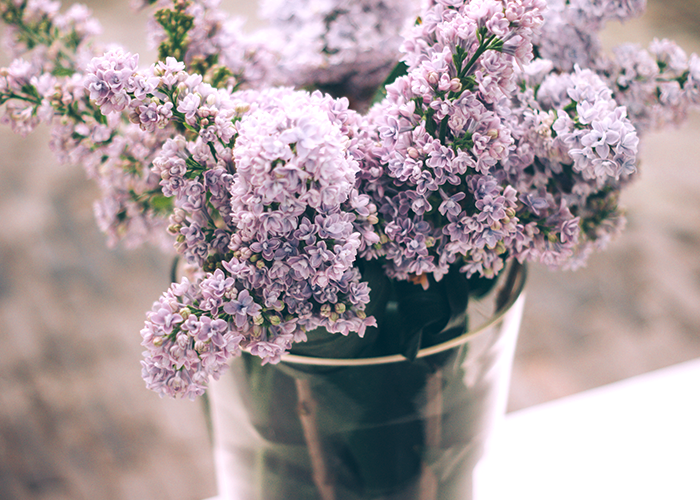 Buckle up for more Spring Cleaning Content. At the end of May, I’m moving for the second time in five months. I wasn’t originally planning on doing a big “spring cleaning”, since I cleared out so much stuff when I moved at the end of December. However, when we found a nice new apartment (in a much better location) and decided to move again, I realized I definitely didn’t feel like moving all of my crap for the second time in less than a year. Call me lazy, but I’d rather kick my ass into major spring cleaning mode now than lug all of my junk to another apartment (especially because we’ll actually have to climb stairs to move into this one, unlike our current place which is ground-level).

I’ve already started with my closet (which will be a process for sure – one that TFD very well may hear about in greater detail as I get deeper into it), but I’ve also come up with a list over the past few days of some other things that I’ve been eliminating in preparation for move #2 – things that I’d hardly ever thought about getting rid of before.

Although I think it is super important to be mindful food purchasing and making sure you only buy what you’re going to eat, obviously from time to time you slip up and get things that simply go unused. But having a pantry cluttered with random non-perishable items that you don’t see yourself ever touching just wastes space, and distracts you from the items that you will actually use to cook with. I’m weird about this, and sometimes will leave milk in my fridge that I know is expired because I’m disappointed in myself for not consuming it before it went sour. That’s a little extreme. Don’t be like me – just throw away food you’re not going to use.

Side note: obviously donate things that aren’t expired. But if you have milk that’s been in your fridge for three months, just throw it away please.

If you’re like me, you have a lot of “backups” for things like kitchen towels or bedsheets, but really, you probably should just be washing yours regularly and worry about buying new ones if the ones you regularly use suffer some sort of irreparable damage.

3. Expired beauty products (especially those you haven’t touched in years).

Obviously things that are way past their expiration date should go, but they should especially go if they are an orange-scented lip balm that you loved in 7th grade and can’t actually believe you still have, and definitely don’t use, but keep because you did love it once so you think you might love it again someday. (Totally random example, definitely not pulled from my real life.)

On my desk, I have a little cup full of pens. Today while on the phone making an appointment with my doctor, I was frantically searching for a pen to scribble down the date and time of the appointment, and found that basically none of them actually have any ink in them. I eventually found one and wrote it, but immediately after I got off of that call, I went through the cup and tossed every pen that didn’t work.

For me, this is essentially just every piece of furniture Drew purchased or acquired before we met. His lamps make me cringe. They’re super functional lamps – they do exactly what lamps need to do. But I hate looking at them, and therefore never even turn them on, so I do definitely plan on getting rid of them, and eventually replacing them if we find that we need more lighting in our new place.

6. Old schoolwork/papers (once you’re sure you no longer need them).

I held on to a lot of notes from classes thinking “maybe one day I’ll want to learn French and I’ll reference my notes from my freshman year French class!” even though I know very well that the notes are shit and won’t help me one bit. If you’ve graduated from school and still have notes/work that isn’t relevant to your career path, you can safely toss them.

Same goes for textbooks – I truly don’t need any of my undergrad textbooks, because lest we forget that someone working in the communication field will likely never need an earth science textbook. If you work in a field where you may want to reference things from books (like my boyfriend, who has a shit ton of textbooks that I can’t fault him for owning, because he actually looks at them), then by all means, keep them. If you know you won’t touch it and you’re just keeping it because it cost you $200 + a small chunk of your soul, just get rid of it.

Basically pans that are peeling and knives that are too dull to use in a real, functional way. It isn’t really worth it to have 10 knives that are dull – you’re probably almost never going to need to use all of them at once. Toss them in favor of ones that actually cut

through food instead of just making squishy dents in it.

8. Things that are aesthetically pleasing to you, but got “hidden” because they clashed with your décor, and now you just keep them on the off-chance they’ll match your shit again someday.

Maybe this doesn’t apply to everyone, but I have a bunch of really pretty picture frames and little things that I find highly aesthetically pleasing, but they somehow clashed with everything else I owned, so I put them “away” (i.e. hid them under my athletic clothes) to be taken out someday when I have a space where they will look nice. Mostly, it is just depressing to see a pretty turquoise frame hiding under my running leggings and knowing that I’ll most likely never use it. This goes for pretty much anything you like, but just don’t currently use – if you don’t have a good space for it now, chances are you never will.

9. Very practical/useful things that you have literally never touched.

Candles that don’t smell amazing are not worth the fire risk. Also, I hate having a tray full of candles that I’m just trying to “get through” so I can start burning the ones I actually like. I actually avoid burning candles I love when I have ones I don’t love because I don’t want to run out of the one I love and be stuck with only the one I hate. Candles are supposed to add to your life, not be a weird chore for you to overthink about.

Fact: your bathroom is not a pharmacy. Additional fact: you probably live near a pharmacy.

12. Anything that has never been taken out of the package.

I have a lot of little things that I picked up when I moved and then never opened because I either didn’t care enough and forgot, or realized that they didn’t quite fit in my home. I’ve been hanging on to them hoping they’ll find some use in my next place, but to be honest, I think I need to just get rid of them – they do nothing but take up space.