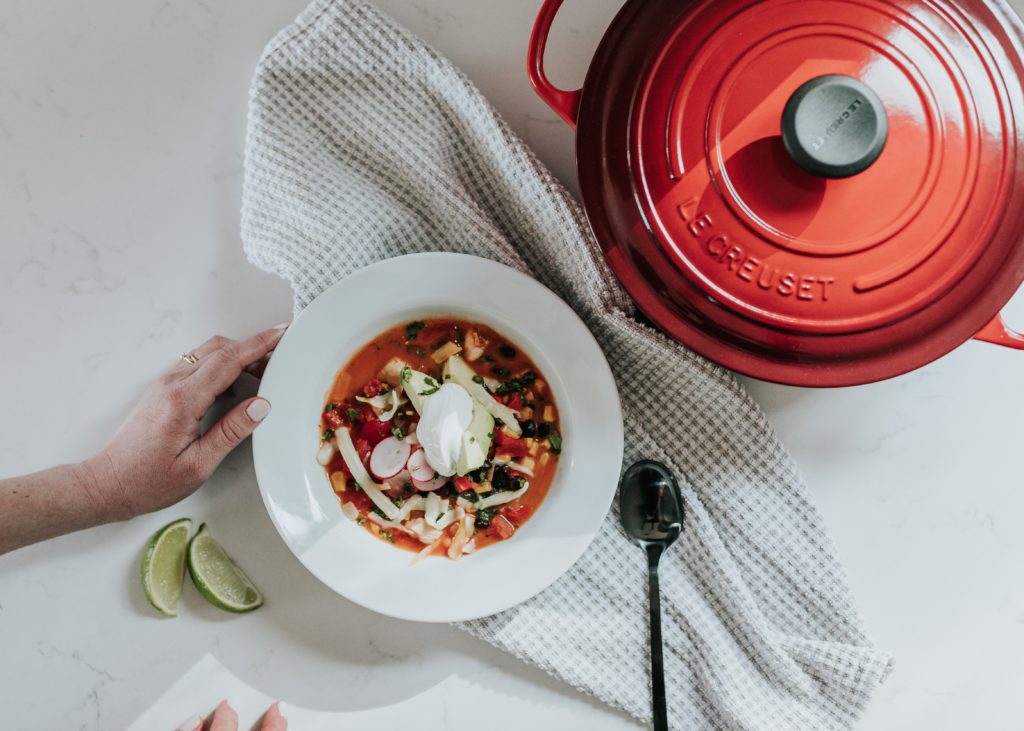 As someone who has consistently relied on a meal plan for years, I can vouch for the fact that all the meal planning evangelists on Instagram, Pinterest, and Reddit are right: It really does save money. I throw away less food and pick up fewer last-minute meals when I’m consistently meal planning, and my grocery budget loves me for it. I also make better choices and generally feel better about my health when I’m nourished with thoughtfully prepared, reasonably portioned meals.

That being said, as much as I have chugged the Kool-Aid, I’ll confess to having grown a little weary of the never-ending SAVE-MONEY-LOSE-WEIGHT-SAVE-MONEY-LOSE-WEIGHT mantra of the more extreme meal planners out there. And while we all want to be physically and financially healthy, not everyone is motivated by the continual beating of those two particular drums.

I started to meal plan regularly when I was 22 and living on my own for the first time. Nearly seven years later, here are four excellent reasons to give it a shot that have nothing to do with money or weight loss.

At the end of a brutal workday, the last thing I want to do is try to remember what’s in my fridge, mentally construct a meal out of it, and drag myself to the grocery to pick up whatever else I need to make it happen — let alone actually cook it from start to finish. Days like this are fertile ground for regrettable takeout decisions or just scrounging around the cupboard like a raccoon in search of whatever convenient snacky junk I have laying around.

When I’ve planned ahead, I know I have either a fully prepared, easily reheated meal or everything I need to quickly create one waiting for me, ready to go. Pulling that lovingly packed Pyrex out of the fridge makes me feel like a Real Simple cover girl. And I don’t even have to think about it. I just get to enjoy a delicious dinner while basking in the glow of my own preparedness, free from the 4:30-PM agony of trying to summon a mental image of the contents of my pantry and muster up the energy to turn it into something edible.

2. Meal planning makes it easier to eat a greater variety of things.

In my early days of living on my own, I didn’t have much cooking experience and was very new to veganism. As a result, my mental backlog of go-to meals was minuscule, and so I often just ate the same things over and over. When I started planning out my week, I realized it was insane to subsist purely on overnight oats and quinoa salad like a poster child for Pinterest veganism — and I was growing bored of them. I started branching out, adding some soups and beans and other basic meals to my repertoire by building them into my meal plan. It was much easier to ensure I was eating a variety of things when I planned ahead.

A friend once told me she could never meal plan because she hated the idea of committing to one meal and running the risk of wanting something different when the time came — and yet she ate the same things over and over and never made a dent in the ever-growing list of recipes she saved. She feared, in my humble opinion, a mythical phenomenon, because very few of us are going to take a shot at mapo tofu or gnocchi for the first time on a school night on a whim.

I love trying new recipes, but when I don’t plan for it, I end up with the same handful of ingredients that I whip into the same handful of meals over and over again. There’s nothing wrong with repetition, of course, but it’s much easier to try making empanadas if I plan ahead and pick up some pre-made pie crust. As a result of meal planning (humblebrag alert), I actually do make a lot of the recipes I save on Pinterest or bookmark in my cookbook collection instead of just hoarding them aspirationally. Regularly trying something different adds a fun element to my week, and it keeps me from getting bored with my own repertoire.

Trying new recipes and cooking every week has vastly improved my kitchen skills. In my early cooking days, I could barely make pasta without anxiously following every word of a recipe for fear of a grave error. Now, I’m actually not bad at coming up with different flavor combinations or easy dinners on my own, a skill I literally thought I’d never have. I’ll try pretty much anything out of a cookbook because I know I can figure it out, even if a given recipe doesn’t tell me the exact moment in time when a dish will be done and forces me to rely on my own judgment to make that call. The pleasure of being able to confidently pull together and serve a delicious meal for your friends, your sweetheart, or even just yourself is deeply underrated, and a regular meal planning practice is a huge step in that direction.

Here are a few tips to get started on a meal plan:

My own confidence and competence have grown exponentially as a result of regularly planning my meals, and it’s brought great value to my adult life. The most rewarding benefits of meal planning are often the most underrated, and I hope more people will find happiness and satisfaction in giving it a try.