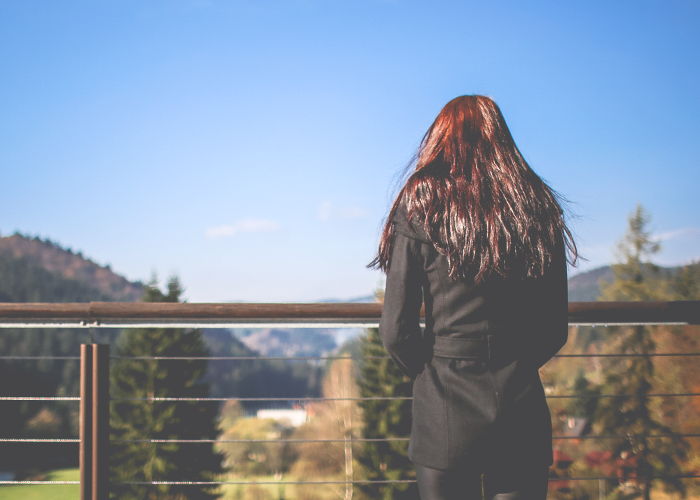 Putting together a résumé, cover letter, and general job application can be an intimidating task. Applying for multiple jobs simultaneously can be an exhausting and tedious affair — especially if each application is tailored to the job to which you are applying. At my pace, I have to proofread a document at least three times before sending off,  which would make for a massive time-intensive activity. If I had the gall to post a photo of my very first résumé I put together during my junior year of college, it would be a mortifying exercise. It was elaborately designed with different typefaces, colors, and mini-illustrations, and was just incredibly over-the-top. As a designer, it made sense that I was thinking about how to beautifully package my experience, but I should have given equal weight to the content, the quality of the writing, and the specific details I could provide to make an employer take notice. I’ve come a long way since those days and my résumé has become increasingly streamlined, but I’ll never forget those first rounds of revisions I did/what I learned from them.

Not too long after that point in my college career, I began working at the on-campus career center and saw A LOT of résumés passed my way for review. I got better at giving feedback, making corrections, pointing out problem areas, and highlighting what was and wasn’t working. I’m certainly no expert, but I’m still comfortable helping people with the basics and that’s what I’m going to talk about today. Obviously, depending on what industry you work in and what job you’re applying for, your résumé is going to look quite different than someone else’s. But, the same basic underlying principals of professionalism, clarity, and impeccable spelling/grammar apply to ALL.

I’ve rounded up six (of MANY) things that Hiring Managers do not want to see on résumés, which if included, will make them far less likely to be seriously reviewed. Take a look below!

This piece of advice was actually new to me, but I’m glad I heard it. Suzanne Lucas from the popular blog Evil HR Lady explains that her biggest problem with résumés is when people only put the years next to a job they held. She explains, “Every time I see a résumé that has a position without the months listed, I assume they are trying to hide a short term job. Of course, this doesn’t matter if you were in the job for five years, but often you see 2012-2013 and it’s really that the person worked there for three months. Unless you really are hiding something, don’t do this. And if you are hiding something, be prepared to explain it in the interview, because I’m going to ask how long you really worked for a company.” A useful tip that’s worth keeping in mind.

Is there anything more soul-sucking to a Hiring Manager/Recruiters then having to read over scores of résumés that all utilize the same language and tired old industry jargon. Plus, using too many of these “keywords” can turn people off. A Hiring Manager at Business Insider explains, “If your résumé makes it through the filtering system, but it is evident to the reader that you were successful because of ‘keyword stuffing,’ the reader will feel you just gamed the system and will place your résumé in the ‘no’ pile.” You should try and use a healthy mix of this active language, but don’t overdo it. According to this article on The Muse, some of these terms include:

-Think outside of the box

You should avoid using words like these because, simply put, it makes your résumé look like everyone else’s and shows little creativity. I, myself, have struggled with coming up with powerful engaging copy to describe the work I’ve done, but I find that it’s easier when I pass it around to multiple people for review. It’s always helpful to run your résumé past as many eyes as you can, and get a professional mentor to critique it.

The small degree of experience that Chelsea and I have with looking at résumés for the purpose of hiring for TFD means that we’ve looked over a good amount of résumés of young professionals. Chelsea and I did a video referencing this, but it was surprising how many applications we received from people who didn’t follow the basic directions we gave. If you’re sending in a résumé along with a multi-document application, it’s essential that you follow the specific directions the job application provided. Do you need to use a particular subject line in your email containing your résumé ? Does the employer want it all on one page?  An article on The Muse talks about three things that will get your résumé thrown straight into the trash, and not paying attention to detail is one of them. They explain, “They’ll take note if you don’t include everything the job posting asks you to send. A cover letter and résumé? What about work or writing samples? Be sure to include everything that’s asked of you.” Keeping this in mind is a basic way you can push your résumé one step further.

Sandra Long from Blogging 4 Jobs calls this an obvious “landmine,” which is my favorite terms used for this sort of thing. Bad grammar is an obvious no-no, and something that will likely get your résumé tossed straight into the trash, but no one is immune from a few grammatical and spelling mistakes. We’ve probably all experienced that moment where we’ve hit the send button with a résumé attached, opened it once more to take a gander at it and go “fuuuuuuuuuuuuuuuck,” into the dark abyss. (No? Just me? Okay, I have done that on several occasions, but mostly with emails.) Simply put, this is inexcusable. You’re looking to get hired in a professional capacity and there’s simply no room for error if you hope to be taken seriously. Hiring Managers strongly urge us to pay attention to grammar in your résumé. Consider the tenses you use to describe experience, be wary of dangling participles and run-on sentences, and always proofread for consistency (for example, are you writing out numbers below 10 across the board or not). I require a great deal of work in this area so I ALWAYS have someone proofread my résumé — usually my mom, who is a grammar goddess. =)

This is something that will be obvious to a Hiring Manager, no matter how much you try to cover it up. Don’t attempt to try and retrofit experience into something that it’s not, for it will be obvious to someone reviewing your application. Back in my day, looking over my peers’ résumés, I was shocked at the types of jobs people were applying to even though they didn’t have any actually experience relevant to the job. Yes, we all have to start somewhere, but the further into your career you get, the less likely you’ll be a viable candidate for a job that you don’t have direct experience with. An article on Blogging 4 Jobs explains the most important qualities to Hiring Managers are “work experience and professional abilities.” While it’s possible to snag entry-level jobs without much relevant experience, Hiring Managers explain that you have to bring other marketable qualities to the table, like knowing multiple computer programs, having solid writing skills, showing creativity, and having badass communication skills.

This is perhaps the BIGGEST temptation that I have to fight off — using phrases that can’t be quantified and aren’t factual as they relate to professional experience. Alison Green, who runs the popular HR blog Ask A Manager, reminds us that a résumé is time for facts and not the place to use wishy-washy language. She explains that she doesn’t want to see subjective language being used, saying, “Your résumé is for experience and accomplishments only. It’s not the place for subjective traits that anyone could claim without evidence. Moreover, hiring managers generally ignore anything subjective that an applicant writes about herself, because so many people’s self-assessments are wildly inaccurate; what they’re looking for on your résumé are facts.” Duly noted!