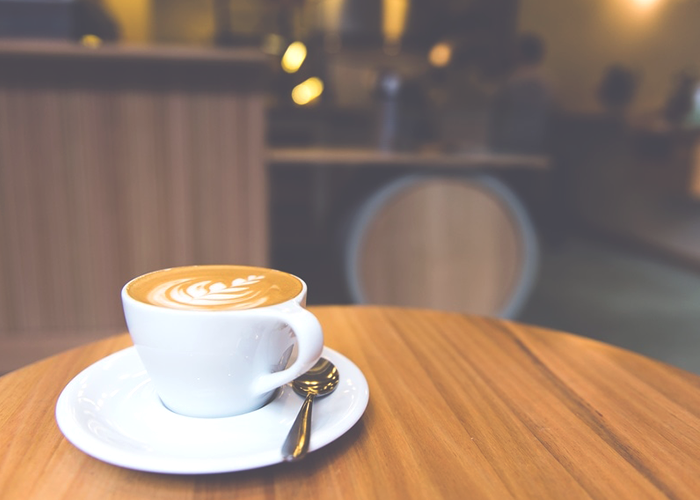 I’ve always maintained that I am probably never, under any circumstances, going to consider myself a minimalist. I don’t own excessive amounts of junk, but I do have stuff, and I do like my stuff, and I don’t see a time where I’ll see myself achieving any spiritual level of peace by simply removing belongings from my bedroom. That being said, I am definitely a frequent editor of my collection-of-crap, and I like to toss the things that don’t give me use or joy as often as possible, mostly because I just don’t like being surrounded by messy spaces.

Recently, I’ve caught my mom a few times poking around on minimalist blogs, and even noticed that she ordered a book about ~becoming a minimalist~ using my Amazon Prime account. I don’t discount the idea that inviting more space and less crap into your life could be a good idea, but I do feel like there are ways to practice minimalism that are more easy and accessible for the average stuff-owner than throwing away all of your belongings and painting your walls white.

I like to live in a cozy space, surrounded by people and things that bring me happiness. Two of those things are my dogs, which means nothing I own will ever be chic and white. I also have shit-tons of blankets, even though any good minimalist will tell me I only need one (made of the highest-quality warm-blanket materials, of course). That means nothing to me. I like covering myself with seven at a time on a chilly winter evening, and I love having extras to toss at friends who are spending the night. Having stuff doesn’t mean you are less enlightened than someone who feels completely comfortable in a home that is nearly empty. For these reasons, when it comes to the idea of adopting a minimalist lifestyle, I will always be hesitant. However, there is something to be said for living a life that isn’t chaotic and excessive. There are concepts and practices that true minimalists adopt that are actually useful, and helpful — and don’t require an entire lifestyle-overhaul. These few tips are the ones I feel comfortable living by to keep my life and belongings intentional, neat, and organized.

1. Keep all of the stuff you like. Really, it is okay to do that.

2. Don’t think in terms of numbers. Own the amount of stuff that makes sense for you.

A lot of minimalist websites and books and blogs will tell you things like, “you only really need these 14 items of clothing,” or “you only really need these five key makeup products,” and then proceed to give you a list to follow in order to ensure you own that exact amount of stuff that they’ve calculated to be the “best” amount of stuff. But really, it is better to own the exact right amount of makeup products for you, than to own the five suggested ones and always feel like something is missing. For one woman, tinted moisturizer and eye makeup might do the trick. For another, the perfect makeup routine might be a 10-step process. This doesn’t necessarily mean you should own 10 different brands and formulas of each product. There is a way to avoid living in excess that still allows you to have the amount of stuff you truly want and truly will use. It becomes excessive when you have 13 white t-shirts instead of one or two.

3. Worry less about the amount of stuff you have, and more about how and where it will be stored.

The thing about the minimalism we read about on blogs is that it is very “one-size-fits-all”. But the thing is, some people live in spaces that allow for more accumulation of things, and some live in spaces that require tons of paring down. In my opinion, more than trying to whittle your belongings down to an amount that can fit in a medium-sized suitcase, I think it is important to just make sure you have a place for all of your stuff. It seems to me that owning things only becomes excessive when you run out of space for them. So, if you live in a 150-square-foot apartment, maybe you don’t have the space for a bunch of coffee table books and decorative trinkets. But if you live in a two-story house, maybe you have room for a shit-ton of those things, because you likely have places to keep them.

4. Acknowledge the things that you own “just in case”, and be realistic about whether or not they’ll ever be used.

I, for example, know that I’m not exactly an entertainer (mostly because I don’t have enough space of my own to entertain in). So I don’t really see any reason why I should own more than, say, four or five wine glasses. But for some reason, I had about 30 at some point hoarded in my closet. On the off-chance that I someday have 30 friends, and decide to invite them all over to drink wine at the same time, I’ll get crafty with some other cups.

5. Instead of getting caught up in decluttering actual belongings, focus on things that are actual trash.

I think people actually underestimate the amount of actual trash they have lying around, and then for some reason throw away all of their spatulas in the interest of ~decluttering~ instead of tossing out their stash of 1,000 Shop Rite bags. Another example of this: when my desk/office corner begins to feel super chaotic, I’m really quick to donate books or clear out half of my pencil cup, instead of focusing on the loose staples, scraps of paper, and old envelope remains that I’ve torn bills and letters out of. Sometimes, actual cleaning is more calming and effective than editing and decluttering of useful belongings.

6. Don’t get too spiritual about it.

Unless you’re a legitimate hoarder and the amount of shit you own is causing actual health and safety issues, cleaning and decluttering won’t really change your life. It’ll make your life cleaner and neater, and maybe a little bit easier, but you’re not going to find God because you cleaned your closet. It actually might just be tedious and frustrating and feel like work. It is work. It is worth it, because it does feel nice to live in a tidy space, and have all of your purchases be intentional and your belongings be easily-accessible. But I promise you – and I can’t stress this enough — it probably won’t change your life.