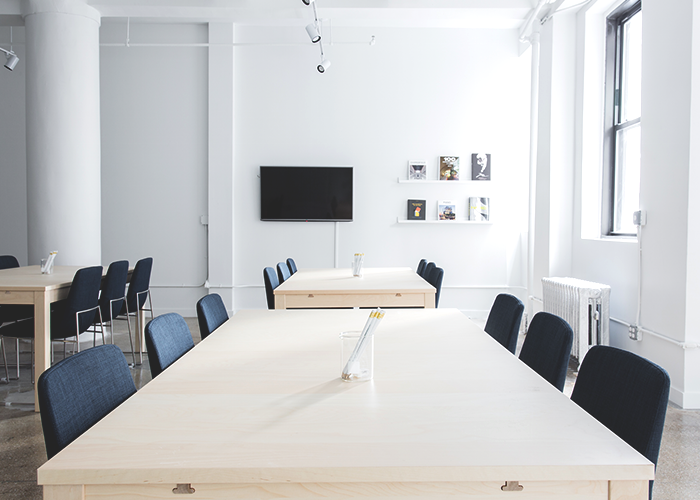 One of the things about being young that makes me most nervous is just the lack of general life experience. It is hard to know when I’m being messed with, and harder to know when I’m making the wrong decision. It is also hard to find the confidence within myself to admit when things in life aren’t working out, and actively advocate to change my own situation.

I am one of those optimistic types, who truly likes to believe that everyone is basically a good person, and if something bad happens, it is just a matter of bad circumstances. For example, I’m not really a person who gets road rage and yells at the person who cut me off for being an asshole, or falsely attributes mistakes to a person’s character. I usually just shrug, say “there must be a shitty situation causing this person to be shitty right now” and move on.

It is a good way to be, I guess, but it also means that I’m often a person who walks around doe-eyed while silently making huge errors in judgement and sometimes even fully getting taken advantage of.

Take, for example, getting paid to do a job. I’ve written before that I’ve had an issue with this, but I’ve had even more issues than just that big one. I get sheepish about asking for payment that I know I’ve earned, even when the mothers that I nanny for don’t give me a check for two months. I don’t feel super comfortable about asking for a raise, or a day off, or any sort of money that isn’t offered to me. In fact, I’m currently high-anxiety about quitting a job that I began semi-recently and doesn’t seem to be financially working out for me. I’m totally the type to get somehow caught in (and be too anxious to quit) a job that I hate, just because I don’t want to let anyone down. The problem with being an optimistic people-pleaser is that it makes it pretty hard to stand up for yourself, even when you know you have to. And I’m truly, actively working on fixing that.

Which brings me to my gentle job musings. I plan on staying with TFD post-grad, but I need to do something else to supplement my time and income. (And trust me – working from home and hanging at my desk all day — no matter how cute

it is — is bad news for the insane amount of energy I have).

In addition to freelance/writing jobs, I have been looking at both part-time and full-time jobs, just to keep my options open and see if I stumble upon anything that may prove to be a good career move for me.

But what I’m finding through job-search engines is that it is hard to spot the jobs that are going to be, for lack of a better phrase, fucking terrible. Some seem too good to be true. Some seem awful, but might prove not to be if I actually gave them a chance. Some seem cool, and then I Google search the company and find zero information and wonder if it is a scam. (It happens!)

I have so many friends who have eagerly began their first ~grown-up~ job, only to quit (or worse, be let go) months later because it was nothing how they expected it to be. Oftentimes, young people are so eager for a) money and b) professional experience that we’ll take a freaking emotional beating just to be able to put something down on our résumé.

I decided to ask a bunch of millennials about their shitty post-grad job experiences, and see if I could figure out what red flags to look for so I don’t end up in a sticky, anxiety-inducing situation come June.

Here is what they had to say.

1. “I was so excited to get a job doing social media management right before I graduated. It had all of these perks, like coming to a fancy office in the city and doing cute fun social media things like little videos for Facebook, taking pictures, etc. and the office culture was very like, fun and creative and like how a millennial office would be portrayed on TV. But like two months into my position, I was let go – they said I wasn’t performing as they wanted me to and they weren’t sure they had the budget for an additional social media person. It was so bizarre how it just suddenly didn’t work out. I did every single thing they told me to, took initiative, and received only very positive feedback. Makes me think that they were kind of showing off as a company, and maybe weren’t as big or successful as they thought they were if they’re beginning to fall apart and fire employees which they previously thought they had the budget for. They seemed to spend pretty extravagantly just to have the nicest office with the coolest ‘stuff’.” – Abigail

2. “I am in law school but I already obviously have a bachelor’s degree so I feel like my earning potential should be a bit higher than $10/hour as a secretary at a law office. They kind of gave me this whole speech about how it’d be good on my résumé, help me get me foot in the door, teach me some skills, etc. but it is pretty much just me answering phones and being treated like an office bitch. I look back wondering if I should have been more assertive, or told them hey, I can be more than just this. But I wasn’t there to ruffle any feathers, you know?” – John

3. “I regret taking a job before looking into the company, because I would have found that people don’t generally like to work there. I got a job in human resources right out of school and was basically given no direction with anything. When you’re a brand new post-grad, you need some on the job training. I needed someone to kind of guide me and I was not expecting to be expected to know how to do the job perfectly right when I got there. I investigated and it seems to me like they lost some people who had quit and needed to rehire quickly and that’s where I came in, but now I kind of see why people quit – it is a strange environment. It is weird to be in HR and have problems as an employee and be like, ok, who do I turn to? I still do work there, and I want to quit, but I’m seriously just too nervous to even quit a job, and also nervous about finding another.” – Destiny

4. “After I graduated, I decided to freelance full-time. It was fun at first, because I was basically just starting out and had never been paid to write before, so getting any amount of money for writing sounded huge. Then at some point, I realized I was putting a lot of effort into things and getting paid really the bare-minimum. And I realize the reason this was happening was because I didn’t do research on how much I should charge for things, so I never once advocated for myself. When I finally looked deeper into it, I realized I was often way underpaid. I would think in my head ‘I should be getting double that – but maybe if I do a great job, they’ll offer me double next time’. Spoiler – no one ever offered double. But if I said ‘this is what I need to make to write that’, many would probably have upped their offers. It is a process to learn how to be strong and fight for what you deserve and what you are worth, especially when you are young, brand new in the industry, and nervous to step on toes.” – Jill

5. “I got a job in sales right out of college and I was so excited because even though it wasn’t a salaried position, they’d promised me a lot of hours and commission. A couple months after I started, they cut my hours down to almost nothing. It is really hard to make commission when you’re hardly working. I had to leave the job and actually go back to my college job of working retail full-time because I just made way more money there and was respected enough that I was actually given the hours I was promised. It isn’t at all ideal for me to be with a bachelor’s degree working the exact job I did during school, but right now I just need to make money and save while I figure out something else.” – Corey

6. “Yeah, I was an office assistant and was basically treated like an intern. I was just sent to get coffee, talked down to, not really guided or appreciated or made to be a part of the company. I was essentially treated like a teenager at my summer job doing bitch work. It felt like such a waste of time, and wasn’t even related to what I want to do as a career. I just wanted a job so badly that I took it because I would get a salary, benefits, etc. My advice would be to not just settle for a job because it is a job. I mean, sure — if you can’t truly find anything else, you take what you can get and be grateful that you have employment of any kind. But definitely give the job search more than half of your attention. Really seek out jobs that seem like they will add value to your life and help you towards your career goals instead of just filling time and giving you a paycheck. I mean, you’re young, you have to pay your dues sometimes, and that might mean being the office assistant before being the manager. But it is important to not let people take advantage of you, and not get in a situation where you are such a slave to the system that you’re letting people treat you badly and not standing up for your right to be both an employee and a human being.” — Jesse