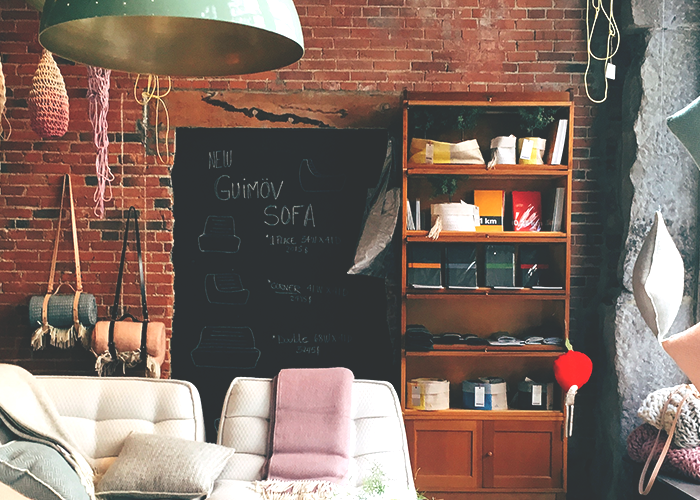 I’m all about a good closet purge (as we know), and I’ve even ventured into the previously uncharted territory of my bathroom for a good old-fashioned clean-out, but I was recently really taken aback by something I found piled up in my home: washcloths. Like, 45 washcloths, all just hanging out in my closet, washing nothing.

I wondered, do I need to wash myself 45 times in a row without stopping to do laundry? Almost never. Must I own so many cloths? Absolutely not. How have I been storing these? I have no idea. It is beyond me.

When I think about it more, there are a lot of things we totally hoard because they’re ~useful~ items, but in reality, we’re not actually getting very much use out of them at all.

Example: I opened up a drawer at the house where I work recently, and found seven different ice cream scoops. Is an ice cream scoop a truly necessary kitchen item? Not really. Is it great to have? Sure, hell yeah! Do you need more than one? Probably not. Actually, definitely not. I sat there for a few minutes and wondered how much ice cream this woman felt she’d need to scoop at once that warranted the purchase of six additional ice cream scoops, but I settled on the fact that she probably just picked them up in varying sizes and colors because she knows that an ice cream scoop is a useful tool, and forgot that “definitely useful” doesn’t necessarily mean “you need more than one.”

Much like my washcloth issue — it seems like a great idea to have a shit ton of towels so you can, in theory, cleanse your bod on the daily without having to reuse towels or do laundry every two days. However, the “doing laundry less” thing backfired for me in two ways. First of all, I began pretty much running out of underwear before running out of towels, then panicking and doing the laundry anyway. Also, having used, damp towels sitting around in your hamper or laundry basket is a really solid way to get gross, moldy towels. Moral of the story: have two, maybe three towels – you probably don’t really need any more than that.

Bad idea: keeping literally every single plastic grocery bag you’ve ever received. Because they will take over your life (or at least your hall closet).

If you live alone (or with one other person), you probably don’t need 12 dinner plates or 47 coffee mugs. Sure, you might have friends over, but you’ll probably never need to serve 47 cups of coffee or 12 plates of dinner at once. This is the same as the Towel Theory – if you have it in excess, you’re much more likely to put off doing the dishes another day, which is almost never the right decision.

Something running deep inside my New-England veins tells me I must prepare for each impending winter by purchasing new gloves, hats, and scarves. But to be honest, these are utilitarian accessories, and I know I don’t need 15 options of different mittens. They have one function: keeping my paws warm. If the ones from last year still work just fine, there is no need to get another for the upcoming season. (Note: I realized this after I came home from the store the other day with a pair of gloves that I genuinely thought I needed because it was getting chilly, and opened my “winter accessories” drawer to reveal four of the exact same pair of gloves. Needless to say, they were returned.)

I’m highly guilty of having a ton of these even though I literally have no business keeping them maybe a month or two after I get them. What am I honestly planning on doing with a copy of Cosmopolitan that I got in 2013? Definitely nothing. Do I need that many options for reading material on top of my toilet tank? Definitely not.

I was looking for my phone charger yesterday and ended up sifting through at least five or six old phone chargers that I didn’t need. I also have at least 10 different camera chargers and cords for cameras I’m not even positive I’ve ever owned. Additionally, in the same realm of “technology-based junk I’ve accumulated”, I’m not sure why I still have the box from every single iPhone I’ve ever owned. I suppose I thought at some point that it’d be a good idea to keep the instructions booklet or whatever comes with it, as if all of that information isn’t online and available to me if I ever needed it.

Minimalism doesn’t always have to mean getting rid of the sweater you love but only wear ~once in a while~ because it is “just taking up space!”. If you find time to sift through and strategically eliminate all of the actually entirely useless crap that you have, you might find yourself fitting your beloved clothes, or shoes, or whatever the heck else you love more easily into your closet without feeling like a guilty hoarder.

Oh, and don’t forget to wash your towels at least once a week.