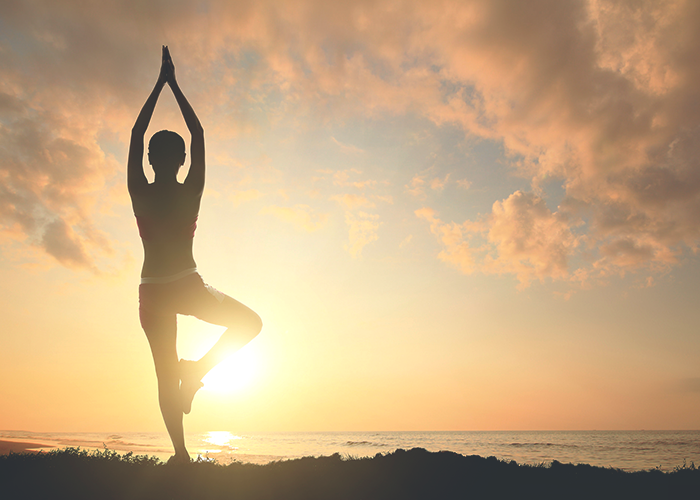 Remember that time we found out that we’d been paying gender-discriminatory taxes for our entire menstrual lives? For me, absorbing the shock of that hot-pink factoid felt similar to the moment I learned that female Representatives only got their own women’s restroom off the Capitol’s House floor in…2011. The first woman entered Congress in 1917; that means it took 94 years for male politicians to get their act together and give women a bathroom (or 206 years, if you consider that men founded the bicameral legislature — House and Senate — in 1787).

Here’s the breakdown: Unless you live in Maryland, Massachusetts, Minnesota, Pennsylvania, New Jersey, or (as of last month) New York, you’re paying taxes on your tampons, pads, and other feminine hygiene products. How is it legal to charge women money for the biological privilege of having cramps, you ask? Taryn Hillin of Fusion explains:

Most states tax all “tangible personal property” but make exemptions for select “necessities” (non-luxury items). Things that are considered necessities usually include groceries, food stamp purchases, medical purchases (prescriptions, prosthetics, some over-the-counter drugs), clothes (in some states), and agriculture supplies. The lists of exemptions vary from state to state.

Yeah. Not even President Obama was aware that this systemic, utterly bat-sh*t financial discrimination was going on? Thank you, Ingrid Nilsen. Because it’s so badass, I’m including the viral clip of her interview with the President this January. Though the first bill Obama signed into effect as President was the Lily Ledbetter Act (high-five, dude), Barry wasn’t able to answer for the legal reasoning behind imposing a luxury tax on a necessary, medical item for women. Start watching at the three-minute mark:

When I get mad, I go rational. I want to know the exact dimensions of the hole that the government burned in my pocket by taxing my Aunt Rose. According to California Assemblymember Cristina Garcia‘s press release when she introduced a bill to end the tampon tax in her state, women pay $7 in tampon taxes each month. In just one year, in just one state, women are paying $20 million in taxes for their periods. If we assume that one woman menstruates monthly for 40 years, she pays $3,360 in luxury taxes over her lifetime. For having a fully-functional vagina.

The patriarchy-fest doesn’t end there. Here’s a list of other everyday items that are subject to (at this point, 100% legal) “gendered pricing.”

2. Other personal grooming products. Consumer Reports found the women’s products could cost up to 50% more per item. They broke down the exact margin of difference between men’s and women’s grooming products (when the only quantifiable differences in the products were packaging and scent). Women’s body wash: $2 more than men’s. Eye revitalizer: $5 more than men’s. Razor blades: 50 cents more per pack. Deodorant: 30 cents higher in cost. Even pain killers: Excedrin Complete Menstrual costs 50 cents more.

3. Hair care. The NYC Department of Consumer Affairs released a study in 2015, “From Cradle to Cane,” that revealed women pay 48% more for their female-branded shampoos and conditioners.

4. Clothes (and toys). “From Cradle to Cane” also found that women pay 8% more for their clothing. Even girls’ clothes items cost 4% more than boys’ clothing (and girls’ toys cost 7% more than boys’, on average).

6. Health Insurance. Thank you to the Affordable Care Act for amending this jaw-dropper: until 2014, women were paying $1 billion more per year for their health insurance. The National Women’s Law Center found that up to 95% of health insurance companies practice “gender rating,” and Marie Claire‘s Lea Goldman explains that circa just a few years ago, “a fit 25-year-old woman looking to buy an individual plan can be charged up to 45% more than a 25-year-old man, even when her policy excludes maternity care. More infuriating: Women who don’t smoke often pay higher premiums than men who do.” That said, women have to deal with the health repercussions of pregnancy, most forms of contraception that aren’t made of latex, and are far more likely to have depression and almost twice as likely to suffer from anxiety (gee, I wonder why). That means a lot more trips (and copayments) to your OBGYN, therapist, GD, and whoever else is on Team You.

7. Mortgages. The Journal of Real Estate Finance and Economics published a study that found women pay a 0.4% higher interest rate. That sounds small, but as MarketWatch makes clear: “That discrepancy could mean thousands of dollars in extra payments for women down the road. For a 30-year mortgage, that could mean a man pays $26,000 less in interest over the life of the loan than a woman (assuming he gets a 5% mortgage rate while she gets a 5.4% rate).” An important thing to note, however: some (though not all) of the gender discrepancy in mortgage payments can be explained by the fact that women are more likely to choose a mortgage based on a personal recommendation instead of researching deals for the most advantageous rate (likely because they don’t “trust themselves” to make major financial decisions…and trust the erroneous advice of others instead). Take back that power.

All told, the average American woman is paying $1,351 per year in gender-discriminatory fees, taxes, and pricing.

In addition to gender-discriminatory taxation, we have to factor in The Simple Truth About The Gender Pay Gap. Women have less disposable income to budget for overtaxed sanitary items to begin with. White women make 79 cents to a white man’s dollar, and women of color face an even steeper disparity; African-American women make 63 cents to a man’s dollar, and Latina women make only 59 cents. In short: we’re paying more because we’re women, and we’re being paid less because we’re women.

So what do can you do about it? Negotiate a higher salary, if you’re starting a new job. Already deep into your job? Take these steps if you find out you’re being underpaid. Still mad about the whole tampon tax thing, like me? Sign this petition (be sure to scroll all the way down to the bottom of the page to hit “Sign”).