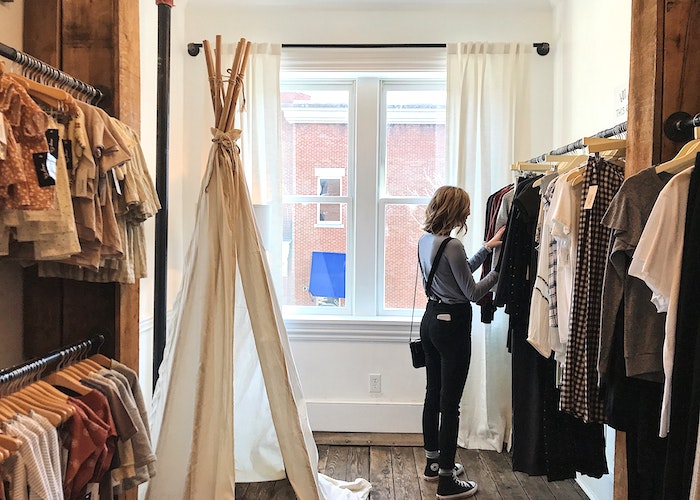 I’ve never done well with spending freezes or concepts like zero-spend weekends. Historically, I’ve always decided on a short-term freeze in spending when I’m feeling immediately regretful over purchases I’ve made or taken aback by the balance in my checking account. I’ve done them as a form of self-punishment, not because deep down I believe that they’ll make an ounce of legitimate differences.

Essentially, much like my actual problem purchases, they’re poorly planned, have no real “nutritional” value and, ultimately, are pointless.

Is it any wonder they usually end up failing? I’ll find myself forced into buying something that we can’t go without — like toilet paper, or my cat’s food — and then, as the result of some sort of pent-up frustration, I end up grabbing a box of crackers on my way to the checkout and making a beeline for the coffee shop as soon as I’m out the door.

Last year, I started looking at what habits were eating away at me the most. I saw a pattern emerge — my worst financial habits were also toxic in many other ways. For example, a $3 purchase at a coffee shop would often turn into a $7 purchase with the addition of a sweet treat, and a single drink with dinner was usually enough to add an extra $10 to my bill, and accomplish nothing other than making me sleepy.

Now, instead of doing spending freezes, I go through periods of pulling away from certain things for varying periods of times. It’s similar to what a dietician would have you do on an elimination diet — and it takes that much discipline, too. But cutting these things out for a few weeks at a time didn’t just result in a few more dollars at the end of every week, they also resulted in less of a desire to to buy them again, whereas full-on spending freezes usually never made me learn anything.

It might not be reasonable to go without all of these at the same time, and these certainly won’t make you rich overnight — changes in habits can’t compensate for unfair wages and high rent — but these will help, and most will help you more than just financially.

1. The snack with your daily coffee

If only all financial problems were as easily as giving up the daily coffee. Personally, if my coffee expenses were the only thing bringing me down, that would be impressive. However, adding a snack — even a healthy one — usually does the trick. The catch-22 of getting a snack at a coffee shop is that the healthy things like fruit or hummus are usually things that could be brought from home at a fraction of the price. The other guys (muffins, bars) are more expensive, and are things that won’t fill you up, leaving you crashing mid-afternoon (look, I don’t think sugar is the devil, but I’m not going to pretend that a Starbucks muffin is anything other than a tiny piece of cake). After just one week of telling myself to drop the snack from my coffee-and-snack routine, I actually craved them less and barely went back to the habit, and started bringing far more snacks from home, like carrots and crackers.

Unless you’ve squeezed out your last dollop of body wash, have scraped your deodorant to its very base and are ready to steamroll your toothpaste tube to get some more out, you probably don’t need that new shower gel from Lush. I get it — new scents are fun, new formulas are intriguing, and sometimes packaging just looks so good. But if you’re having a hard time keeping the medicine cabinet shut, well, it may be a sign that you see soap as more than just a utility (fact: it’s just a utility). I didn’t put a time limit on this freeze, but I did tell myself I wouldn’t buy any new bath or body products until I emptied what I already had. I’m embarrassed to say it took more than a year.

Reading about seasonal makeup trends has always given me a real sense of beauty FOMO — and no matter how many times I’ve tried on red lipstick to be horrified at the way it looks against my complexion, I am convinced, every few years, that I simply need to find the right red. Sometimes, I’m almost out of concealer and I know I’d be mortified to go to work without it. The thing is, when I stopped buying makeup outside of my core staple products (and only buying to replace), I realized how much I bought makeup because I liked the idea of a product a lot more than I liked it on me. Give yourself a month, if not two, without a new makeup product and make what you have work — odds are, you’ll become a lot happier with the solid routine you’ll surely develop, and you won’t feel a need to give into new trends. Oh, and that lip balm you can’t find? Check your old jackets before you go buy a new one. 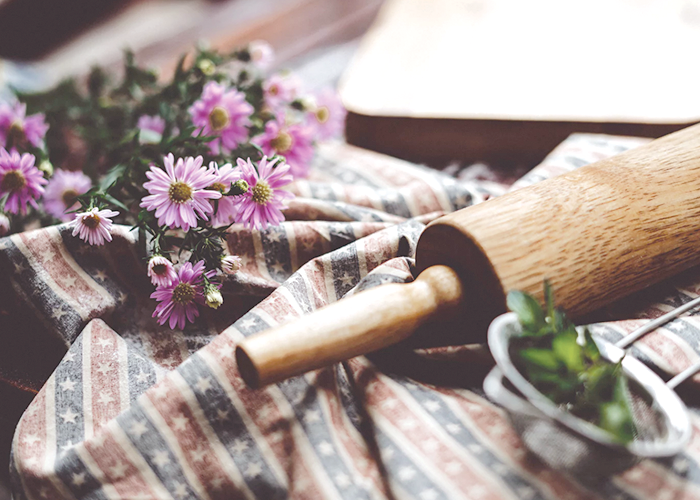 I’m particularly guilty of this as a vegan — I hate marshmallows, but when I found out vegan marshmallows were a thing, I bought a bag that sat in my cupboard and hardened until I finally threw them out. The food industry is in a really innovative space right now, and even if you’re not into junk food, sometimes it’s too easy to grab a box of bars that you don’t really need because they’re made with quinoa, or a $5 bottle of ketchup that’s sweetened with dates. Giving myself a month away from grabbing any products outside of a typical grocery list ended in me filtering out a lot of snacks, condiments and drinks that weren’t really part of my daily meal plans, anyway, and seeing a major reduction in my grocery bills.

I never thought of myself as someone who spent too much on clothing, because I never fell into the category of someone who pissed away little bits of  money at a time on fast fashion purchases, nor was I the type who would regularly spend on big-ticket items like high-end jeans or dresses. Nevertheless, last year I gave myself a pretty strict challenge: no new clothes for two months, unless I was directly replacing something that was permanently destroyed. This was driven by me justifying a lot of mid-range purchases by claiming I needed to build my professional wardrobe, but immediately resorting to buying new clothes instead of trying to get creative with some of my pre-existing clothes. I also count sports bras, leggings and other workout gear in this — easily my worst area of unjustified spending.

6. Anything to make your apartment look cuter

I’ve long struggled with the appearance of my apartment, which is filled with lots of secondhand pieces and lacks a cohesive style. I’ve tried to compensate for this with small purchases here and there to dress it up. A clock here, a coat tree there, a framed print in that corner. We’re constantly under the impression that all we need is that one little thing to “tie everything together,” which is what keeps us running out to IKEA so damn often. Try this for a few months: if its purpose is to just sit somewhere, no matter how beautiful it is, don’t buy it. And don’t try to DIY it. And unsubscribe from those apartment decor blogs if you have to. You might even find your place looks way better without all the extra stuff.

I’m not a big drinker, so I don’t know when (or why) I fell into the idea that I always needed to have an alcoholic beverage for dinner on a date or with friends, but man, what a waste. In times when I’ve tried to reel my spending in, I’ve considered totally slashing restaurants out of my budget for a short period of time, but this wasn’t realistic (nor were restaurants themselves a huge problem for me). But alcoholic beverages that can run upwards of $10 for a single glass, which you finish before your entree even arrives, were making even my rare trip to a restaurant less appealing. I’ve found two things to be true: one, that no one actually cares if you drink with dinner or not; and two, that one drink barely makes a difference to your level of social lubrication at all, so what’s the damn point? The time period may vary depending on how much you go out to eat, but give it a try. Instead, invite people over for a drink, serve stuff you have on hand, and have a fun night in.

I’ve never been a big taxi user, but I have often thought of them as a great last resort for nights out and speedy trips to the train station. The thing is, I live in a city with a great transit system — and I live a fifteen-minute walk away from three different subway stations. For me, taxis and Ubers have often turned into a last resort when I just didn’t feel like dealing with the subway and wanted to get home earlier. The saddest part was, looking at the attitude I had when I would opt for a taxi over transit, I had become everything I usually mocked: someone who was too good for transit, so they could just toss about five times as much money at something else. The slight sacrifice I made when I put an indefinite freeze on taxis (unless in the case of a legitimate emergency) was barely noticed by others. What amounted to leaving about 30 minutes earlier and taking only a little longer to get home didn’t really affect me, but it certainly affected my credit card bill.

Bree Rody-Mantha is a business journalist and dance teacher living in Toronto. In her spare time, she enjoys sport climbing, lifting and running the vegan food blog. Follow her on Twitter here.