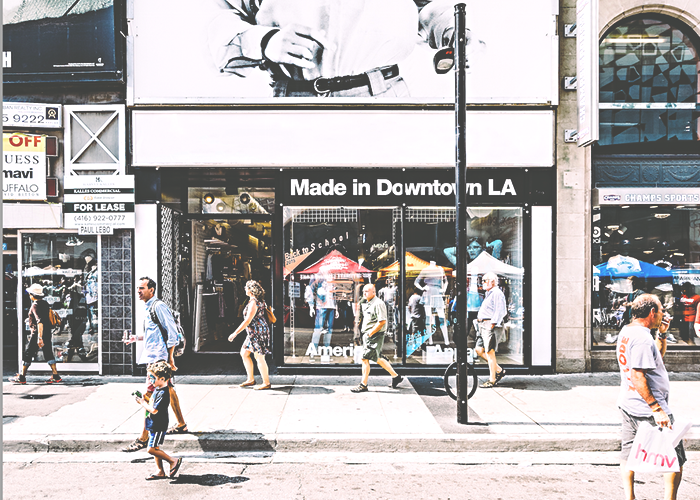 I’m a shopaholic, and I always have been. Which means I need to get myself in check if I ever want to have a retirement fund and not end up counting pennies at the end of every month. So for the entire month of March, I metaphorically handed over my plastic in an attempt to not shop (key word: attempt). I’ve heard of others having great success with similar no spending experiments, so I crossed my fingers and hoped I would, too.

I haven’t done any shopping. Outside of gas and groceries, all I’ve purchased is two rounds of drinks at the bar. It doesn’t hurt that the last day of February was my birthday and I went shopping that day, so my itch was scratched. A victory is a victory though, right?

Granted, it was really only a half week, since March started on a Wednesday.

I bought lunch on Monday. I’m aching to buy an Apple watch, new sports bras, and swimsuits for my vacation this summer. On Tuesday I bought a $6 coffee (There were tornado sirens all night. I deserved it.), tampons, and Midol

I ran out of body wash and body scrub (which is absolutely a requirement this time of year, okay?). So I ran to TJ Maxx after the gym because you can get some good stuff for super cheap. (Seriously, it only costs $5 for a bottle of wonderful-smelling Philosophy shower gel

And then because I was there I decided to check out the sports bras because good ones are a necessity when you’re busty. This means I bought shower gel, body scrub, a pair of leggings, and a workout tank. Not a single sports bra. I’m sorry, I was weak, but in my defense, I just went through a breakup and needed some retail therapy. I regret nothing.

I continued to be weak. I purchased a sports bra and pair of cropped leggings from Monday Active that I’ve had my eye on for about a year. They were on sale, though, and the girls need some good support at the gym. I still had more money in my account than usual because I’m being very careful with my spending.

Update: the sports bra and leggings came in. They don’t fit. They can’t be returned since they were on sale. Karma is real.

I did really well fighting my urges to go buy a Roomba, Apple Watch, and every swimsuit I laid my eyes on. However, I wasn’t as successful at fighting the urge to purchase new cordless headphones

. I gave in because I almost shattered my phone when my headphone cord snagged on a weight and my phone went flying across the gym (I’m one of those daredevils who doesn’t use a phone case). So really, if you think about it, I was being preemptive and saving money on a new phone in the future. I also didn’t buy the most expensive pair — I bought the second most expensive pair instead.

The fact that I just got my tax return check has made this even more difficult, TBH. I really want a Roomba. I tried my best, though, and my mom says that’s all that counts.

I woke up on Sunday and really felt like I was supposed to go to TJ Maxx. So I did. I’ve been searching for the perfect desk chair for months, and I just happened to come across the most perfect chair in the exact same shade of turquoise as my lamps. It was only $80, so I basically made money, right?

Then I came across a great gray linen quilt for my bed. This was also something I’d been searching for, because my thicker comforter was getting too hot for the weather. My sleep quality is important, so this was a necessity — plus, it’s easy to wash when my dog inevitably jumps on the bed and gets dirt on the quilt.

And because I can’t go into TJ Maxx or Homegoods without getting my pooch a present, I also bought a stuffed hedgehog that rattles, grunts, and squeaks. He loved it. So much so that he tore a hole in its head and ripped out the squeaker in a matter of minutes.

At the end of the five weeks, I can say that I most definitely did not stick to my “no shopping” rule. I can say, however, that I didn’t buy AS MUCH pointless stuff, and actually made purchases that mattered for me in the long run. I love my new headphones, and they make my runs and workouts so much easier. That desk chair is the perfect size for my low desk and flawlessly matches my other decor, and the quilt will be a staple for years to come.

Was I a model of financial control this month? No, but this is real life, and that’s okay. I tried, and I’ll continue trying to make better spending choices in the future.

Like Hannah Montana sang, “Nobody’s perfect, I gotta work it, again and again ‘till I get it right.”

Terra is an Arkansas-based writer who spends her free time obsessing over her planner, debating between working out or eating, and singing to her dog, Gatsby, even though he hates it. She also writes for Earn, Spend, Live blogs here.