Lattes Don't Make You Poor — An Unequal Society Does 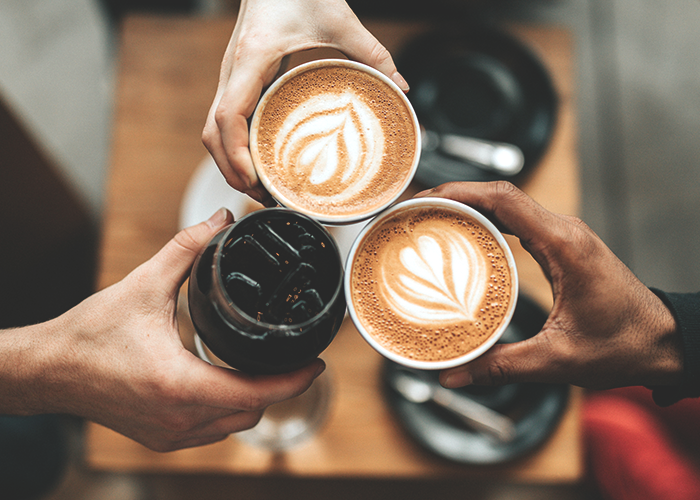 TFD has previously made it clear that “the latte factor” (i.e., the savings from not buying a daily latte can make you rich) is mostly b.s. At the same time, TFD does admit that making your own coffee at home will save you some money. It won’t make you a millionaire, but it might help you put an extra $20 per month into your emergency fund, which is nothing to scoff at.
But much of the personal finance advice out there still operates under the idea that you are in complete control of your (financial) destiny. The personal finance world does admit that unplanned, likely non-preventable things happen — that’s why you’re advised to have an emergency fund after all! If you get seriously ill, your car breaks down, or your roommate moves out right before rent is due, you want to have a metaphorical piggy bank to break open. But beyond unforeseen circumstances like these, other factors may prevent you from reaching financial success, no matter how hard you work and how smart you are with money.
This is true even in the United States, the supposed “land of opportunity” itself. Americans love a good pull-yourself-up-by-the-bootstraps tale of rags-to-riches, but there’s a reason that those tales make such inspiring stories — they’re rare.

Much has been said about income and wealth inequality in U.S., especially since the 2016 primary season, where economic inequality was one of Democratic hopeful Bernie Sanders‘s main talking points. And with good reason. Between 1993 and 2015, the real income of the top 1% of the population grew by 94.5% (in other words, it almost doubled), while the real income of the other 99% of Americans grew by a paltry 14.3%. Today, the top 0.1% has almost as much wealth — about a quarter of the nation’s — as the bottom 90%.
Adding to the problems faced by those of us not in the top 1% or 0.1% is the fact that while inequality has been on the rise, social mobility has declined. In 1980, a 30-year-old had an 80% chance of earning more than his/her parents. As of 2016, a 30-year-old had about a 50% chance of achieving that same feat. Slow wage growth since the Great Recession has certainly not helped with that matter.
Once upon a time, getting a college degree was a great way to increase your chances of out-earning your parents. Going to college these days is extremely expensive, and having a college degree no longer guarantees a well-paying job with benefits. In many fields, that expensive degree is just the price of entry, but an entry-level job that requires a college degree may not pay enough for individuals to start paying back their student loans. To top it all off, the percentage increase in income for B.S. or B.A. holders over people with a high school diploma is lower for people who grew up poor.
I think that it is important for the role of pervasive socio-economic inequality and the realities of social mobility to be emphasized more in the personal finance world. TFD has addressed this in the past, and the ladies of TFD are always very up-front about their privilege, but I would like to see more of this from other personal finance bloggers (and ideally lifestyle, food, and mommy-bloggers as well — let me dream, okay). Because no matter how financially savvy you become, if you are born poor if the U.S., it is extremely difficult not to stay poor. If you are born middle class, you will likely stay middle class. And if you are born wealthy, you will likely stay wealthy, even if you spend less time thinking about finances than that hypothetical poor person. Social mobility has become one of the greatest American myths, up there with Columbus “discovering” America.

To be clear, I’m not telling everyone to adopt a totally bleak, woe-is-me attitude, accept that you are consigned to the socio-economic class into which you were born, and completely give up on your quest to become financially savvy. Nor am I suggesting that all personal finance advice can be summed up in the statement, “Be born into a wealthy family, if you can.” What I am saying is that you shouldn’t necessarily feel guilty if you aren’t able to leap up the economic ladder with ease, home-brewed coffee in one hand and iPhone with the Mint app in the other.
You have to recognize that we live within a system that literally prevents some people from climbing that ladder. Or rather, that gives one person a ladder with five-foot gaps between the rungs, while ushering the next person onto an elevator. Sometimes, you’ll do all that you can reasonably do to take control of your finances, and it still won’t be enough to get you the kind of lifestyle that you dream of or that you see on Instagram.
So, yes, you should still make a budget and pay off debt and try to cut back on how often you eat out. You should put extra money into a savings account or emergency fund if you can. However, we all need to be aware of the injustices of the system that surrounds us in the U.S. (and in many other countries) and fight back against them. While you’re cutting back on your Starbucks consumption, you can also do what you can to support progressive candidates and policies, get involved in local government, donate money to causes you care about, support local small businesses, be aware of any privileges you do have, and speak up. Personal finance bloggers should acknowledge the realities of our social and economic systems — and then they can go back to yelling at us for ordering takeout.
Rachel Suppok is an aspiring librarian and writer who spends most of her free time reading, writing, and watching British crime dramas. She can be found at her blog, The Way of the Worrier, and on Twitter.