Why “Letting The Man Pay” Is Hurting Everyone, Not Just The Feminists 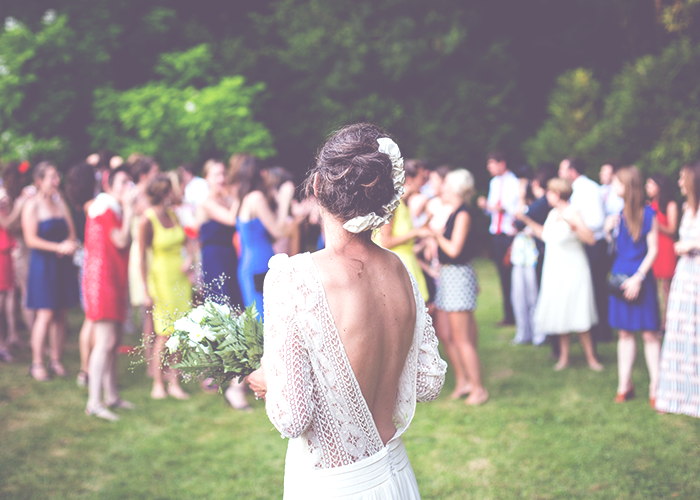 “Real feminism is not attacking a woman for their choices, regardless of whether or not you agree with my guest post.” This is, as far as I can tell, the only defense Cait Morrigan has issued in response to her inflammatory post about why men should pay for dates. In spite of the post garnering more than 30 comments from TFD readers, Cait has yet to engage with a single one of them in an effort to clarify her points. She started a fire, then she let it burn.

I’m not here to attack Cait Morrigan, or her feminism. It is her prerogative to pursue relationships only with men who pay for dates and lavish their partners with expensive Valentine’s Day weekends; generations of feminists have fought to allow her that choice. As a wise friend always says, I hope that works out for her. But as a feminist myself, I take umbrage with every argument in that piece. Blanket statements detailing how women should and should not approach dating aren’t just exasperating, they’re harmful for everyone involved. Here’s why:

It punishes women who fight against gender stereotypes every day. This is a debate I’ve had recently, when an acquaintance posted a book excerpt on Instagram about how “men are born to pursue women.” This hurts women who find themselves naturally outgoing, or who speak their mind freely, or who aren’t afraid to go after what they want. It hurts women who work up the nerve to tell someone how they feel, and it hurts women who cannot work up that nerve for fear of being seen as too aggressive. Conditioning these women to wait for a man to pursue them is damaging to their psyche and puts them in conflict with what society tells them to be and who they are at their core.

It hurts men by reinforcing masculine stereotypes. Like all people throughout human existence, men contain multitudes. Some are comfortable in the role of pursuer, and some are not. Perpetuating the notion that “men have been viewed as providers since the dawn of time” places an undue burden on men to live up to the manly duties society ascribes to them. (And yes, typing out the phrase “manly duties” made me cringe). They are destined to fail if they cannot meet these unrealistic expectations. In 2016, with increasing student loan debt, rising rent and home prices, and an economy just beginning to recover from a massive recession, it’s unreasonable to expect men to overcome alone the obstacles we all face together. Assigning them full financial responsibility for dates is just adding another straw to the camel’s already broken back.

It diminishes a woman’s power in a relationship and leaves her vulnerable to financial abuse. The Financial Diet has covered the issue of financial abuse extensively, and the common thread in all of these stories is that the women let their partners handle the finances. After attending an event in support of the Allstate Purple Purse Foundation, Chelsea wrote, “Women who have lost control of their metaphorical “purse” – their finances, their ability to save, earn, or plan ahead – have lost their freedom to choose their destiny, and to leave a situation that they may be perfectly aware is dangerous.”

Even the smallest power imbalance, like insisting a man cough up the “$5 or $10 to get coffee or Chipotle,” can have larger implications when entrusted to the wrong person. By splitting the check, planning dates, and even paying the entire bill, a woman can help establish an egalitarian financial relationship at the outset.

Men need attention and affection too. The article states, “A man should be pursuing you, and it should be easy on your end as a woman; all you should have to do is show up, and have fun.” That might be true if men and women were Ken and Barbie dolls, void of human emotion, but we are far more nuanced than our miniature plastic counterparts. Like women, men deal with bills, student loans, family emergencies, hard days at work, and all of the complicated emotions associated with these things. They, too, may want to be “hustling at [their] job, working hard in school, and finding ways to reach [their] dreams.” Why can’t it be easy for men on their end as well? Men deserve a more evolved partner than someone who is focused on themselves all the time except when it’s time to “show up and have fun.” And women deserve to be viewed as equals, capable of supporting their partner in times of need.

It ignores relationships outside the heteronormative stereotype. Couples in same-sex relationships are navigating the same murky waters as the rest of us when it comes to dating and finances, but Cait doesn’t even acknowledge their existence. The only relationship this post blessed with the right to be acknowledged is a heterosexual one between two people who identify as male and female.

Love cannot be bought. Remember that scene in Wedding Crashers, when Owen Wilson first meets Rachel McAdams and they’re talking about her Maid of Honor speech? She asks him what true love is, and he responds that “true love is your soul’s recognition of its counterpoint in another.” Perhaps Cait and I have different shopping habits, but I’ve never seen “soul counterpoint” for sale on Amazon. And yet, she writes, “You shouldn’t have to pay for a man’s attention or try to ‘buy his love.’ He shouldn’t be with you for any reason other than to be with you.”

How about this instead: No one should have to pay for someone’s attention or try to “buy their love.” No one should be with you for any reason other than to be with you, because love cannot be purchased.

It reinforces socio-economic disparities. In her article, Cait holds up one of her ride-share passengers as an example of how men should act: “He bought her a lot of stuff (I’m not sure what, but there were a lot of shopping bags), booked a room for the night in one of the most expensive hotels in the city, and had a lot of romantic activities planned, including to some of the best restaurants in the city. He probably spent close to $500 to make sure that his Valentine had a romantic weekend with him, and he was totally happy to do it.”

While I hope those anonymous lovebirds had a wonderful, Hallmark weekend, not everyone can afford to spend that kind of money on their partner (to say nothing of the partners who are not interested in being showered with shopping bags). When you place gifts and money, and the men who give them, on a pedestal, you imply that men with money are desirable and men without money are not.

It sets a terrible precedent for future generations. As I watch my friends raise their children and make decisions that impact the kinds of adults they will become, it’s clear to me that children today have so many opportunities in front of them. There are programs encouraging young girls to learn how to code and pursue STEM careers. I see boys with painted nails who love to play dress up. Two decades ago these things were radical; today they are normal. My friends are not raising their children as equals only to have traditional gender roles suddenly forced upon them in adulthood.

No matter how big the blanket, it won’t cover everyone. Cait mentions her mother and several friends who have never had to pay for a date. If that works for them, and their partners, congratulations, I guess. But that’s not everyone’s story, by choice or by circumstance. Generalizations are rarely accurate, and this article is full of them.

I dislike this article for a lot of reasons, but what I dislike the most is its lack of nuance and inability to coherently present thoughts about a complex question: In 2016, in a world full of dating apps and social media, how do we find love? This piece upholds one dating strategy — only going out with men who pay for dates — as the best and only choice a woman should make. There is an egregious lack of understanding that what works for one person doesn’t automatically work for someone else. An article full of directives as to what women should do dismisses the autonomy of women to make their own individual choices. An argument framed as gospel from one woman’s experiences and mistakes overrides the lived experiences of other women. Declaring a platform of men paying for dates as a feminist one detracts from the myriad other feminist issues women face every day like unequal pay, harassment, access to healthcare services, the glass ceiling, and more.

In my own pursuit of love, I’ve always looked for a true partner — someone who will share equally in all aspects of a relationship, financial and otherwise. The type of relationship Cait is searching for is not one I would ever be interested in, but I hope it works out for her.