The Money Problems Most Likely To End Relationships, According To Science 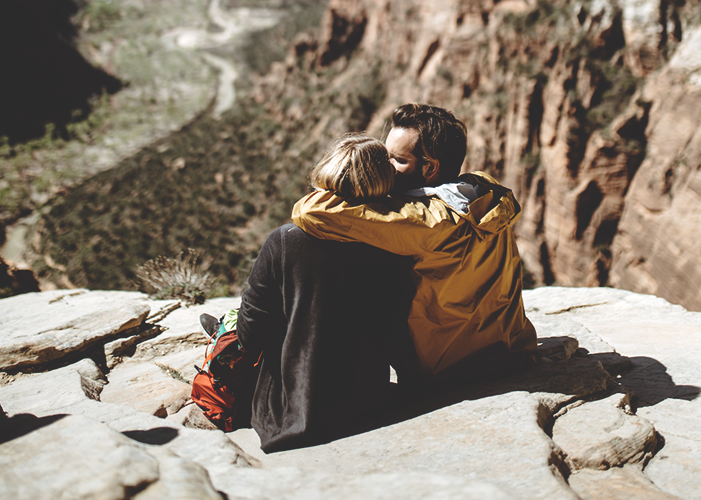 Money is a big thing. We all know that. (That’s why we’re here, both writing and reading TFD!)

In relationships, it is a bigger thing. If money can impact the health, happiness, and overall well being of one person, it comes as no shock that the impact is double when it comes to couples.

We talk a lot on TFD about how money and love coexist. Sometimes, money comes into play when we’re spending it foolishly in the name of love. Sometimes our love is the reason we have money to speak of. Sometimes, we fake love because we want or need money. Sometimes, it is the thing we set aside because the love we have for someone is bigger than their pile of debt. Sometimes, it is the very thing that tears our relationships apart.

I decided to look into it and find out what specific money problems are really the ones most likely to end relationships.

I am no scientist, and I’m certainly no Carrie Bradshaw, but I do have a laptop and a lot of questions. So, to the internet I went to find out, statistically, what money problems I should look out for if I want my relationship to remain rock-solid.

This 2015 Time.com article says debt should be a main concern, referring to it in the title as “The Money Problem Most Likely to Kill a Relationship.”

And this totally makes sense. In general, credit card debt is something that is seen as foolish, unattractive, and often attributed to poor, frivolous financial decisions. Student debt — perhaps a little more more socially acceptable, considering the fact that it is so common that Time even referred to it as a “condition of being young” — is even a problem. Massive student debt is seen as a liability when dating someone — it may even be a reason not to marry them. Personally, I’m in the “love trumps debt” camp, mostly because I happen to have a partner with massive debt, and don’t mind shouldering the burden a little bit in the name of love. However, it makes sense — going from “in zero debt” to “literally having negative-six-figures” after simply saying “I do” is a huge decision, and obviously a potential dealbreaker.

Luckily, the article also offers a few tips on how to prevent debt from hindering your relationship, so if you’re in this situation, it is definitely worth checking out.

But aside from debt (the obvious big one), what other money-things are big enough to actually ruin romance?

In 2016, this Psychology Today article explored five different money-scenarios that can be detrimental to your relationship’s health. Of the “5 Ways Money Issues Can Ruin Relationships”, almost all of them have to do with simply your thought process.

For example, point number two on their list is “Thinking secrets aren’t a big deal.”

In general, secrecy in relationship has the tendency to be a dealbreaker, or at very least something that leads to relationships problems down the line. There is a difference between telling a white lie that actually hurts no one, and routinely keeping secrets or deliberately leaving out important information about things while talking to your partner. Of the important conversations you may be having (or not having) with your partner, money might be the biggest one.

We make a lot of jokes about how women need to hide shopping bags from their husbands, or men don’t need to be honest about how much they really earn at their jobs, but financial secret-keeping can kill a relationship in the long run. This 2010 article from theguardian.com cites “financial infidelity” as one of the key money problems that can mess up a marriage. The article references a 2011 study, which found “that 31% of Americans who responded to a poll admitted lying to their partners about their finances.”

It also goes on to explain that the “lying” ranged from minor things, like keeping smaller, less-expensive purchases secret, to possibly “hiding something large, like a secret bank account, a gambling problem, or big debts.”

Whatever the specific case, lying and secret-keeping — especially when related to money — can lead to the demise of an otherwise solid relationship.

When entering into a relationship (especially a marriage), you are making a silent promise to be honest with your partner about all things. The same way we don’t (or shouldn’t — I’m see you, cheaters) cheat on our partners sexually or romantically, we shouldn’t be financially dishonest with them.