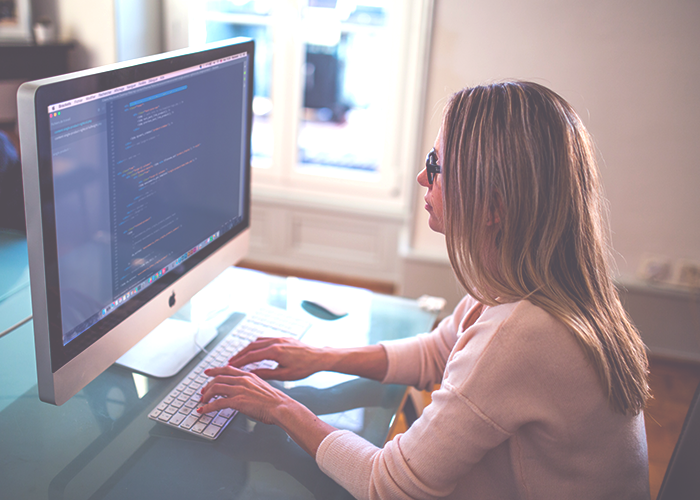 In my career, I’m someone who could be considered both a success story and a cautionary tale. As I wrote in a recent TFD article, I have landed a very good job in my field, and I’ve also been fired from it. But I have also landed a second job — who says there are no second acts in American life! — which I’ve been at for going on two years now. I was an intern, and, if I do say so myself, I was successful at my internships, but my first job was landed through more unusual and creative means. However, in my first and second jobs, I worked with many interns (the total is nearly a dozen now), and each one has been unique in his or her own way.

Of all those interns, four have gotten full-time jobs out of it, and within those four, it’s easy to see some serious similarities. It’s also easy to see, both in them and in looking back at my own time as an intern, how I was doing things wrong without realizing it. If I could go back to do everything again, there are a lot of really rookie mistakes I wouldn’t make. But no matter how obvious they seem now, they were hard to avoid at the time. From my experience in the industry, and from being the person whose job it was to lead interns through their time with the company into (hopefully) a full-time position, I’ve come up with a few big mistakes that make a potential employer never want to hire an intern full-time.

1. Wait for someone to tell them what to do. Probably the biggest issue with interns that anyone will tell you is their lack of self-starting. This could mean that they are just insecure about their role or they don’t want to create waves, or in the worst of cases it could just mean that they’re lazy. But either way, it means that they are not going to do something until explicitly directed to do so, and even if they complete their task to perfection, it still means that they had to be led around by the hand. Part of becoming a professional is learning the difference between “doing what you’re told” and “not needing to be told,” and most interns learn that the hard way.

2. Talk about work stuff on social media. For some reason, pretty much every intern I’ve ever had has been really bad about doing dumb shit on social media. And most of the time, this has to do with work-related things they’re posting. It could be sensitive information about a client or project, it could be a general complaint about work itself/someone they work with (always a terrible idea), or it could just be giving details about the workplace that isn’t appropriate. The rule should generally be: if you wouldn’t want your boss to read it, and you’re currently an intern on the bottom rung who isn’t even promised a full job yet, you’d better not f*cking post it.

3. Do the minimum of what is expected of them. Basically, a lot of interns will just do the minimum of what is asked and then wonder why they don’t get the job because they “did everything.” But the point is that you don’t get a promotion for just doing your job, you get to keep your job. And if your job is “intern,” then a promotion is a full-time position, and just doing the minimum is what is expected of you is not promotion-worthy. It can be very hard for interns to grasp the concept of going above and beyond, in my experience.

4. Be constantly on their phone. Interns are so bad about constantly being on their phone at work — Instagramming, Snapchatting, just generally doing shit that is blocked on the company computer — and it’s infuriating.

5. Complain about money. Basically one thing you should never do, if you’re an intern who is earning little/no money, is complain at work about being broke. It’s one thing to advocate for yourself with an employer about money-related issues, but it’s a whole other thing to just subtly air your grievances about not getting the money you need. First of all, often, the people you’re complaining to can’t actually do anything about your money situation, and second of all, this kind of sour grapes talk almost always gets back to the boss. I had an intern one time loudly sigh to everyone that she couldn’t go to a team happy hour because she “is so broke… but [we] know that.” She didn’t realize that the happy hour was paid by the company, and she also didn’t realize that making comments like that within earshot of a manager meant that she wasn’t going to be asked back.

6. Fail to advocate for themselves, or advocate for themselves irrationally. Interns often fall into one of two categories: they either don’t advocate for themselves, get more responsibility, get placed on projects, etc, or they ask for more responsibility even though they’re not completing the basic tasks they already have. Both the under-ly and overly ambitious types are bad, but they can both be solved by following a simple rule: Are you successfully completing the tasks you have in front of you? Good, ask for more of them, and if you want you can direct those things towards the sort of stuff you want to be working on. Are you not successfully completing the tasks you have in front of you? Then don’t ask for more stuff, either because you think it looks more fun or because you think it will look impressive to your manager to be asking for more. Ambition not backed up by hard work is not impressive.

7. Not ask questions. Without a doubt, the biggest reason I’ve seen interns not brought back in for a full-time job is because they didn’t ask questions, specifically when they didn’t know how to do something. I’m in a competitive field, and people can often be so petrified of losing their spot that they don’t want to come across as dumb or needing too much help by asking how to do something, which means they will unsuccessfully try for days or even weeks without letting the team know that it’s not getting done right, and then the actual employees will have to go in and fix everything at the last minute anyway. It’s the single most irritating part about having interns, and makes it so that you constantly have to check and re-check that they actually know what they’re doing, instead of just saying “yes” and walking away to their desk. When it comes to internships, take it as a time to learn (respectfully and thoughtfully), and always be taking notes. No one is going to think it’s great that you don’t ask questions when it means you’re coming up with incomplete work. It means you’re not going to get the full-time job.