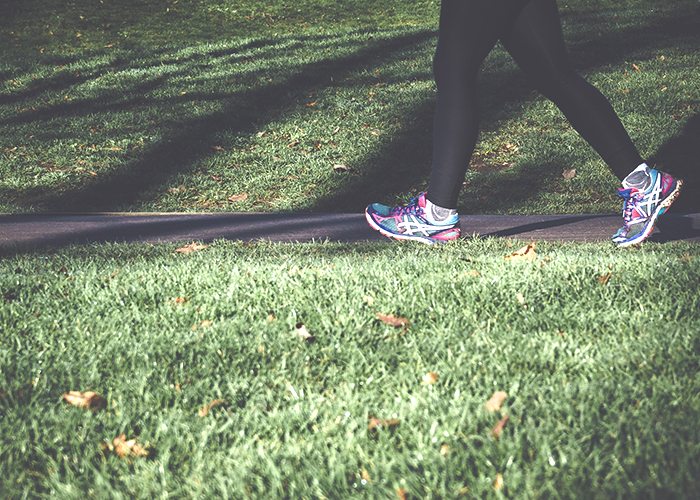 It was the first week of January 2017, and like everyone else and their mother, I decided to join a gym. A month after moving to a new neighborhood in Brooklyn, for the first time in four years there was a gym within walking distance of my apartment. It was literally seven minutes away — a distance so short that I couldn’t rationalize not going even during the coldest days of winter. Even better, it was an economy gym with monthly payments of only $20! As someone who had just emerged from a holiday season a few pounds heavier than they would have liked and looking for a convenient solution, I was overjoyed.

As a joining incentive, every new member was offered a free “fitness assessment” with a personal trainer. Momma didn’t raise no fool, so I knew that this wasn’t just a perk, and that they were going to try to sell me on personal training sessions that I likely couldn’t afford (publishing salaries are not great, surprise surprise). I’m not always good at saying “no” to things, though I’m getting better as I get older, so I literally prepared ahead of time what I would say when they inevitably started pressuring me to sign up. I thought I was ready.

Then I actually had the assessment, and realized how out of shape I had allowed myself to become in just a few months. My good track record of exercising regularly at the start of 2016 had all gone swiftly downhill after some leisurely vacations in the fall made it easy to fall off the wagon. Half an hour with the trainer and I was panting, exhausted, and annoyed at myself for letting my fitness level fall so drastically. So when the trainer and her manager began their sales pitch, instead of immediately whipping out my rehearsed, firm “no thank you,” I started to second guess myself. I did want to get back in shape, and I knew a trainer would push me harder than I would push myself. Some background here: after a thirty-pound weight loss over the course of three years, I have been stuck with the dreaded “last 10 pounds” for the past several years. I knew that I needed extra help to get over that plateau and build the lean muscle that had been my goal since the beginning.

So I told the manager that while I was interested in working with a trainer, I didn’t think I could afford it. Being the accomplished saleswoman that she clearly was, she started haggling with me. And let me tell you, she was selling HARD. She brought the price down by $20 per session (making it $50/session, three sessions/month, plus tax), and offered to give me the benefits of a VIP gym membership (a $30/month value) but at the $20/month price I was already paying. Eventually she talked me into it, and I signed a contract that I wasn’t allowed to cancel for an entire year. Then I went home and promptly panicked.

In one night, my monthly gym payments went from $20 to $180. Having just moved apartments, my bank account was still recovering. And I was frustrated with myself for caving to the pressure that I had been anticipating, and thought I was prepared to deal with. It wasn’t great. But then I did something that I had never done before: I sat down and made a budget. Rather than succumbing to the panic and not taking any real steps towards fixing the situation, I followed the template I found on TFD and planned out my new monthly expenses. And, surprisingly, I found out that I could swing it! Provided I started diligently bringing my lunch to work from home and cutting down on ordering Seamless deliveries, I could make it out of the month with some money left over for fun, even after accounting for the money I was putting into savings. I was shocked and delighted. I hadn’t doomed myself to financial ruin, I could still have a social life, and perhaps this would be the kick in the pants I needed to do the things I knew I should have been doing anyway but had been putting off out of sheer laziness. While I was nervous that my lazy girl habits would rear their ugly heads when I didn’t plan ahead, I was determined to make it work. After all, I didn’t have much choice.

Fast forward several months, and I’m happy to say my finances are actually in better shape than they were in January! Yes, that is due in part to my tax refund and a larger-than-expected bonus from work that I was very grateful to receive in March. But it is also due in part to the fact that I have been bringing my lunch to work more, and that I haven’t ordered Seamless since March. Don’t get me wrong, I’ve had a few slip-ups here and there, and the start of a new relationship has caused me to go out to restaurants far more frequently in the past two months. But overall, paying for an expensive gym membership has actually been beneficial to me in ways that far exceed the improvements to my health that have come with the training and cooking healthy meals at home. I’m also keeping better financial habits than I did before, and all because of a “mistake” I made.

Please understand that I’m not suggesting everyone go out and join a luxury gym or sign up for sessions with a trainer. There are plenty of cheap and free ways to exercise that will help you keep in shape and won’t break the bank. This is simply the story of how I turned a decision that I thought was a bad one that would break the bank into one of the better choices I’ve made in the last year. And I’ve got the muscles to prove it!

Hayley Jennings works in Publishing and lives in Brooklyn. She loves reading, coffee, dogs, and burritos.