What I Learned From Doing One Of Those No-Phone Challenges 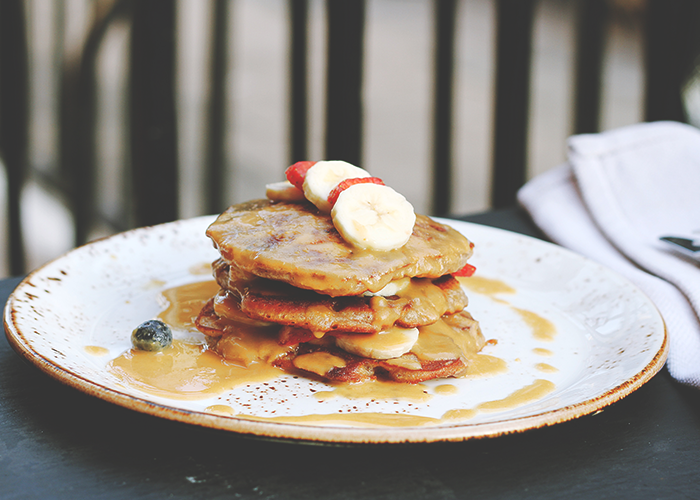 “Throw out your television.” It must be nearly ten years since I first got this advice. Since then, I have prided myself on being a more conscious viewer. I watch far less TV than I did growing up. Instead of channel hopping, I plan TV into my schedule as part of winding down, and I know I’m better for it. Like hundreds of other bloggers, I proudly wear the badge that states: I watch less television than you. But it’s all bullsh*t. Yes, I may watch less television, but what that really means is I still use screens just as much as anyone else. I’ve just replaced one form of screen time with another. I may watch less TV, but I use my laptop and my smartphone for several hours every day.

Research shows that screen addiction is harmful. Remember the awareness campaign Look Up? Looking down and looking at our screens too often can mean not noticing the world around us. It means missed opportunities to interact with our environment and new people. Research also shows that eating whilst watching television or using a computer makes you eat more. Since we’re distracted by what we’re looking at, we’re less focused on what we’re eating, and our brain finds it more challenging to determine when we are full.

There can also be a negative impact on relationships. Since mealtimes are an ideal time for families to come together, screens become a source of tension — interrupting the flow of conversation and quality of social interaction. When I worked at a large company, I remember the look of frustration on my colleague’s face when, in the middle of a conversation at lunch, our other colleague took their phone out and started texting. We knew where we stood. We were less important than whoever our colleague was texting.

Since I often eat alone, I wondered whether there were any benefits to banning screens at mealtimes. I regularly work online at breakfast on my own and feel as though I’m more productive. I decided to try an experiment to ban screens at mealtimes. Here’s what I learned after doing so for a week.

At breakfast, I started thinking about what I wanted to achieve that day. What’s the one outcome that would make this day awesome? I also considered my physical and mental well-being: had I slept well? If I hadn’t slept well, I whittled down my aims to the most essential for the day to avoid early burnout. If my energy level increased during the day, I added an aim back in, but I only did so if I felt I could handle it. By setting more reasonable expectations at the beginning of the day, I felt more motivated, and I ended up reaching my aims before dinner. At lunch, I reflected on what I’d achieved so far and what more I could do to get closer to hitting my goals. What more can I do to lighten the workload of my colleagues?

I also considered how the food I was eating made me feel. Was I sluggish or energized? I started keeping track of what I ate in a food diary, which helped me figure out that I was getting stomach aches when I consumed more than 8 servings of fruit. I’d been getting these stomach aches intermittently for several years, but assumed it was because of my posture. At dinner, I reflected on the highlights and lessons of the day. What had gone well? How could I do better next time? What didn’t I achieve and why? In summary: I was more present, I was more reflective, and I appreciated my day more. I also asked better questions about my next steps, and listened to what my body was telling me.

I Thought More About My Family

During breakfast, I wondered whether my nephew was taking a nap, and what household chore my sister was doing. At lunch, I pictured my mum at the dining table, carefully leafing through the newspaper whilst trying to fight off sleepiness. At dinner, I thought about what my parents were watching on television, or what they were talking about. Were they looking forward to retiring? I thought about my partner and his day so far. Did his client meeting go well? Did he go to the market for lunch?

I thought more about whether those closest to me were having a good or bad day. I found myself thinking more about their happiness than my own. I realized that I didn’t spend enough time with those closest to me, which made me free up time in my diary. By not being distracted, I was able to pay more attention to those around me, and how I’d really like to be spending my time. I was thinking about how I could make their lives better. I thought about how to be a better partner, daughter, sister, aunt, and friend.

I Turned Problems Into Challenges

Instead of waiting until I’d switched off my nightlamp for all my problems to hit me, I thought about them earlier in the day. I think part of the reason we think about problems at night or when we’re in the shower is because our brains have fewer distractions. If we remove other distractions during the day, we can tackle our problems earlier. At dinner, I was thinking about how I could stop taking my work stress home with me. Could I write down everything that was bothering me in a journal that I left at the office? Could I delegate some tasks to my colleague? Could I postpone tasks to next week? The next day, I could go to work and put my ideas into action. When I used to think about them just before I went to sleep, I was not only in no position to solve my problem, but I also slept terribly as a result.

I also found that I was thinking more consciously about what food I ate and whether or not my diet was balanced. How could I increase variety? How could I reduce my food bill without compromising on quality? It was easier to think through food problems at mealtimes because they were relevant. I did nearly slip on my ban a few times to look things up on my phone, but each time I felt that temptation, I took pen to paper and wrote down what I wanted to look up after I’d finished my meal.

By removing the distraction of my phone or laptop at mealtimes, I could focus more on being present: tackling my challenges, appreciating the highs and lows of each day, and thinking more about the important people in my life.

Maureen is a personal finance enthusiast, blogger, personal finance mentor and DIY-investor. She’s on a mission to get everyone to be on top of their personal finances and feel good about doing so. She writes on productivity and minimalism on her blog, The Life-Life Balance.