Why Your Digital Detox Didn’t Work — & What To Do Instead 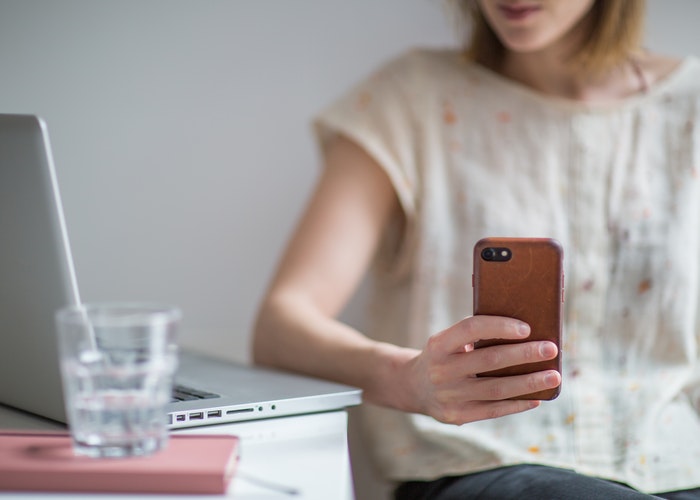 This article originally published on Jul 13, 2020.

I have a complicated relationship with minimalism. For me, the minimalist blogosphere of the late aughts was my entry point into digital media, inspiring me to start my own blog and learn how to manage my finances. I’d always been too shy (read: terrified) to share my writing with anyone other than my mom and my high school English teachers. Reading these bloggers’ messy and exceedingly human stories gave me the courage to finally start writing for other people.

Modern capitalism has us hardwired to perpetuate its continuous cycle: produce, consume, repeat.

As I began to confront my many privileges as a young adult, however, I slowly but deliberately drifted away from minimalism. That my interest decreased in direct inverse proportion to its popularity is not a coincidence. It’s no secret that minimalism has a race and class problem. As minimalism gained traction in popular culture, its proponents’ failure to speak inclusively on these issues became harder for me to ignore. I eventually dismissed the movement altogether. Then, digital minimalism happened.

What Is Digital Minimalism?

Digital minimalism is about being intentional with our use of technology, stripping away the tools that don’t serve a purpose or spark joy, à la Marie Kondo. And it appealed to me because unlike mainstream minimalism’s exclusionary practices—several blogs actually encouraged people to toss items that can be replaced for under $20, as if that’s not a significant sum of money for some people—digital minimalism is accessible to almost everyone. Eighty percent of the global population has a cell phone, after all.

The general idea of digital minimalism has been floating around for a long time, but last year it had what can only be described as a moment. Cal Newport’s book of the same name dropped in February 2019, followed shortly by Jenny Odell’s book How to Do Nothing: Resisting the Attention Economy two months later. Writers often mentioned both in the same articles blaming the “slot machines in our pockets” for our discontent and burnout. Reviewers touted the digital declutter as the miracle solution that would finally help us feel grounded, achieve maximum productivity, and not start our mornings doomscrolling on Twitter.

The siren call of the digital declutter was so seductive that I broke my own library-only book rule and dropped $26 on a shiny hardcover copy of Digital Minimalism: Choosing a Focused Life in a Noisy World. I devoured the book and promptly embarked on my own month-long digital declutter. I was convinced that this–this!–was going to help me feel good about my relationship with technology and finally, as Digital Minimalism promises, become one of those “calm, happy people who can hold long conversations without furtive glances at their phones.” And for a while, it did.

Thirty days of using only the bare-bones technology I needed to maintain relationships and not get fired from my job did help me make some pretty significant shifts in my life. I deactivated my Instagram and immediately felt a thousand times better about myself. I spent less time in front of various screens and more time out in the world. I was able to take a trip with my family and focus more on experiencing travel rather than documenting it. But the changes I made didn’t last. My digital declutter didn’t fundamentally transform my relationship with technology or make me feel better. It also didn’t work for several crestfallen friends who, like me, had experimented with digital minimalism only to find themselves no more fulfilled or content than before.

Why It Didn’t Actually Change Anything

Rather than opting out of the attention economy in service of participating in capitalism in other ways, Odell critiques the value of productivity itself.

It was only after I read Odell’s book a year later, the aforementioned How to Do Nothing, that I understood why my digital declutter didn’t make me happier. Odell’s thesis centers around the concept of the attention economy, which she described in an interview as “this perspective in which time is money, and you should have something to show for your time – either getting work done, or self-improvement, which I would still count as work.” This wasn’t an entirely new concept to me–Newport also rails against the attention economy in Digital Minimalism–but Odell, an artist, makes a different case against its tyranny.

Rather than opting out of the attention economy in service of participating in capitalism in other ways, i.e. being more productive, Odell critiques the value of productivity itself. She encourages us to spend less time on Facebook and Twitter not so that we can become better workers, but so that we can be more human. “Our very idea of productivity is premised on the idea of producing something new,” Odell writes, “whereas we do not tend to see maintenance and care as productive in the same way.” I discovered that this obsession with productivity was why my digital declutter didn’t make me happier. Newport’s focus on optimization centers on the output we can achieve when we’re not distracted by our technology. I guess that’s to be expected from someone whose repertoire includes titles like Deep Work: Rules for Focused Success in a Distracted World and So Good They Can’t Ignore You. I may have been more focused after my digital declutter, sure, but what was I focused on? Work. Production. Doing more by way of digital minimalism, not less.

The Major Flaw Of Digital Minimalism

While they ostensibly make more room in our minds and schedules by reducing our digital consumption, they really just clear space for consumption of a different kind.

The problem with digital declutters is that while they ostensibly make more room in our minds and schedules by reducing our digital consumption, they really just clear space for consumption of a different kind. Modern capitalism has us hardwired to perpetuate its continuous cycle: produce, consume, repeat. When we create a void in our lives by removing the online activities and digital tools that previously took up our time and energy, we don’t immediately stop engaging in the cycle. We can’t because we’ve been told our entire lives that production and consumption are the hallmarks of a “good” life. Think about it: we even refer to good people as “productive members of society.” So we simply participate in a more socially acceptable manner. Spending less time on our devices and more time working, whether on ourselves or at our actual jobs, keeps the growth economy engine running.

Attempting a digital declutter with the goal of working more efficiently doesn’t actually make us feel any better. We’re just opting out of the attention economy in a way that keeps us tethered to other pressures. If we’re not frittering away our hours on Instagram or Netflix, says the digital minimalist, then we better be doing something useful with that time.

How To Break The Consumption-Production Cycle

Rather than redirecting our attention towards the activities that society tells us are good, we need to determine whether and why we believe those activities to be worthwhile in the first place.

I don’t blame us for wanting to fill empty space with productivity. It’s what we’re trained to do from a young age. I’m also not saying we should replace social media with just sitting and staring into space. Neither is Odell; she writes that “There is a kind of nothing that’s necessary for, at the end of the day, doing something.” As I’ve argued, simply removing our attention from our digital tools without refocusing it on something else won’t make us happier. We’ll fall back into the production/consumption cycle. That’s a recipe for more exhaustion and burnout, not less.

The question that remains is what we should do instead. The digital declutter is an attractive method because it’s easy: There are rules, a clear recipe to follow in order to achieve success in our battle against digital distraction and the attention economy. But this approach doesn’t really create lasting positive change in many of our lives. The path to happiness and fulfillment in the digital age is less straightforward. It involves a deeper interrogation of where and how we direct our time and attention, and what those choices say about our values and identities in a world that is constantly trying to commodify them. Rather than redirecting our attention towards the activities that society tells us are good (work, productivity, achievement, personal improvement, growth), we need to determine whether and why we believe those activities to be worthwhile in the first place.

Once we’ve done that, we can turn our attention and our minds to the here and now. I strongly suspect that part of the reason replacing digital distraction with more output keeps us unhappy is because we’re still missing out on the present moment. We remain disconnected from ourselves, our people, and our surroundings.

The alternative to the digital declutter I would like to propose is akin to the difference between dieting and intuitive eating. Dieting is focused on the removal of “bad” foods from our regular consumption in favor of eating only “good” foods. Intuitive eating, on the other hand, is about tuning in to our bodies and adjusting our eating habits in ways that make us feel good. Similarly, rather than obsessing over the digital tools and technologies that we believe are bad or wasteful in favor of supposedly good or productive activities, I suggest that we reclaim our attention in order to spend more time discovering what makes us feel restored, connected, and supported in our lives.

The tricky part is that, like intuitive eating, approaching technology in this way means it will look different for everyone. What makes me feel good might not work for you, and what helps you feel connected to others might be a total energy drain to me (Zoom calls, anyone?) There’s no foolproof rulebook I can outline here for you to follow. What I can offer, however, is a series of questions to ask yourself that will help you figure out what feels good, what doesn’t, and how to use that information to adjust technology’s place in your life accordingly.

While these questions won’t give you a quick answer to the question of what role technology should play in your life, they will get you started down a path of observation and reflection. And that is the first step towards happiness in the age of distraction.

Sarah Doyel is a writer and researcher currently based in Tunisia by way of Washington, DC. When she’s not behind her laptop, she’s running, reading, or drinking an entire pot of espresso. Read more of her work at www.sarahdoyel.com.