Click here to join The Society at TFD!
Health & Fitness 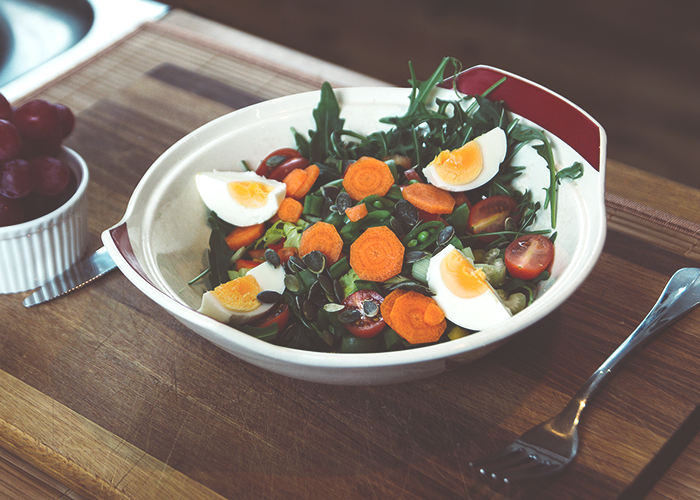 On August 3rd, 2017, I booked an appointment with a nutritionist, printed off her nutrition assessment, and then went to the office bathroom and cried. Eight days later, at 7 AM, I entered into recovery for my eating disorder. It cost eighty dollars.

It was some of the best money I’ve ever spent.

I’m 23 years old, and have battled with my eating disorder (ED) for over a decade. During this time, it has taken various forms, but the one I’ve most often come back to is Restrictive Type Anorexia Nervosa. I would eat, but in incredibly small amounts, and obsessively count calories, averaging out to a daily caloric intake of about 1,000. I am incredibly adept at justifying these behaviors, and have told myself it doesn’t “count” as having an ED, because I’ve never been severely underweight, never gotten sick because of it, and could and would still eat.

I ignored that I was already sick, and called my obsession with my weight a “commitment.” I told myself I was just “committed to “healthy living,” and that I was just trying to do what was best for me. For more than 10 years, I’ve time-and-again cried to my wonderful and patient mom as I called myself fat and ugly and begged to be skinny. I rolled my eyes as my older sibling, who has always been better and more than I deserve, texted me day after day with gentle reminders to eat, “even just some toast or something.”

For more than 10 years, I have carried these burdens on my shoulders, devastated that I would never be skinny enough, as if the sum of my parts could be stitched into a waistband. For more than 10 years, I’ve denied what was happening. And on August 3rd, 2017, I admitted the truth. I booked an appointment with a certified eating disorder specialist.

A week later, on August 10, I had a consultation, which cost the aforementioned $80. I go back in a month. That visit will also cost $80. I said the words “I have an eating disorder.” The nutritionist…my nutritionist…told me, “I’m so glad you are here.” For an hour, we talked about my diet history, what factors determine what I do or do not eat, and what recovery means to me. I felt myself justifying my past behaviors, trying to explain away the destructive habits. I talked and talked and talked. About the time I’ve spent trying to whittle myself into nothing. About the money I’ve wasted on the diet that “will certainly work this time.” The conversation was difficult. I’d never talked so overtly about what was wrong. I cried a lot. I agreed to go back.

It’s been almost a month since my first appointment, and I have slowly started to make changes for a life in recovery. Agreeing to pay $80 a session for the foreseeable future meant I had to adjust my budget. Before beginning recovery, my “reckless spending” (yes that’s actually what I call it) budget outsized my grocery budget by about $125 a month. I looked for a distraction from eating and would run off to Ulta or Target or Amazon to buy stuff I definitely didn’t need or want. I was trying to fill the hole in my stomach with…well, anything but food. I thought if I just tried hard enough, just spent more money, a new face mask could and would be just as satisfying as eating.

Now, I’ve begun decreasing my “fun money” budget. It still outsizes my grocery budget, but only by about $90. It’s not perfect, but it’s a start. I’ve also added a line for healthcare spending. The $80 now has a permanent spot on my excel spreadsheet. To account for this new expense, I’ve decreased my clothing budget. I hardly ever buy new clothes, I rarely spent this monthly allocation anyway, since shopping spikes my anxiety and am still trying to work out my personal style, so moving that $30 from my clothing budget was a no brainer. I also cancelled my subscriptions for stuff I didn’t even remember I was subscribed too, uncovering about $20 in the process. My budget isn’t perfect and will adapt as I progress in recovery, but no matter what, that $80 will be accounted for. It’s a necessity — right up there, with rent and utilities.

The financial changes are, and will continue to be, the easy part. The personal and emotional work that lies ahead can’t not be accomplished by adding another line in my budget. I’ve slowly started to make changes. On the advice of my nutritionist, my scale now lives in my trunk because “you are literally never going to weigh yourself in a parking lot.” I’ve deleted all the calorie-trackers off of my phone and unsubscribed from my “wellness” newsletters and social media accounts that make me feel guilty. I’m trying to eat at least two real meals a day and stop trying to dull my hunger through caffeine. And I’m trying to cook more. Something I love to do. And I’m trying to actually eat what I cook. It’s a process. It’s work. It’s worth it.

Eighty dollars is a small price to pay to take back my life.

Conni is a writer who works in finance and thinks you should be saving for retirement. She is loud, opinionated, and on Instagram and Twitter.