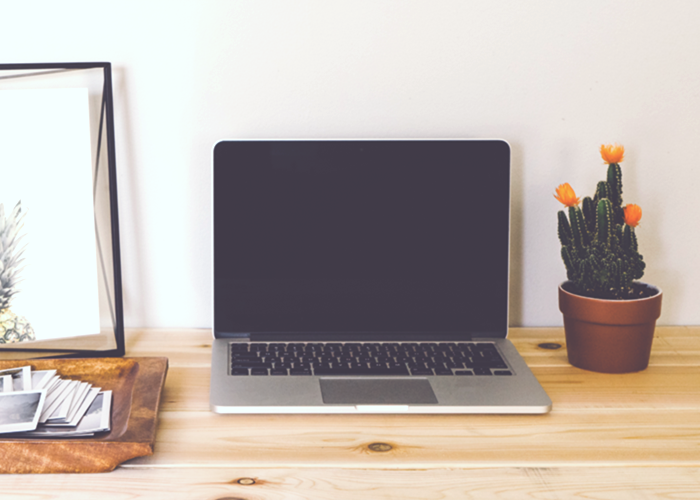 Let me start off with a confession: I’m 28 and have never had a “real job.” I put that in quotes because, God knows, I’ve worked my ass off at the job I’ve had. But a 9-to-5, full-time with benefits? You won’t find that on my resume.

It’s not for lack of trying. Yes, I spent the first few years out of college waiting tables and trying to pursue a creative lifestyle. I had no idea what I was doing, however, and all that did was stress me out and keep me broke. I did want to work a traditional job. I just couldn’t find one.

I spoke recently here on TFD about three factors outside my control that I think may have worked against me in my job search process. Combine those with the Great Recession and my lack of coding skills, and you can see why I’ve spent years applying for full-time work with no results.

Don’t get me wrong, I haven’t been unemployed forever. My resume has some great employment history. I’ve got skills and experience with everything from SEO optimization, fundraising, and event planning. In a way, I’ve diversified my skill set and made myself a more attractive candidate for hire because I’ve been forced to by job scarcity.

Working continually at a part-time rate early on in one’s career can be a financial nightmare. Your twenties are the most important years to start investing, due to the power of compound interest. It’s also the most important time to pay down debt and set your credit record on the high road. It’s the crucial time of life to build up a savings cushion. But when you’re living off a part-time income, you may simply not have the money to do all those things. I know I wasn’t able to start saving for retirement until I was 27. That’s early for some, but quite late when it comes to reaping the long-term benefits of compound interest.

It’s also difficult to build a freelancer resume that can compete with those who have found full-time work. Again, I feel pretty good about my resume. But that’s mostly due to the strong relationships I’ve built with my co-workers and bosses, and the hard work I put in to get every perk I could out of those part-time gigs. I know I have great recommendations and solid experience to speak to in an interview. But the longer I went without landing that 9-to-5, the more I realized that I may never fit into the mold of a traditional job. At the tail end of 2014, I started a blog to track my journey out of student loan debt. I graduated with $25,302 of debt, and still carried $18,000 in 2014. As I blogged about what I did to generate extra money and curb my spending, I accidentally started a viable freelance writing career.

I wrote guest posts for other bloggers. I started social media channels. I networked with those in my field. I wrote religiously on my own blog. It was fun for me! So, in the middle of June 2016, I left my part-time nonprofit job and made the leap into freelancing full time.

Freelancing might not seem like a real job to many people out there, but we live in a “gig economy.” Freelancing is the way of the future. According to Forbes, in four years, 50% of the workforce will be freelancers. People like me are turning to creating our own jobs because the job market simply doesn’t have them. I’m in the second half of my twenties, and it’s become very clear to me I could either spend the next few years continuing to chase a job that doesn’t seem to exist, or I could build my own.

I chose the latter. The post-Recession professional market is something the entire world has never seen before. We have to generate new answers for the new questions and problems that exist now. I’ve been getting paid to write consistently since I started my blog. In the beginning, a lot of the work was for $10-$20 a post, but the track record of my work is there, easily found on Google, a testament to my industriousness and reliability for future hire. I can’t say that about a full-time office job, where hours of emails and phone calls come and go without a trace. Plus, by running my own show, I can move in any direction I want: I can work solely as a writer, or I can market products that I build. I can become a speaker. The sky’s the limit, and I can build my career in any direction I want.

Freelancing is hard, and it is an unsteady income stream. Monthly hauls vary greatly; my rates vary, project to project. I’m in charge of all my own promotion, business management, and of course, writing. If I take a day off and don’t write anything, I make no money. It’s easy to romanticize freelancing, but it requires dedication and hard work to make a livelihood from it.

For me, the risk is worth it: leaving part-time work to get my own career going was a small, calculated risk. It wasn’t as if I was leaving a high-paying, full-time job with a national company and health benefits to strike out on my own. I crunched the numbers before I left my job and realized that, with my existing client base, I would probably make just slightly less in freelancing over the next five months than I would have made at my part-time nonprofit gig.

If, however, I can secure a few more clients in the coming months, I can easily bypass my old income. By like, a lot. The flexibility and endless work opportunities of a freelancing lifestyle afford me more earning potential than I had at my nonprofit job (and certainly more than I had while sending out endless applications!). The whole time I was searching feverishly for a “real” job, the foundation of writing skills and the chance to make more money were sitting right in front of me: adversity took my blinders off and made me realize I had to take a chance on myself.

I haven’t found the magic silver bullet to solve all my work issues. But for the first time in my career, I feel like I’m in control. Rather than waiting for another rejection letter while working part-time jobs that don’t lead anywhere, I finally feel like I am on the way to a “real” career, on my own power.

Kara Perez is a freelance finance writer who blogs about living the good life for less at From Frugal To Free. After conquering her student loan debt, she’s striving to save more and live debt free forever. You can find her on Instagram and Twitter.